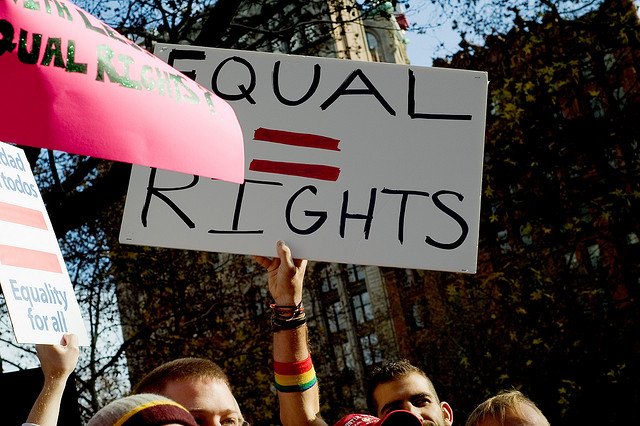 It’s disappointing that our Governor thinks supporting transgender student athletes is “problematic.” As reported by the Huffington Post, Governor Mark Dayton, when asked at a recent debate whether he supported “allowing transgender high school students to participate in sports based on their gender identity,” Dayton, like the other gubernatorial candidates deferred the decision to the Minnesota State High School League, saying it was a complicated issue. “Giving transgender students the choice of which team they want to play on is, I think, problematic,” he is quoted as saying.

It’s the wrong answer. The right answer is to follow the bill that Dayton supported and signed into law, the Safe and Supportive Schools Act, which requires districts and schools to “establish strategies for creating a positive school climate and use evidence-based emotional learning to prevent and reduce discrimination and other improper conduct.”

How, may I ask, is denying young people the opportunity to participate in sports because they happen to be transgender reducing discrimination? It seems to me that it actually encourages discrimination, not by other kids but by the school itself (which has the ripple effect of encouraging discrimination from students). Naysayers might argue- oh, well they can still play sports as long as they play on the team whose gender aligns with that on their birth certificate, but that doesn’t work, because in that case you would be requiring a student to deny their very identity just to participate in an athletic activity. That doesn’t seem very fair, does it?

If you’re going to be supportive of transgender and gender non-conforming students, the correct thing to do is to actually listen to them. Why not actually hear what they have to say instead of making all kinds of assumptions about what their motives are? Why not, when a child says that they identify as transgender or gender non-conforming, simply believe them? If you do, than the next course of action is as simple as can be. You support them in achieving their goals and reaching their dreams as the gender with which they identify.

I encourage our governor to listen to Zeem Porter’s speech that she gave at the community meeting the afternoon before the Minnesota State High School League voted to postpone their decision.

I was there, and I can’t tell you how moved I felt listening to their speech (Porter prefers ‘they’ as a pronoun). In their words and in their emotion lies the entire argument for allowing transgender students to play on the team of their choice. Because for Porter, with all the transition they are going through and all the difficulties that go along with coming out as trans, couldn’t we at the very least allow them to do this one thing that makes them feel good about themselves? What exactly is the harm?

I listened to the two hours of speeches that day, and the additional speeches that were given the next morning. The majority of these speeches against the new rule were so filled with hate and fear and misinformation I wondered if I had been transported to some other state. Surely Minnesotans aren’t this bigoted, are they?

I heard people unapologetically saying that someone else’s gender identity was against their beliefs, that somehow these children were just going through some phase. The worst and most scary argument, of course, was that girls would have their privacy threatened in the locker room, even though the proposed draft of the new rule said nothing whatsoever about locker rooms, making such decisions the purview of each school.

All of those arguments ignore actual evidence, which suggests that being a transgender isn’t some phase, it’s not something a person just makes up and isn’t a choice. These arguments ignore the fact that trans youth are much more likely to be bullied, harassed or sexually assaulted than non-trans students, not the other way around. Transgender students are in fact an extremely vulnerable population, especially at a young age and in need of protection, validation and support, not demonizing.

The other argument opponents of inclusion professed was that somehow allowing transgender students would give transgender female athletes an advantage over non-transgender female athletes. To me, it’s ridiculous to think that suddenly, if we allow transgender student to participate on the teams with which they identify, there’s going to be this sudden onslaught of transgender women sopping up all the spots on the varsity teams and taking up all the scholarships. We’re talking about a very small percentage of the population of students who are transgender, and an even smaller percentage who choose to participate in sports.

If there’s a few of those transgender women that excel, why not allow them to do so? As a feminist and a former athlete, I’m appalled by other women who seem to be threatened by transgender women and those on the non-binary spectrum. Look, feminists have a lot of battles on our plate. We’ve got our reproductive rights under attack, we have a persistence of rape culture that threatens all of us, we continue to make less money and have less of a voice than men. Why on earth wouldn’t we welcome allies to our fight for equality and justice? The trans community (not to mention the greater LGBT community as a whole) can help feminism to grow stronger, and the sooner we start recognizing that instead of squabbling about chromosomes, the stronger we will be.

Let’s be done with this fight. If we are a state that purports to value inclusion and diversity, that condemns discrimination and inequality, the only correct answer is to embrace transgender youth, to support them and to allow them to participate in activities without having to deny their true identity.