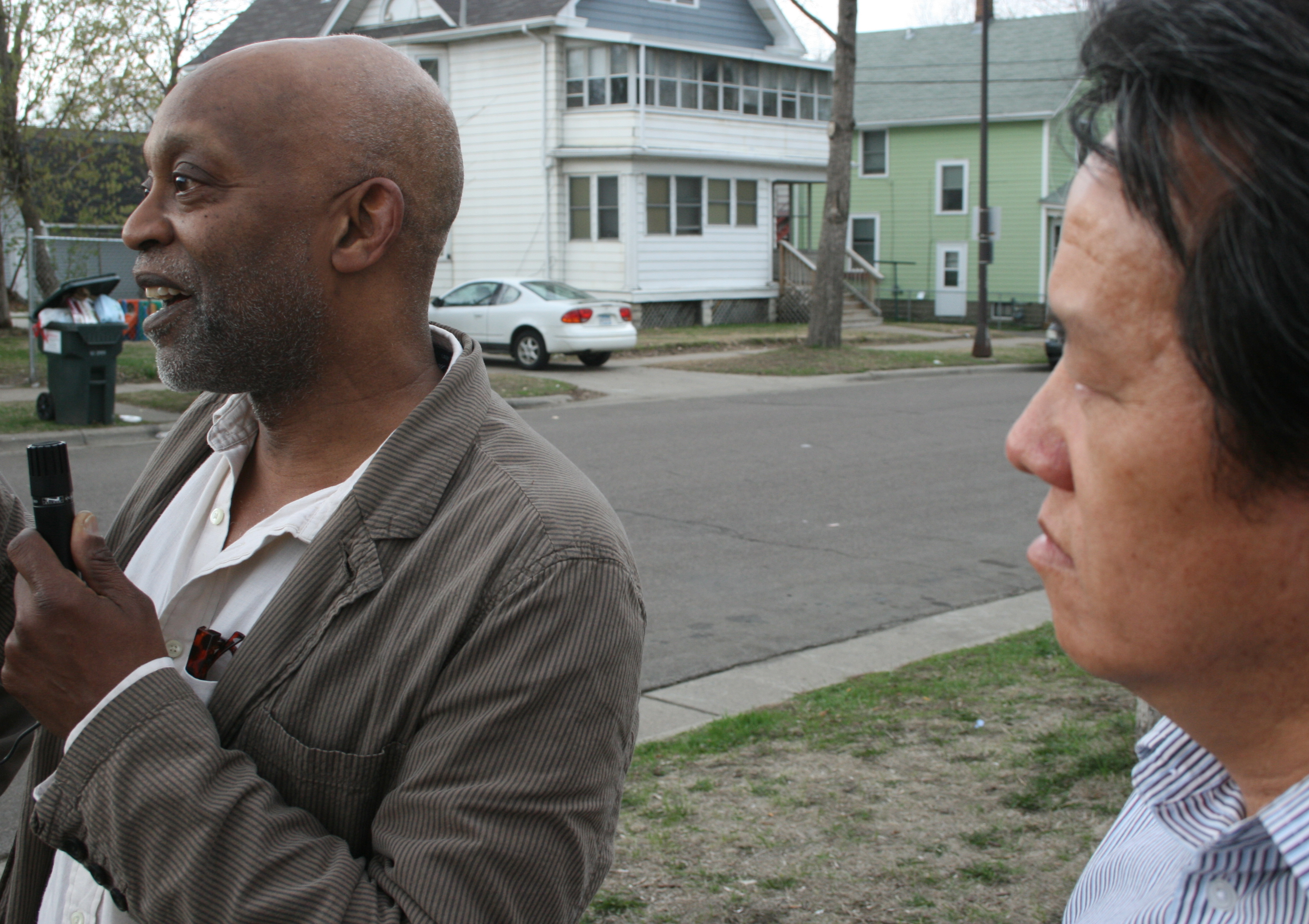 “What makes people love where they live, and why does it matter?” “What bonds residents to a city and how can a community foster those emotional ties to drive economic success?” Those are questions explored in the Soul of the Community Project, a major initiative of the John S. and James L. Knight Foundation and Gallup pollsters. They were also the focus of several presentations by Dr. Katherine Loflin during her Placemaking Residency in the Twin Cities in early May. Loflin was lead investigator for Soul of the Community while at Knight.

Among the events held during Loflin’s residency were a presentation and workshop, “Measuring and Understanding Place,” held at the Wilder Foundation, and a walking tour of portions of St. Paul’s Frogtown and Summit-University neighborhoods, combined with a discussion and placemaking brainstorming session. Both took place on May 8. 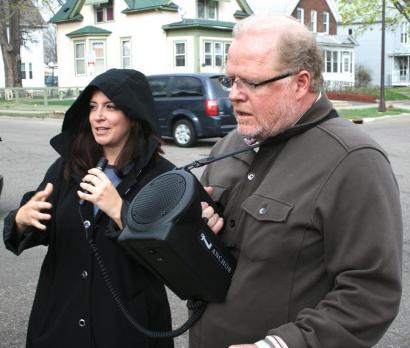 Finding the place you never want to leave

Soul of the Community involved random phone interviews with 43,000 residents of 26 cities, spanned three years (2008, 2009, and 2010), and covered 10 different aspects of community life. One important finding was that regardless of where people lived, and what state the economy was in, three things stood out as most important to them.

Loflin said that people are more likely to be “rooted,” not simply “satisfied” with a place, if it: 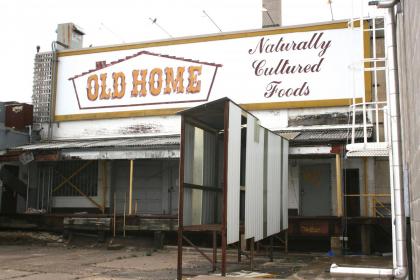 The Old Home building is poised for a new chapter

Why does all of this matter? One of the biggest stories uncovered by Soul of the Community, said Loflin, was that levels of attachment remained basically the same over the course of the three years, even during the severe economic downturn that occurred in the midst of the study.

Unfortunately, she said, focusing only on what’s wrong, i.e., the deficits of a community, is the norm. Everyone comes to know what’s not working and may not see what is. When a place’s strengths or assets go unrecognized and are not honored, communities fail to leverage new opportunities. This can be especially problematic during challenging economic times.

With limited appreciation of a place’s strengths comes diminished attachment and community pride, which results in “cookie-cutter” development that can be found anywhere. This further diminishes the bonds that residents form. If, however, people love the place where they live, appreciate its strengths, and understand what assets can be built upon, higher levels of economic growth will follow. 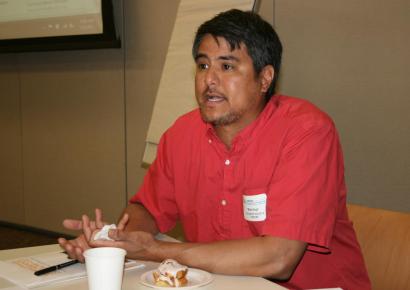 Bringing everyone to the table

One finding of Soul of the Community that came as a surprise to many, Loflin said, is that residents of lower-income neighborhoods often have a higher level of attachment to their community than those living in higher-income areas. It was a finding that shifted how one Charlotte, North Carolina neighborhood was perceived.

Now, instead of remaining invisible, the neighborhood has come to be viewed for its strengths. It’s featured in brochures and guidebooks–something it had not been before–and a book has been written about it. Most importantly, its residents have “a seat at the table,” allowing their voices to be heard in community discussions. 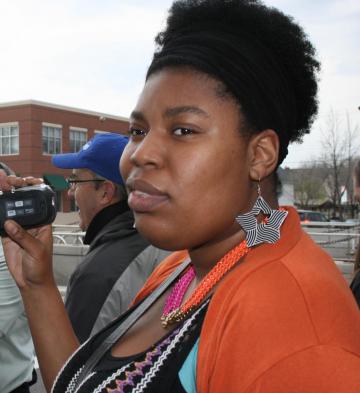 Loflin noted that another finding of Soul of the Community was that Twin Cities residents, on average, are more attached to their communities than people in the nation as a whole. She sees a correlation between that level of attachment and economic growth in this metropolitan area.

Placemaking, Loflin stressed, positions residents as experts about their community, so as part of her residency Loflin provided opportunities for the residents of Minneapolis’s Prospect Park and St. Paul’s Little Mekong district to explore on foot and then lead conversations about what has attached them to those particular places, and where they see opportunities for change. Mai Village served as home base for St. Paul’s walk and discussion. 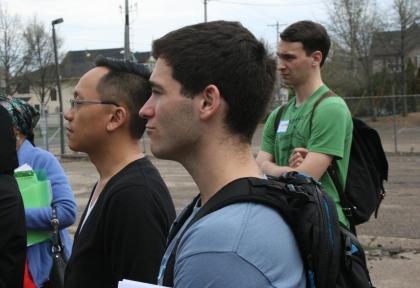 One highlight of the walk was a mini-history of the neighborhood by artist Seitu Jones, whose family roots in the area run deep. Like Va-Megn Thoj, executive director of the Asian Economic Development Association (AEDA), Jones noted the rich cultural diversity of the community, pointing out that it’s become less segregated over time.

Jones spoke about some of the innovative projects emerging around gardening and food production in and around Frogtown. He’s currently working on The Community Meal, a nearly three-quarter mile long dinner table along the light rail’s Central Corridor.

At a final stop, Va-Megn Thoj told of plans for more public spaces near Mai Village, including a new park and use of alleyways. AEDA has spearheaded efforts to call attention to the Asian business and cultural district by rebranding it “Little Mekong.”

Participants in the walk then reconvened at Mai Village to brainstorm new projects that would build upon the community’s strengths. 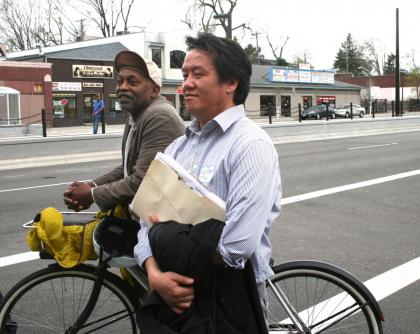 The Placemaking Residency is a program sponsored by local numerous organizations, including the Saint Paul Riverfront Corporation, Wilder Foundation/Minnesota Compass, and the District Councils Collaborative of St. Paul and Minneapolis. John Akre videotaped the walk for the Daily Planet.

• What’s up at Western and Dale? Big changes ahead in St. Paul