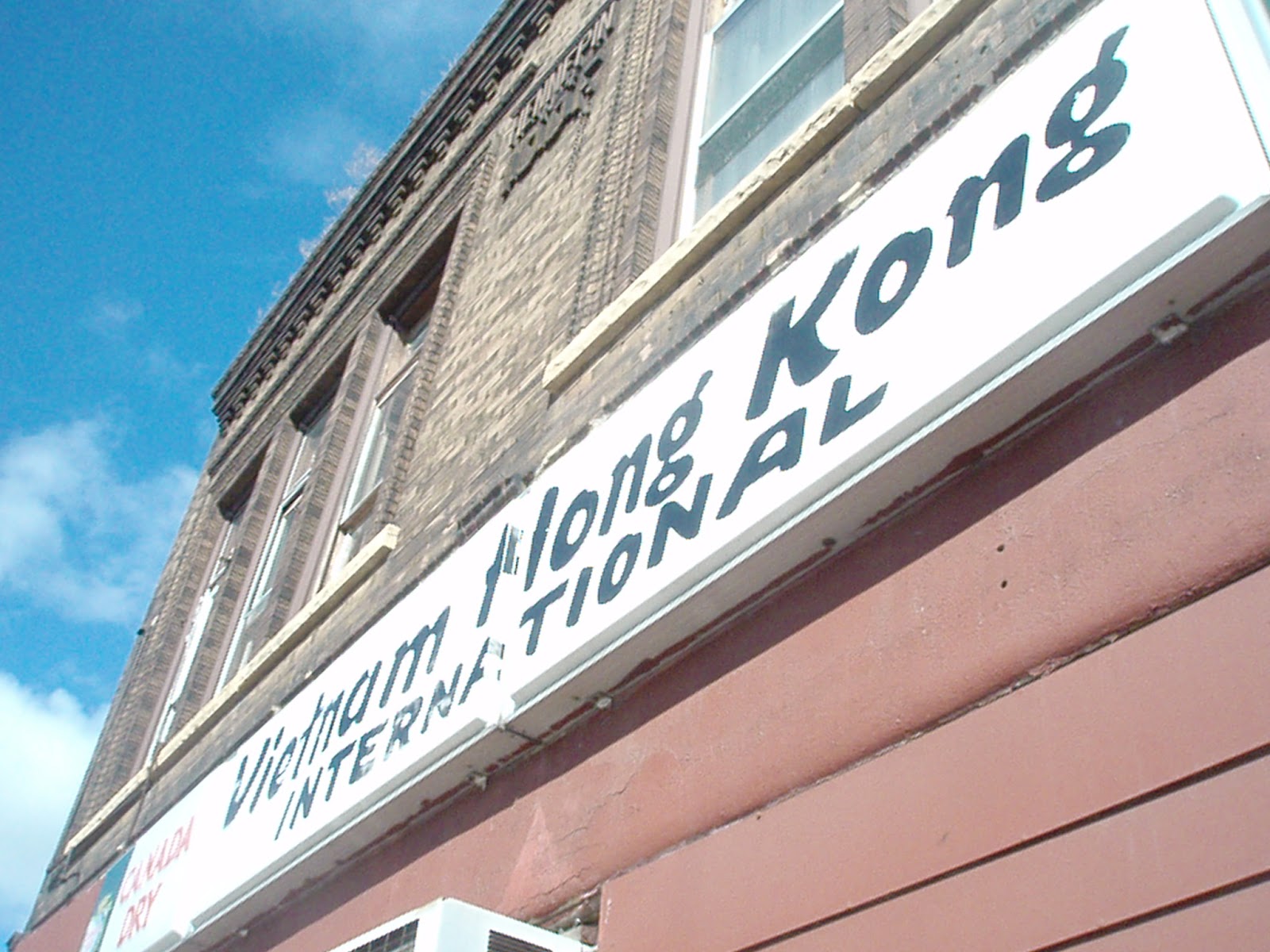 Vietnam Hong Kong International of 404 West Broadway has been a mystery to many on the Northside. Even people who drive by the place twice daily seldom know what’s within. A friend of mine once told me he thought it was a bar, “the scariest bar in the world, where they would kill you just for walking in the door.”

Well, it’s…kind of a grocery store, I guess.

But now it seems to have expired while nobody was watching…

About four years ago I walked inside and had my first ever experience with durian fruit. About a month later, I wrote about how the store was spiffing up its exterior. I kept telling myself that I needed to write a longer piece about this odd little store, to describe in more detail what it was like inside other than the fact you could buy fresh durian fruit in season.

It was September of last year (according to the labels on my photo files) when I stopped by and did some shopping.

I had no idea it would be the last time. I’m still not SURE it’s the last time. The store is always shrouded in mystery and whether it has closed for good is yet another mystery. I know the door says CLOSED and it has said CLOSED for several months. But maybe tomorrow I’ll walk right up there and the store will be open even though the sign says CLOSED.

I’ve had that happen before. 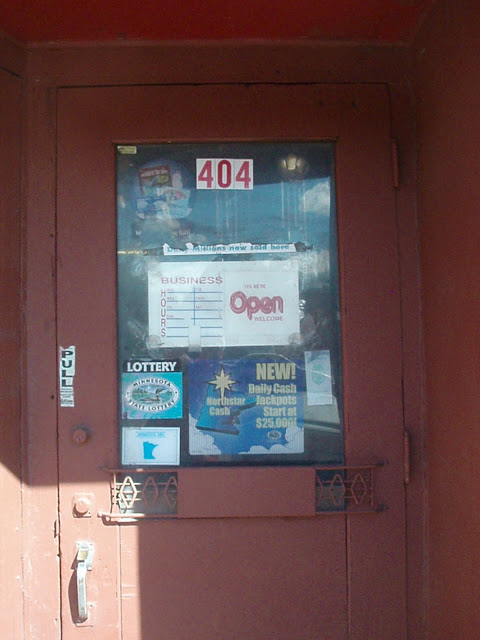 It was like somebody had bought out the stock of a grocery store in China (by which I mean mainland communist China, not Hong Kong) in about 1980. And that same buyer had been slowly selling off the stock ever since.

But somehow, the stock was never replaced. There would be empty spaces where popular items once sat, while strange and undecipherable items would sit around forever. There were a lot of sundries and kitchenwares, too, rice cookers, platters, cookbooks that were in Chinese and appeared to have been printed during the time Nixon was practicing “ping pong diplomacy.”

There were mysterious Chinese herbal remedies, toothpastes and soaps with labels so beautiful I wanted to buy them just to put them on display. There were coconuts carved into monkey faces. And there was fresh fruit, frozen fish and meats and vegetables which were fresh but all stuffed into glass fronted freezers.

It seemed like the store was primarily dealing in perishable wholesale items in the spacious but closed off rear of the store. (Yes, there was a mysterious and inaccessible section within the mysterious store) When an actual customer walked in off the street, it was like the owners (who barely spoke English) were surprised to have somebody come inside. There wasn’t a cash register that I remember, they just sort of made out a hand receipt. And, incredibly, the female store owner would FOLLOW CUSTOMERS AROUND IN THE STORE like somebody was going to shoplift a can of straw mushrooms that witnessed the Ford presidency.

This is one reason I wasn’t able to take any pictures in the store. Because it was already weird enough to be followed around in the store. 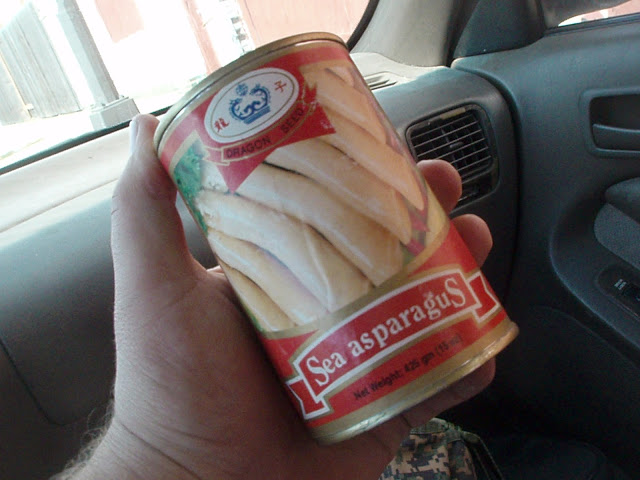 The last time I was there (which turned out to be, I think, the last time I would ever be there because it seems like the place is closed down) I bought a can of sea asparagus. One other time when I was there (the time I bought durian fruit) I inquired about the price of sea asparagus and was told some outrageous sum of money. It was too rich for my blood, so I passed it by.

Oh, by the way, I should mention…

None of the items in the store had prices.

But this time when I asked about the sea asparagus, the owner named a much more modest sum. I think it was $2.99. So I bought a can and then ran to the internet to learn about sea asparagus.

Turns out there are two kinds of sea asparagus, which are alike only in name. One type of sea asparagus is a green vegetable-like item. A plant that grows in the ocean. A kind of seaweed. Click here for an image of sea asparagus being served with heirloom tomatoes and balsamic glazed figs.

I didn’t make any elaborate recipe using the sea asparagus. When I try some exotic food or beverage for the first time, I try to experience it in as pure and undiluted form as possible. So I just warmed up the sea asparagus in the microwave and ate it with soy sauce.

I decided the sea asparagus was a good deal and wanted to go back. The next time I drove by the store, the sign said CLOSED. The dozen or so times after that, the sign said closed. Months later, the sign still says closed.

Could it Vietnam Hong Kong International has closed its red door for good? 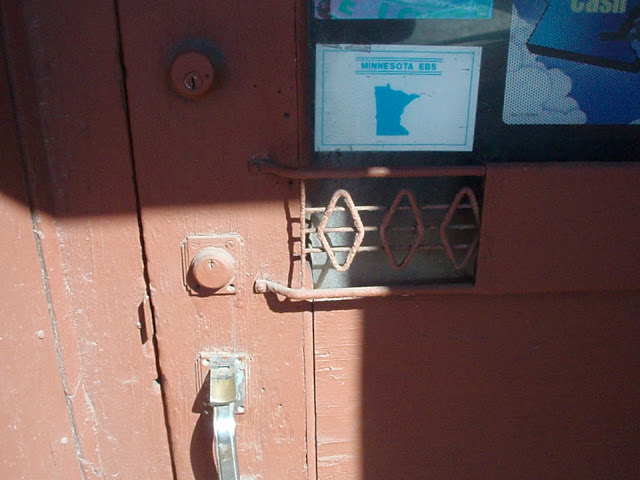