What is google? If the first thing that comes to mind is “search engine”, you’re not alone – nor far from the mark. 96% of their $38B in revenue last year came from web searches. Years of fairly intense competition from Bing, Yahoo, and a lot of others hasn’t really dented their position at all.

If you take a closer look at where google gets its money, it’s nothing more than placing ads in those searches. After all the hype about the online world the business model for google – and facebook – is not significantly different than the one developed about 150 years ago for newspapers and duplicated as broadcast technologies were developed. The only difference is that google is in the business of curation, or using other people’s content rather than developing their own.

My hunch is that William Randolph Hearst would be impressed, but should anyone else? Not given the threat by mobile devices spurred in part by google itself. Google’s biz – curation for profit – has one really big enemy to deal with, and that is google. 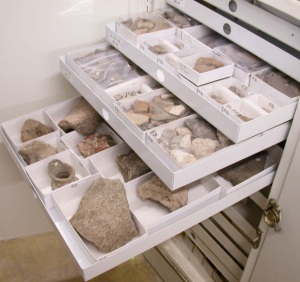 It’s been a year since google launched google+. It seemed like a very good idea at the time, even though no one was sure exactly what it was (other than not-facebook). It was set up in a way that allows users to organize what they see based on their own definitions. Making sense of the internet has always been the hard part, with its blast of information something like “a firehose aimed at a teacup” in the words of Scott Adams. Google+ looked like the framework necessary to do that.

A year on, google+ is not much to brag about.

It’s not as though google doesn’t have all the tools on hand to absolutely own the internet. Their acquisition of PostRank brought in a powerful meter to determine what content is truly popular. Google local can tell you what’s happening all around you, complete with google maps. The installed base of android mobile devices gives them a huge advantage in the fastest growing area of the internet, a place where screen “real estate” is increasingly more expensive due to size and likely to squeeze out traditional advertising.

For all that, they’ve let it drop badly. PostRank faded into oblivion. Local businesses have actually been discouraged from developing on google+. Android itself remains nothing more than an operating system.

Curation itself has come under fire with the latest update in the search engine that generates google’s revenue stream. The latest “penguin” update in their methods last April seems to heavily penalize curation sites over “experts” with original content (Barataria has seen a huge boost). That may be so that potential competition does not get a free ride with google search, but there are no signs that they are moving ahead with their own improved curation.

What is the future of google and curation in general? How are users going to organize the data they receive so that they can make sense of it? How will this develop as screens become smaller and attention spans on the go drop to demanding the best information quickly? There are no answers to these questions. Despite having all the advantages in-house, google is not providing strong leadership on the future of its own business.

For all of the potential, the revenue model remains nothing more than selling ads the same way any media has made money for many generations. Google’s “news hole”, always essentially free, is just as disorganized and overwhelming as it always has been. The true potential of the internet and mobile devices, which is to empower small businesses and individuals with new ideas and products, is simply not realized.

What is google? It’s little more than a newspaper – one left sitting on the coffee-house counter after having been read, ramsacked, and refolded by dozens of other patrons. This form of newspaper has the advantage of being free, but sometimes you get what you pay for. In the case of google, free content could be so much more than it is if only they’d get their act together.