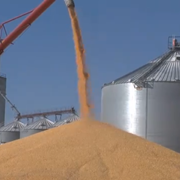 The Minnesota Department of Agriculture announced on Friday that Minnesota farm exports in 2010 reached $5 billion, equaling the amount of 2008, as rising global food shortages are putting greater demand on North American farm commodities.

Before you join the chorus saying, “Wow,” it might be wise to look at how farm export data are assembled. The USDA apportions state export data as a percentage of total U.S. grain, oilseeds, meats, and kindred product exports based on how much of these commodities the state produced in the past year.

Thus, states like Wyoming and Montana without a lot of agricultural processing plants, have their exports understated. Almost everything produced by farmers in those states are shipped somewhere else. Meanwhile, states like Illinois and Iowa, filled border to border with food processing plants, always have their export contributions grossly overstated. Higher valued products are made from farm commodities before they leave the state, and when they do, the output is recorded as manufactured goods.

Minnesota has until the past two decades been on the understated side of the divide. Yes, we have meat and dairy processors like Hormel Foods, Jennie-O Turkey Store, Gold’n Plump, Land O’Lakes, AMPI and Rosen’s Diversified, to name just a few prominent players. But we’ve also had far more productive corn, soybeans and wheat farmers whose crops are exported because they can’t be utilized here at home.

That has started to change with ethanol plants and other value-added processing activities. We export more value-added products—or manufactured products—now than we did in past years, and we use more farm commodities as raw materials in the business activity. These enterprises create jobs for Minnesotans while exports create jobs abroad.

So, if you are rested from the weekend and can tolerate a Monday reminder of economics, keep in mind that farm commodities are considered “fungible.” That is, these products are interchangeable with like products in global markets, and prices reflect the total supply and demand balance.

The Minnesota farm economy now depends on both export demand and domestic manufacturers to create value, or price, for farm-produced items. If either export demand or domestic utilization falls, farm prices for commodities will sink. In other words, farm economics depend on both export and domestic market strength for profits and wealth to trickle down to the farm and rural communities.

This is also the reason why USDA measures of state exports aren’t all wrong. As fungible commodities, a state’s share of exports is consistent with U.S. domestic use—no matter where that extra bushel of corn, soybeans or wheat finds a home. Farmers in any state need both markets working in tandem.