In a previous post, I took a look at what ranked-choice voting did for some of our Minneapolis elections in 2013. I wanted to see if RCV makes an actual impact or not, and if so, whether it contributes to a better or worse campaign season and election.

Since I covered most of the races I am familiar with, the remaining contests will fall into one of four categories: no change, improved election, worse election, and “the jury’s out.” It should go without saying that these observations are entirely subjective and if someone more knowledgeable than I am has information to sway my analysis, I welcome that.

We’ve got ten city council races to go, and we start in numerical order with… 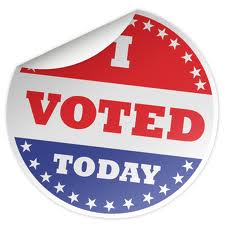 Ward 1. No impact. Wait, how can I say that before even describing the race? Good point. The incumbent, Kevin Reich, had no challengers, in spite of his anti-city charter/pro-stadium stance. So one resident, Mark Fox, picked up the mantle and filed. If that’s the same Mark Fox that has posted on the Minneapolis Issues Forum, he seems like a smart enough guy. But he’s openly NOT running a campaign. Even having a Cthulhu political logo on his website likely won’t be enough to make up for that. And the third candidate is a pirate who isn’t even named Captain Jack Sparrow. So I stand by my initial assessment.

Ward 3. No impact. The two big dogs in this race are DFL-endorsed frontrunner Jacob Frey vs. the incumbent challenger Diane Hofstede. Even if that knee-jerk summary winds up as inaccurate, Hofstede and Frey are running the biggest and best ground campaigns. This election will wind up as a contest between Frey’s upstart energy and Hofstede’s political pedigree. A Green Party candidate, Katie Gronquist, is in the running, as well as perennial candidate Michael Katch. My armchair handicapping of this race is that most of those who are dissatisfied with current leadership will coalesce around Frey, and he’ll pick up second and third votes after the others drop off. If, that is, a second ballot is even needed. Katch, it’s worth noting, boasts…I guess? the endorsement of the Pirate Party of MN. What is it with pirates?

To the degree that RCV does make an impact in ward three, it could at least measure the viability of the Green Party in this part of town. And for the sake of (statistically relevant) political variety, that’s generally a good thing. So the final scorecard entry is “no impact, leaning better election.”

Ward 4. No impact. I had high hopes for an upstart Brogan challenge to Johnson, mainly because of the stadium vote. But Johnson does have a strong track record and won the DFL endorsement in her ward handily. Brogan said she would “suspend” her campaign if not nominated, and has since un-suspended it. To a lot of people, that’s parsing words and has cost more than a little goodwill. The other candidate, Niesen, is a Republican. Like it or not, pirates may fare better.

Ward 6. Negative impact. This particular race is in the running for nastiest election of 2013. Abdi Warsame handily won the DFL endorsement, although under questionable circumstances. Lilligren isn’t doing himself any favors either, by not exactly distancing himself from the numerous Abdi’s and Warsame’s that have also filed. In a primary/general election system, this tactic would have almost no chance of success. Although it’s viability even under RCV is questionable, the ranked-choice format at least facilitates the practice.

Ward 9. Positive impact. There are six candidates running, with DFL-endorsed Alondra Cano as the presumed frontrunner. This may be the one ward in the city where a “socialist alternative” candidate may have a chance at being relevant or even elected. A quick perusal of these candidates shows apparent varying degrees of seriousness. My preference would still be to narrow the field through a primary. But RCV here does help a non-DFLer stay competitive. So positive it is.

Ward 10. Jury’s out. Initially, I wanted to put this one in the “worse” category on the grounds that I’m kind of liking these DFL-endorsed vs. incumbents-breaking-their-word-on endorsements showdowns. And we have ANOTHER pirate running. Arrrrgh. But then I looked at the third candidate’s website and was pleasantly impressed by Nate Griggs. My knowledge of this ward’s political landscape is limited, but there seem to be two decent challengers here.

Ward 11. No impact. One candidate does not even have a website. He’s not a pirate though. There’s that. But there doesn’t seem to be even one strong challenger.

Ward 12. I’m leaning towards a better campaign based on candidate party variety alone, but anytime Dick Franson is allowed to stay in the race through November, that’s a problem. The perennial candidate has no website and “senatefranson” is listed as the email handle. With no DFL endorsement and the incumbent dropping out, the ward becomes something of a free-for-all. That’s not helping the mayor’s race, so file this one under “the jury’s out.”

Ward 13. Jury’s out. This race is essentially between Linea Palmisano, Matt Perry, and Missy Durant. I know Mr. Perry personally, and think highly of him (the decision to re-enter the race after promising to abide by the DFL endorsement notwithstanding. If there is no intention of abiding by the endorsement, just say so. Not a big deal.) However, I won’t claim to know enough about the political landscape here either. The other two candidates don’t even have websites, so I’m assuming they won’t be a factor.

The final tally: My scientific review, held to the utmost standards of academic rigor, has determined that RCV gives us a negative impact on just two races thus far, a positive impact in four, an undetermined impact in three, and has no effect in fourteen. What that then, does that say about ranked-choice voting in Minneapolis? The jury’s out.

If campaigns are overall nicer, if we can become something other than a one-party town, if voter turnout increases, if we ultimately wind up with a better government, AND if these things can at least partially be attributed back to ranked-choice voting, then I’ll grudgingly admit we’re better for it. But when the top of the race generally drives voter turnout, when that race is a jumbled mess, and when the majority of other elections this year don’t seem to be impacted, I remain skeptical.