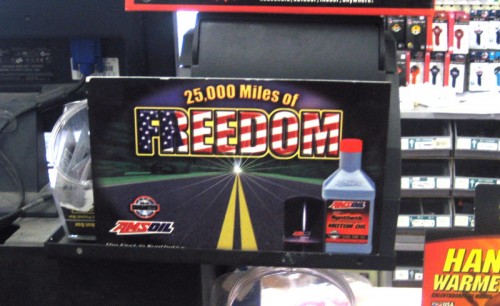 I was catching up with an old friend the other day, an economic geography professor who moved away for a job at a big West Coast university. We were eating dinner and swapping stories.

“What are you working on now?” I asked. We exchanged stories, little bits about our lives, homes, friends in common. Somehow as we ate I ended up telling him about parking policy reform. (Note: I am a complete nerd.)

I began explaining the distortions in the parking market. With his economics background, I thought he’d be interested. I did my best to describe the cumulative effects of minimum parking requirements, the perverse incentive structure of parking meters, the hidden cost of asphalt, and so on. The solution, I said, was to externalize the price of parking, raise prices in certain areas and begin acknowleging the opportunity cost of urban space. (See my explanation here.) Prices should reflect the cost of parking, I concluded.

I was surprised at his reaction. ”What about poor people?” he asked me. “You’re going to make it impossible for them to drive. In my city, nobody can afford to live in the city. I’ve been to these towns and neighborhoods where the poor people live. They’re miles away from jobs. They drive everywhere. You have to think about them!” He began to get passionate, as he usually does. “If you make parking expensive, only rich people will be able to drive. Driving will only be for the wealthy.”

“But… um.” I stammered. “Yeah, that’s a thing.” I could think of nothing to say. I had forgotten about the pro-car social justice argument.

I’d encountered before this argument before, every once in a while. It’s a perverse paradox where the automobile and sprawl American landscape is justified because it helps the poor. For example, you’ll see the pro-sprawl lobby use housing costs to justify limitless development, or gentrification activists argue that transit or bicycling investements are bad because they increase property values, hurting the poor. Think of the congestion pricing debate, or the latest example: Governor Dayton’s use of pro-car populism to kill support for the state transportation bill. These arguments remind me of the famous saying that “what’s good for GM is good for America.” Cars are democratic tools of self-empowerment. Cars are freedom.

I’ve been thinking about the conversation with my friend for a few weeks now, running over it in my mind like a monster truck. I’ve a number of reactions, none of which I find completely satisfactory.

When faced with the pro-car social justice argument, the first thing to do is to admit that its true. Parking (or gas, or a home in sprawlville) will be more expensive for everyone, including those who can least afford it. Driving and parking will increasingly be the perview of the wealthy. If it costs $5 a gallon plus an $8 toll plus $5 per hour to park in the city, only wealthy people will do it. You can’t deny it.

Reaction #2: The car system is regressive

What this argument is missing is how the current system is regressive. The present structure of subsidizing driving, parking, and boundless urban development (while harming the ‘inner city’ through freeway and road expansions) benefits the wealthy far more than the working or middle classes.

Next time you’re on the city bus, look around and think about who is riding with you. The vast majority of transit users are poor people. Meanwhile everyone pays for freeways and parking and the mortgage interest tax deduction, whether they use them or not. The current system of subsidies is not a progressive force of social justice. Free and easy motoring increases social and spatial inequality at the expense of the urban fabric.

Reaction #3: Focus on the problem, not the solution.

When confronted with the pro-car social justice argument, raise the stakes. OK, ending gas, parking, and exurban housing subsidies hurts poor people. Well, why not help poor people thorugh a large new program of subsidized parking lots? How about cutting the gas tax in half, until you’re basically giving it away? How about doubling federal tax refunds for people buying homes in sprawling metropolitan fringes? Bulldozing more inner city property for the huge Rosa Parks Memorial Parking Garage downtown? In our city: free parking for everyone, all the time!

Missing the Forest for the Trees

Obviously, those proposals aren’t be the best way to end inequality and poverty in America. The thing to realize is that we’re basically doing all of those things right now. We’ve been deeply subsidizing automobile travel for generations. Few people think we’ve created a social utopia. In fact, I’d argue that the opposite has occurred. We’ve demolished affordable housing to make room for freeways and parking garages. We’ve eroded government services through municipal fragementation, civic tax shelters, and fostered spatial segregation. We’ve abandoned our transit systems, relegated them to the margins. We’ve refused to accomodate transportation alteratnives in ways that foster deep inequalities.

Solving the problems of poverty in the USA won’t happen behind the wheel of a car. We need to focus on the real problems faced by poor people: affordable housing, affordable transportation, access to jobs. Currently, we’re spending large amounts of political and economic capital subsidizing a car-oriented system that only makes these problems worse. Whether its the gas tax, gentrification, or sprawl lobby, when faced with the pro-car social justice argument, it’s worth remembering the real problem.

At top: Motor oil is not freedom.