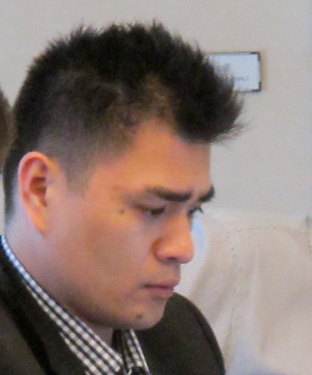 On October 5, a Minnesota state trooper arrested journalist Jose Antonio Vargas for driving with an invalid ID in Minneapolis. His arrest raises the question: Are local police going after undocumented immigrants?

Pulitzer prize winner Vargas came out a year ago as an undocumented immigrant in an essay published in the New York Times. He continues to live in the country and now works as an activist for immigrant issues. His arrest in Minnesota highlights several local policies that impact immigrants around the state.

One, he was arrested for not having a valid driver’s license, something that undocumented immigrants in Minnesota cannot get.

Two, he was sent to a Hennepin County jail that participates in Secure Communities, a program that Immigration and Customs Enforcement required Minnesota to start implementing last February. The system helps ICE flag and detain violators of immigration law.

Finally, Vargas was arrested in Minneapolis by a state trooper. Minneapolis police work under a municipal separation ordinance that says, ““Public safety officials shall not undertake any law enforcement action for the purpose of detecting the presence of undocumented persons, or to verify immigration status.”

State troopers don’t have to follow the rule. But since Minneapolis police also sometimes arrest drivers for having invalid licenses, a municipal cop may have done the same thing.

The newest immigration policy to hit Minnesota is Secure Communities. The program simplifies information sharing between jails and ICE. Since February, fingerprints supplied by each person booked in Minnesota jails are sent to the Department of Homeland Security, which runs a check on the fingerprint owner’s immigration status.

If it’s questionable, ICE may issue a detainer that tells the jail to hold the individual for 48 hours. In the meantime, ICE may take custody of the suspect and start the deportation process.

In Vargas’s case, although ICE was contacted, officials did not issue a detainer, saying he was low priority. Hennepin County released Vargas the day of his arrest.

Virgil Wiebe, director of St. Thomas University’s Immigration Law Practice Group, and his students are processing ICE data from the last year that will tell them, in more detail, how Minnesota deportees were picked up and processed by ICE. He said lawyers he works with on the Minnesota Detention Project continue to encounter people who were arrested and flagged by ICE for violations like driving without a license.

Until recently, the Department of Homeland Security indicated that Secure Communities was voluntary. In the past year the department changed its position, saying participation is required. In February, ICE required all Minnesota counties to implement Secure Communities.

In some communities, leaders are questioning ICE’s right to mandate participation. Last week, Los Angeles chief of police Charlie Beck announced he will not honor ICE detainers for individuals who commit low-level crimes.

In theory, that could happen here, too, but representatives from the Minneapolis police department said the decision probably couldn’t come from the police chief, since the county runs the jail, not the city.

It would likely have to come from someone like Hennepin County Sheriff Rich Stanek, who encouraged implementation of Secure Communities even before it was required. Sheriff’s office public information officer Lisa Kiava told the Daily Planet, “Secure Communities focuses resources on identifying and removing serious offenders. This is an important safety goal.”

Police and ICE hand in hand?

“I believe that Secure Communities increases the perception in immigrant communities that police and ICE are working hand in hand,” Keller said. “It makes community policing and beat cop work in integrated neighborhoods and communities all that much more challenging when a victim of domestic violence would prefer to remain a victim, or not report violence to her or his child, who has no reason to fear police but for [Secure Communities].”

Minneapolis and St. Paul have separation ordinances that prevent police from acting as immigration enforcers. The purpose of the ordinances is to cultivate trust between police and the communities they serve.

“Good intelligence and good, strong relationships are the key to keeping our streets safe,” said St. Paul Assistant Chief Bill Martinez. “We don’t want to become the law enforcers of federal immigration. It would set our community policing efforts and our partnerships back decades.”

“The reason for the ordinances is increased the more prevalent Secure Communities is, or appears to be,” Keller said.

In April, the Minnesota House of Representatives passed a bill that would nullify separation ordinances. The bill did not become law, however.

Driving without a license

It was a state trooper who pulled Vargas over, so the ordinance didn’t apply in his case. Minneapolis police sergeant Stephen McCarty said the ordinance may not have mattered.

The ordinance doesn’t prevent Minneapolis police from arresting a driver for lacking a valid license. McCarty said if a Minneapolis officer believes that a driver with no license will not respond to a citation, he or she may take the individual to jail.

Vargas’s ID was cancelled and flagged for potential fraud, so Minneapolis police may have done the same thing that the state trooper did.

In Minnesota, most undocumented immigrants have no way to obtain a state ID.