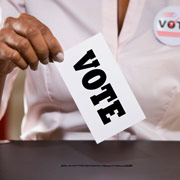 Minnesota’s proposed voter ID amendment is a complicated affair. Given the intricacies of our voting system, we should not be surprised. The ballot question reads as such:

While the actual amendment language is a bit longer, it still leaves many unanswered questions. When pressed for details during legislative hearings, amendment authors consistently declined, saying that the details and implementation will be left up to the 2013 Legislature (which has not yet even been elected).

For instance, while “all voters voting in person must present valid photo identification,” the question of what is valid has not been defined. Would an expired drivers’ license be considered valid? How about a state college ID, tribal ID, military ID, or passport?

Would you be allowed to vote if you moved the week before Election Day and hadn’t yet received the drivers’ license with your new address? We don’t know. We do know that in 2011 the Minnesota Legislature tried to pass the most-restrictive voter ID law in the nation, and that legislation excluded passports, military IDs, and student IDs. It also excluded any state ID without a current address.

The proposed amendment also does not explain how we would handle absentee voting, except to say that absentee voters “must be subject to substantially equivalent identity and eligibility verification.” How this is possible has not been addressed. Nor has same-day registration (one of the contributing factors to Minnesota’s first-in-the-nation voter turnout rates). Those wanting to register on Election Day would most likely have to cast a provisional ballot that would not be counted until the voter’s eligibility could be verified.

What would this system look like? Again, the 2013 Legislature would decide.

Another issue is that of the state’s responsibility to “provide free identification.” While taxpayers will bear the cost of issuing the state ID card, we don’t know who will pay for supporting documents, such as birth certificates, that ID applicants may need. The ID may or may not be free to voters; it certainly won’t be free to taxpayers.

The long and short of it is this: we don’t even know what we’re voting on. The lack of detail in the proposed amendment would perhaps be acceptable for other legislative issues that have a clear premise and whose nitty-gritty details would interest or affect few. Voter ID’s implementation will go to the very heart of how we exercise our constitutional right to vote. Those nitty-gritty details will determine who has access to the ballot and who is left behind.

It will mute voices in the public policy debate.