West Central Minnesota* now has the smallest job seekers to job openings ratio in the state, according to the Department of Employment and Economic Development’s 2013 second quarter Job Vacancy Survey. 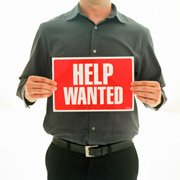 There are 5,800 unemployed job seekers competing for 3,300 job openings in that economic region, meaning job seekers now outnumber openings by less than 2-to-1.

As is the case in most of Minnesota, however, the overall quality of openings remains disappointing. More than one-third of all openings in the region are temporary or seasonal—about twice the statewide average; and 44 percent of all openings are part-time, which is more consistent with the statewide figures. The median wage for part-time openings is $8.98 per hour.**

Job benefits are also lacking, with 42 percent of all West Central Minnesota openings offering health care, which is in line with the rest of Greater Minnesota.

The median wage for all openings in the West Central Region is $11.36 per hour. In comparison, JOBS NOW’s Cost of Living research shows that in a West Central Minnesota family of four with both parents working full-time, each worker must earn $12.95 per hour to meet basic needs.

With such growth in low wage jobs, not only in West Central Minnesota but statewide, it’s time we put serious weight behind the effort to raising Minnesota’s minimum wage to $9.50, with automatic increases for inflation. Letting the market set wages and dictating the quality of job openings has only forced conditions downward for workers. It’s time for policymakers to correct market forces that are failing workers, their families and our communities.

Kevin Ristau is a researcher at JOBS NOW Coalition, which is a Minnesota 2020 partner in the Raise the Wage Coalition.

**A median is a midway point; half of the jobs are above it, half below.