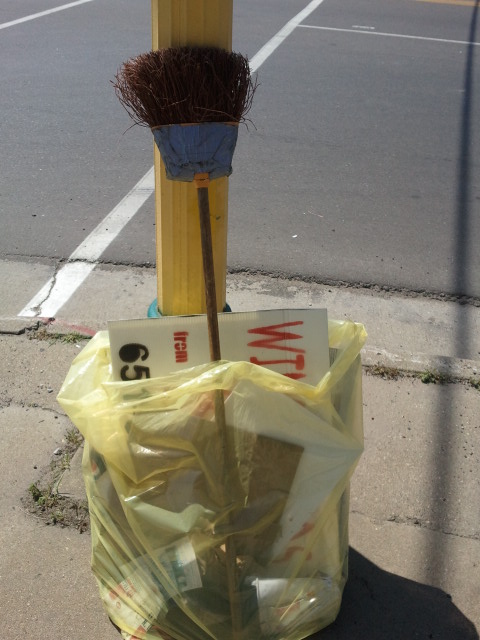 At Saturday’s Spring Green-Up event on West Broadway, I won the prize for the most metaphysical piece of litter picked up along the corridor. (It was a prize I made up on the spot and arbitrarily awarded myself, but I earned it.) A broom was laying in the middle of the street along Broadway and Washington. So I used it to sweep up garbage AND knock down sign spam before putting it on a corner to be picked up later. Using litter to pick up litter and take down litter…my mind is collapsing in on itself!

Before that happens though, a few observations are in order. For instance, look at who sponsored the event: 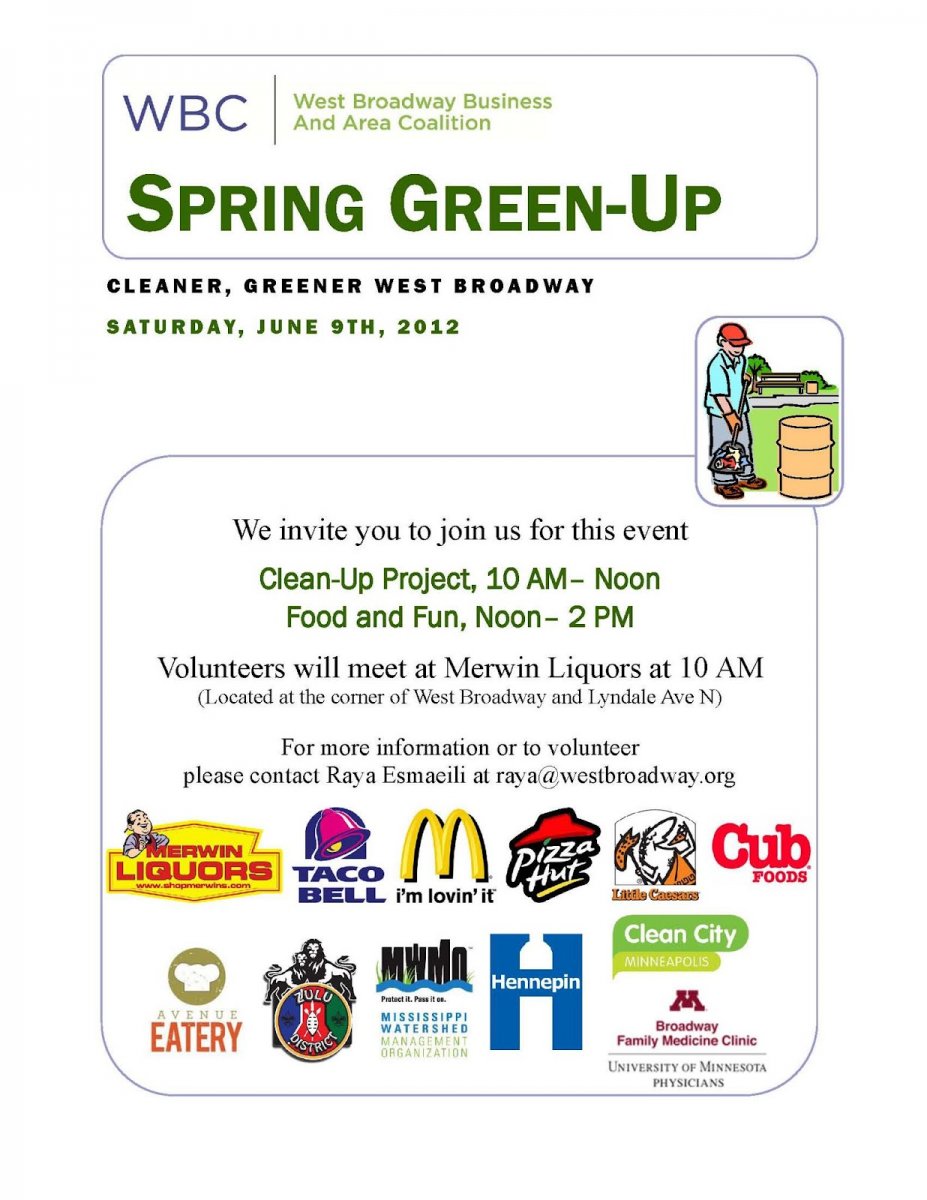 Out of the sponsors here, only a handful participated: Hennepin County, the Mississippi Watershed Management Organization (MWMO), and Merwin’s, who hosted a barbeque. Most likely the food was donated by Cub as well. And while the food and fun part of the day was great – a clown, a caricature artist, and an inflatable play area for kids – the clean-up project was sparsely attended. 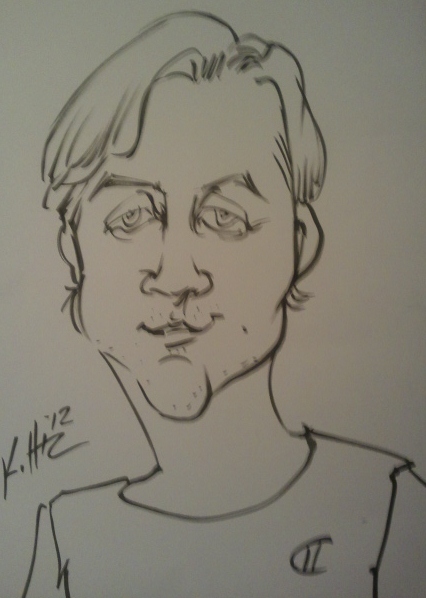 I did get this caricature though, which is exactly how I imagine myself, only taller.

I went over to the freeway exits and picked up several bags of trash there. While I’m glad that Taco Bell and other fast food joints pitched in some money for Saturday’s event, most of the litter came from fried food shacks and liquor stores. Taco Bell and Wendy’s actually did a pretty good job keeping their area clean, even parts of the freeway exit that aren’t technically their property. The grassy area by the 4th Street Saloon was another story entirely. It was (ahem, and pun apologies in advance) LITTERALLY covered in garbage. That trash was unfortunately nondescript, without a way to identify which greasy take-out hole it came from. Given the proximity, I’d hazard a guess that much of the garbage emigrated from the nearby Wings N Things.

And this is what bothered me about the litter pickup aspect of the day. Litter on Broadway is kind of like the old saying about the weather, in that everybody talks about it but nobody does anything. And really, if it’s a problem we all acknowledge then why isn’t somebody doing something about it? And by somebody, I mean somebody ELSE.

Now I don’t mean to shirk responsibility here. What I do mean is that a lot of the garbage I picked up was from places like Taco Bell and McDonald’s. Those places, and others, profited when the garbage was generated. They benefit from being on a commercial corridor that is the heart of our community, and they’ll benefit even more from a cleaner, prettier West Broadway. So why didn’t we see a crew of people in their work uniforms coming out to pick up trash? This should happen not just at the Meta-litter found on Broadwaygrand shindigs, but on a regular basis. Just like concerned neighbors pick up garbage on their street, we should expect the same from our businesses.