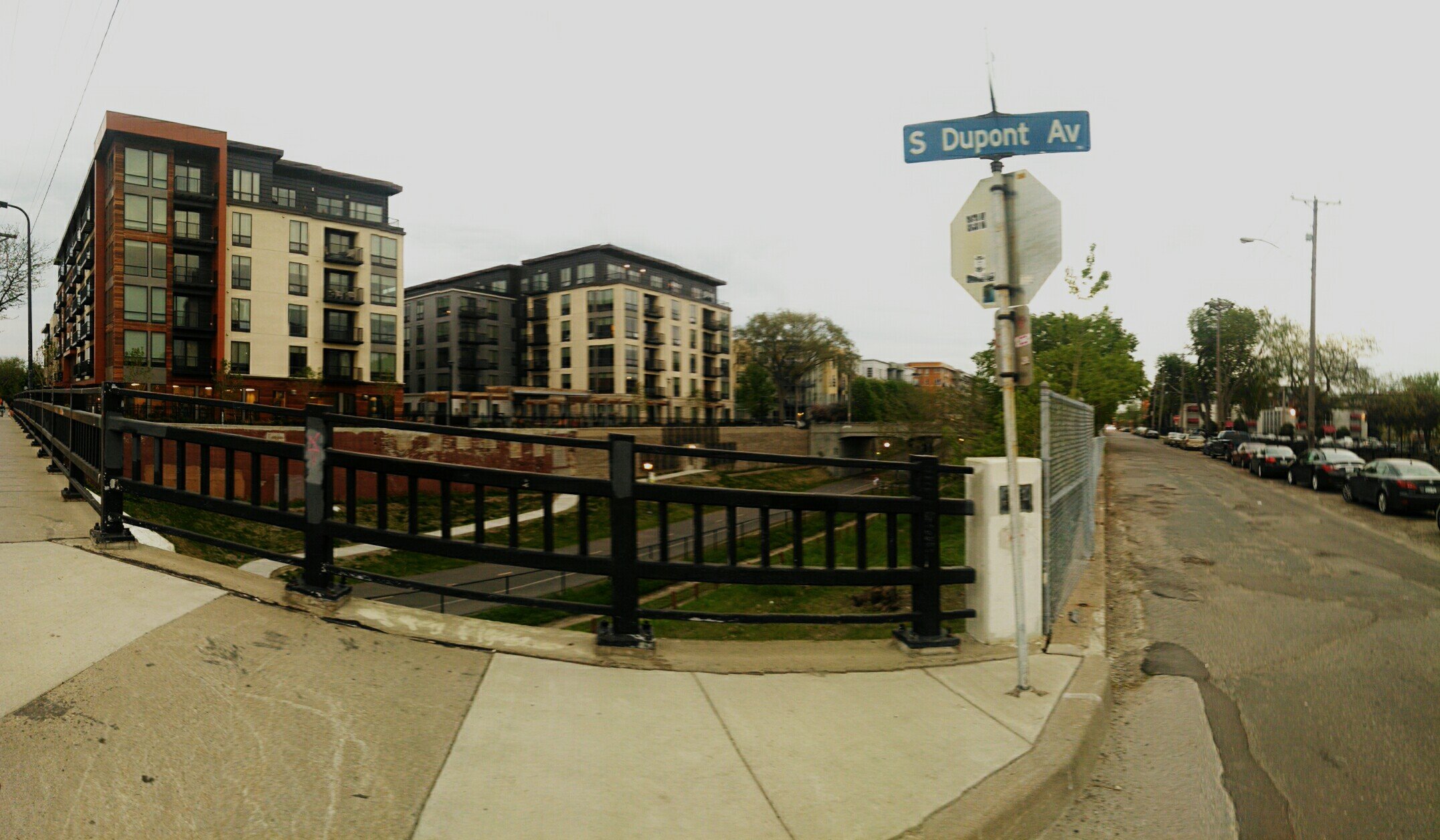 The city of Minneapolis has set aside $350,000 towards studying the possibility of reconstructing Uptown’s West 29th street as a pedestrian-only boulevard. Uptown is a tough combination of pedestrian-scale storefronts and speedy auto thoroughfares, so a pedestrian connection that’s being compared to High Line Park could be the necessary cream filling for a truly stellar pedestrian experience. While every project designer seems to want their pedestrian-oriented street project to end up ‘High Line-y’ regardless of any contextual similarity to the High Line, I believe that this project is sitting on enormous potential.

I’ve heard a lot of skepticism for this project, which is rather understandable. For the last few years, the street has been far more of a place to avoid than a destination. Even with a complete rebuild and car traffic restricted, there’s currently not a ton of non-sketchy reasons to occupy what amounts to a glorified alleyway. The street’s most meaningful pedestrian draw was probably the now-defunct Uptown Market, which operated between Lyndale and Dupont until 2012. The market sadly didn’t attract the critical mass of vendors that would attract crowds and keep the market afloat.

A Destination in Making

Considering the dynamite public realm that is emerging in this area, it’s a real shame that the market folded when it did. Not only do we have an enormous upswing in population density (aka, customers)… 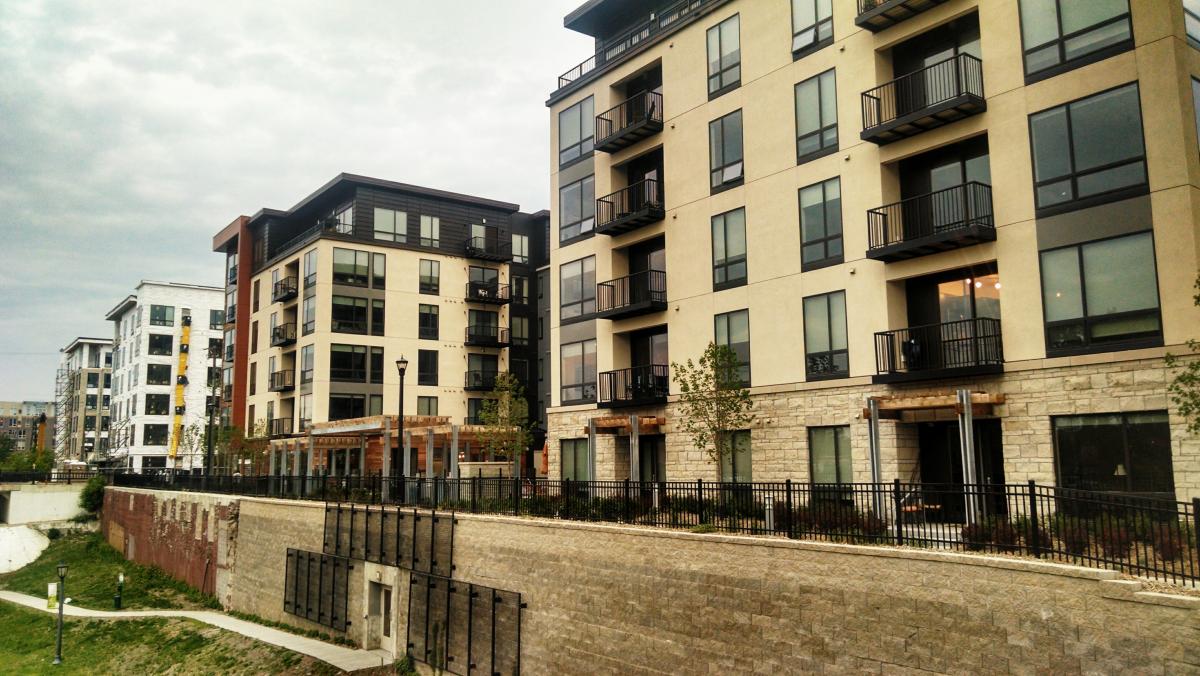 Honestly, we’ve got post-industrial rail infrastructure reuse plus top down people watching.. ok it basically is the High Line. 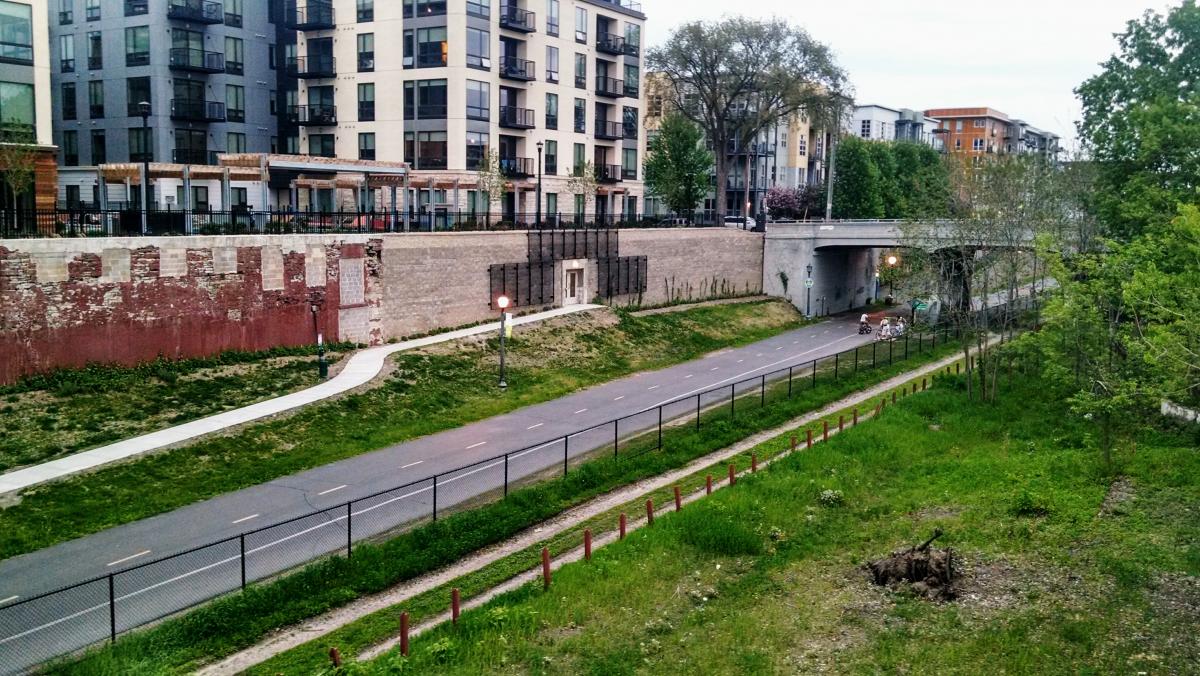 …with an emerging northern bank sidewalk, complimenting the proposed pedestrianized 29th and creating a square of pedestrian delightfulness… 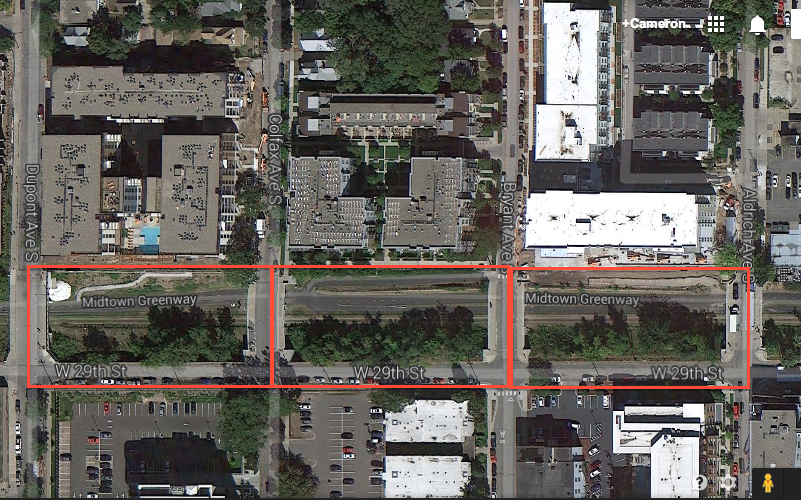 Those who had been walking in circles will immediately revert to walking in squares. Photo credit Google Maps

…all surrounding what will be one of Minneapolis’ grandest plazas, as a part of Elan Uptown’s phase 2? 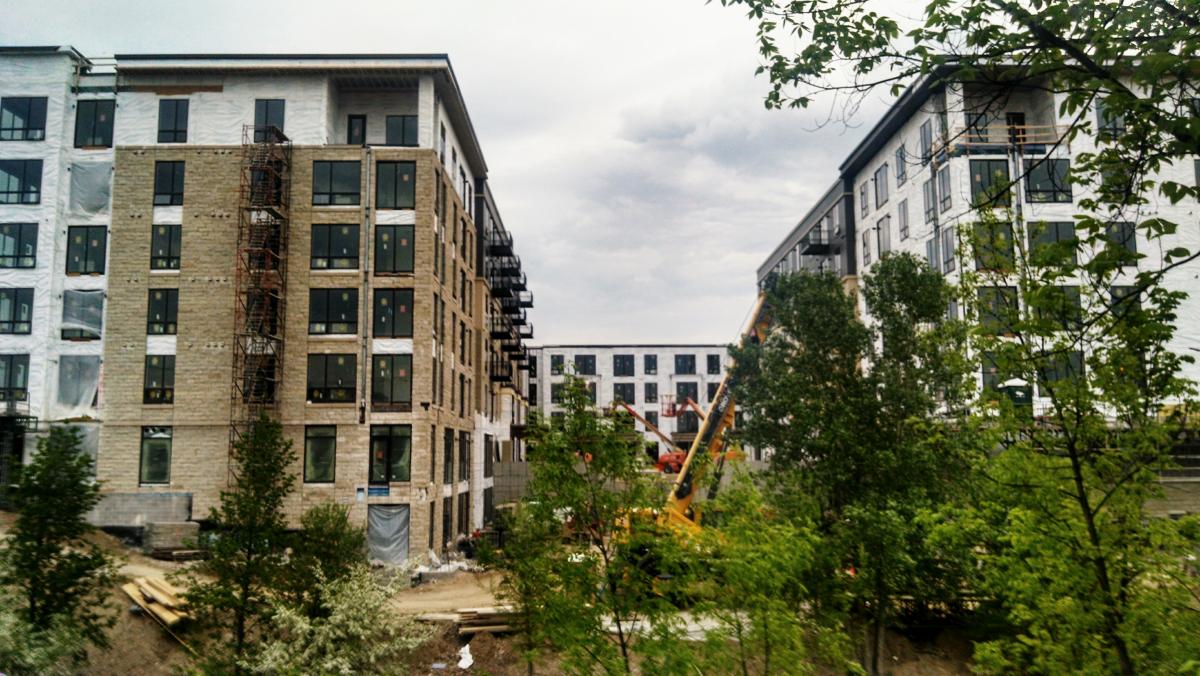 Once the dust settles, this will more closely resemble…

…this. If HCCRA will allow the picnic tables, which somehow violate the corridor’s historic properties. Photo credit urbanMSP.com

Sounds like a pretty fantastic place to sell produce, in my mind.

What’s emerging is an area that is really born to be a destination. The people watching from the Elan plaza will be simply too good, the pedestrian draw of Lake St too proximal, and bicycle connections to the rest of the region too immediate. The only factor keeping this from being a Pike Place Market, besides the market, is something to draw people on a daily basis.

It’d clearly be marvelous if neat and narrow ground floor retail spaces lined 29th along this stretch. Ackerberg’s Mosaic Phase II development will accomplish this with two retail spaces between Girard and Fremont. 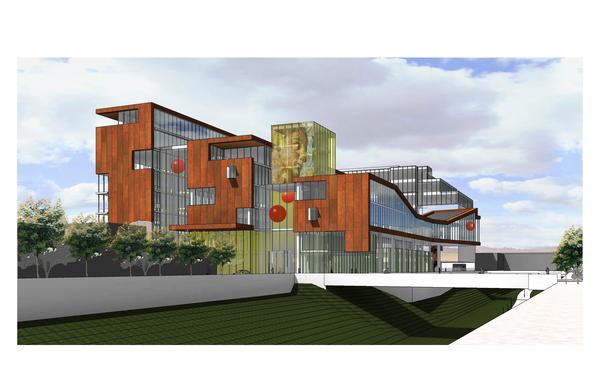 The Greenway-facing side of Mosaic Phase 2 will feature two retail spaces as well as a cycle track. Photo credit UrbanMSP.com

The Uptown Rainbow was sold to Cub Foods recently, so previous redevelopment plans may be a closer reality. The Uptown Rainbow parcel extends across 29th to the Greenway, so the Dupont to Emerson segment represents a short term challenge for the project. It would be very convenient if the site’s redevelopment coincided with 29th’s reconstruction, although nothing has been announced to this effect. 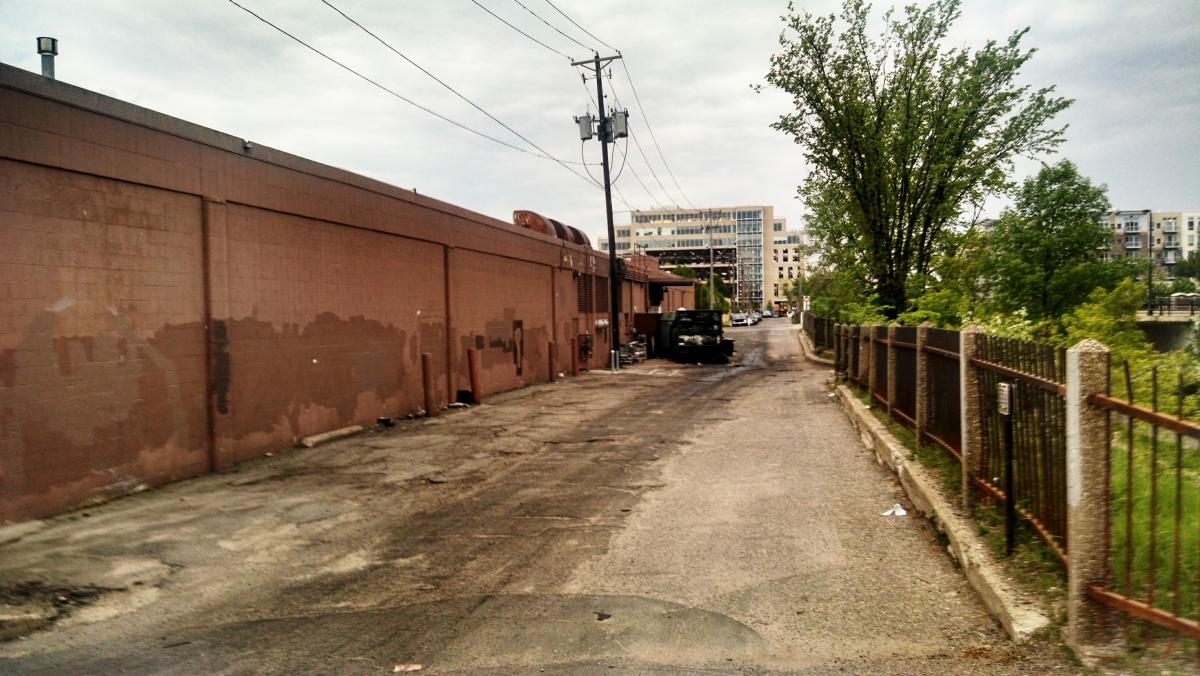 The other four blocks, however, have enormous potential when it comes to hosting events and temporary uses. I can’t help but imagine the The Uptown Art Fair spilling off on Hennepin onto an equally robust stretch on 29th. There’s also not a ton of room in Uptown for public events that aren’t quite important enough to shut down Hennepin, but could definitely fill up Bryant Square Park or the Mall. This could open up possibilities for craft fairs, community yard sales and a host of other smaller events.

The corridor still needs a daily draw, something flexible that can accommodate a fluctuating event schedule. For this, I turn to food trucks, fashion trucks, and other creative temporary uses. Food trucks are blessed and cursed by their mobility, although an established food truck plaza could become a destination unto itself. As Minneapolis food trucks can’t be “within 100 feet of a restaurant with direct access to sidewalk or sidewalk café on the same block face,” 29th’s sparse retail would actually make for a uniquely streetcar-flexible setting. Uptown doesn’t currently hold the daytime population density that would be necessary to support a full cadre of carts. At the same time, food truck festivals are pretty consistently over-packed with people begging for the stuff. Who’s to say that this stretch couldn’t be an evening refuge for Nicollet’s midday food trucks, harnessing some of the festival draw that makes food truck fests so annoyingly popular? 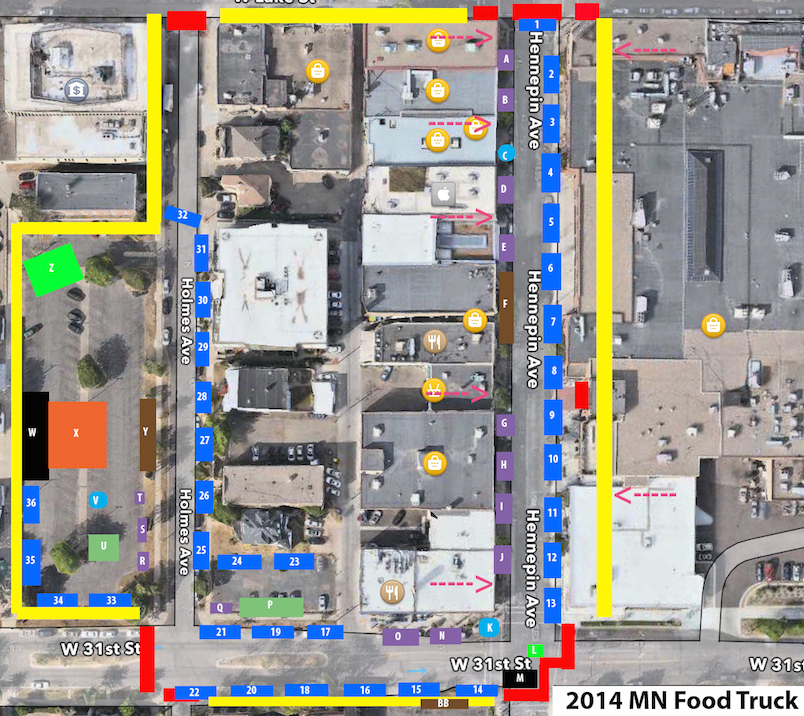 Wouldn’t it be cool if this could happen more often (as a singular event or on a daily basis) without blocking off high traffic streets? Photo credit MNFoodtruckfair.com

Beyond being a destination, this space could also serve as a regional incubator for fringe retail and food truck concepts. It’s been really exciting to watch chefs use the food truck setting to experiment, only to end up successful enough to make the jump to brick and mortar. This has certainly enriched our restaurant scene; I only wonder what kind of similar impact this kind of dedicated space could have within retail. With all parties on wheels, the whole endeavor could be consistently rearranged to accommodate new ideas and businesses. This could be similar to Craig Blakely’s idea for an ‘Art Train’ Creative Enterprise Zone in St. Paul’s West Midway Industrial District. Even while in consistent flux, the street would certainly gain a reputation as one of the more engaging streets in Uptown. 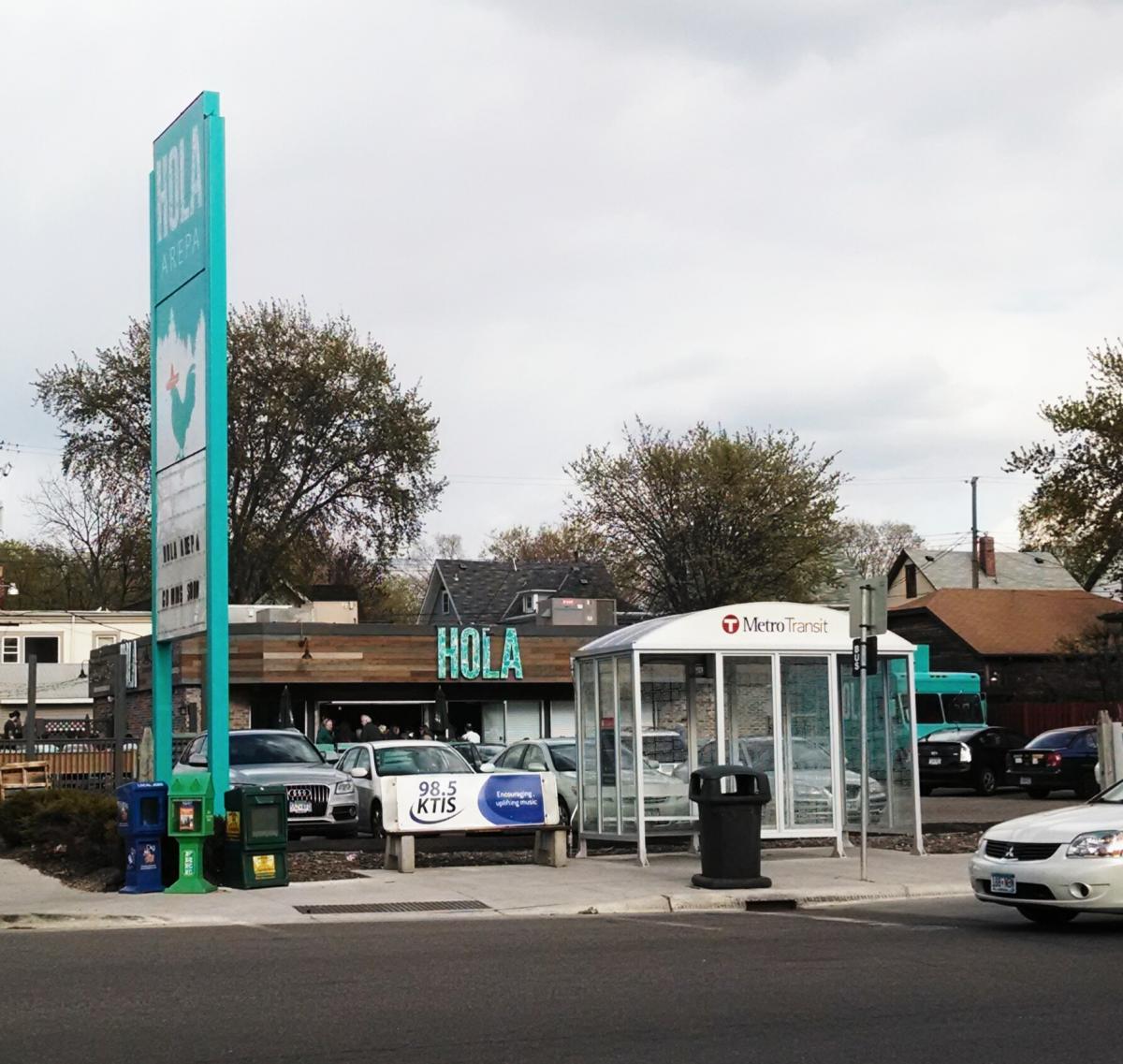 One of the recent additions to Minneapolis’ storefront food truck roster.

An open house for this project is being held this evening at Elan Uptown (2837 Dupont Ave S) from 6-7:30. Definitely stop by and let your dreams for the space be heard!

At top: One of these things is more visually pleasing than the other…