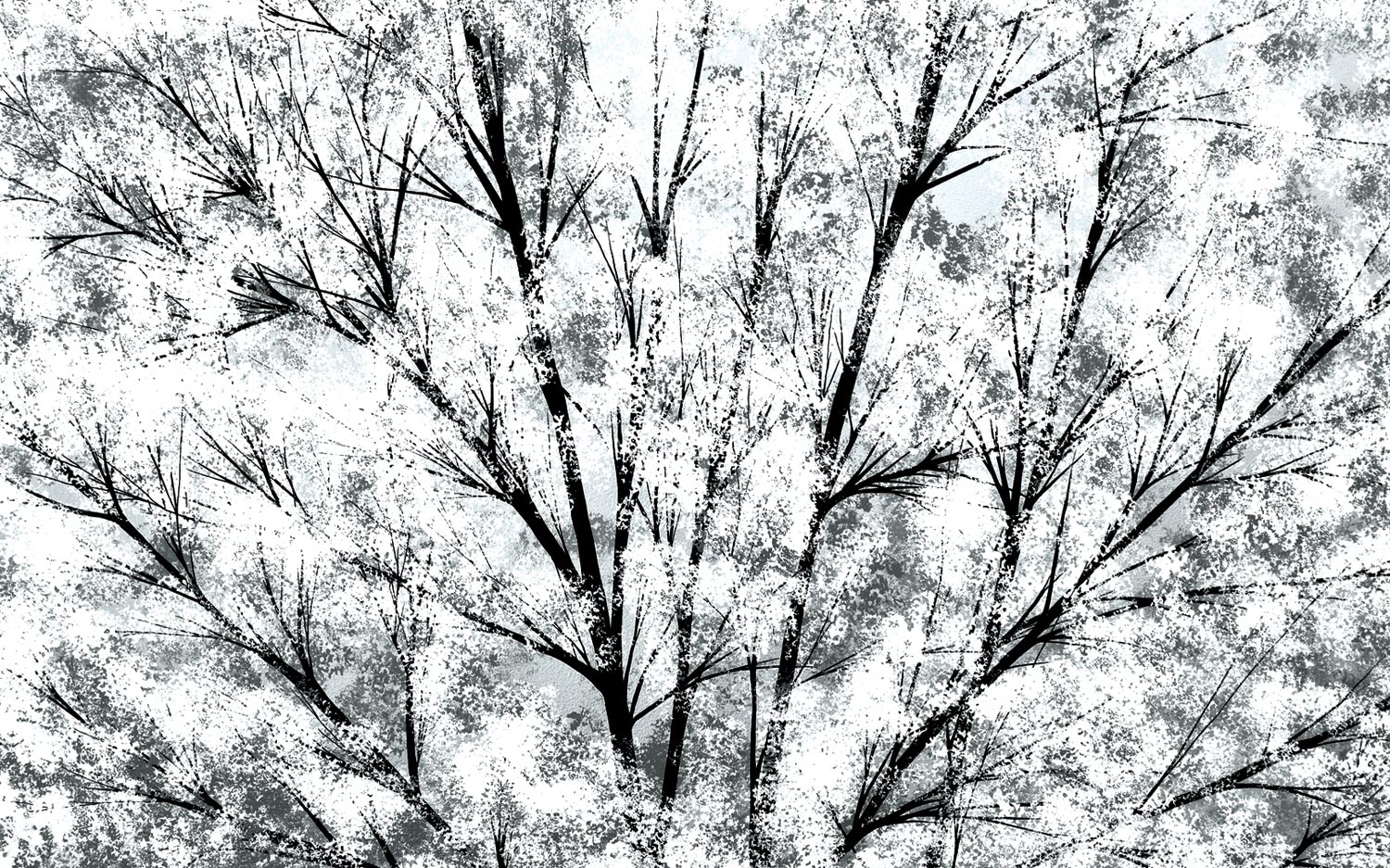 The calendar on my kitchen wall claimed that spring had sprung last week, but Minnesota still predictably holds out. As a kid, and even now as an adult, I didn’t understand the connection of the equinox (nor that Pennsylvanian hedgehog) to any change in season. As a kid, I wasn’t sure if the groundhog myth was about adding six weeks or six months to winter. Hey, I was growing up in Minnesota! Anything is possible. Spring coming before the Ides of March would be pretty sweet. Then the University of Minnesota’s baseball and softball teams wouldn’t be playing anywhere that’s elsewhere. But what do we have? We have art. Spoken word. Literature. Music. The season is full. 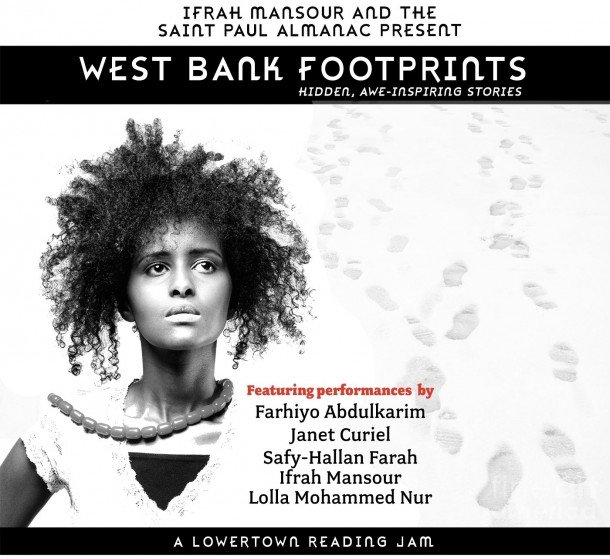 “Where have your footprints taken you?” is the question this month’s Lowertown Reading Jam asks. There are some stories for which the answer is taken for granted. Some stories have been relegated to the subtext of a predominant, droning cultural narrative. The title of this month’s edition, “West Bank Footprints: Hidden, Awe-Inspiring Stories”, and the lineup of performers hints that the show offers an intense glimpse beyond the drone, to show us some pathways that refuse to be dusted over. On Wednesday, March 26, five spoken-word artists will redraw a portion of our Twin Cities’ map.

The curator of the Jam, Ifrah Mansour, makes art that spans several mediums, including upcycled, wearable designs. She explores complexities of “Haves and Have-nots” within the American and East-African communities, using storytelling, dance, and short films. Performer Farhiyo Abdulkarim is a poet at heart who blogs for the Twin Cities Daily Planet. Her storytelling powers are bolstered by being a female Muslim superhero in disguise who loves international films and gelato. Janet Curiel teaches ESL in the Cedar-Riverside neighborhood of Minneapolis. She illustrated and self-published one of the first bilingual Oromo books in North America and steeps herself in stories from a wide range of cultures, primarily those of her neighbors. Safy-Hallan Farah is a blogger whose work has been published in Gawker, Vice, and Thought Catalog, among other places. You can see her beautiful genius on her blog at www.fatwasandfanboys.com. Lula Saleh is a writer, poet, journalist, and performance artist. She is a 2014 Givens Black Writers fellow, and has performed her poetry at Patrick’s Cabaret, Voices Merging, Open Streets St. Paul, and the annual CAIR Artists Gala, to name a few. Lula has been writing all her life, and recently has been using writing as a medium for catharsis and personal healing.

This Jam examines our impact in a space via a tapestry woven from spoken words, poetry, chanting, singing, crafting, and painting. As always, the excitement happens at the Black Dog Coffee and Wine Bar, at 308 Prince Street. The hour-long show starts at 7:30 p.m. 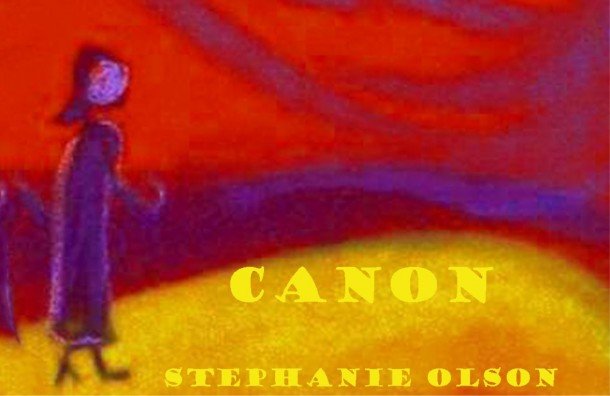 As a former bookseller, I know how important holding a book in one’s hand can be. The aesthetic, tactile pleasure, and the simple act of using and exploring that physical object is one of the most basic interactions we can have with art and old-school technology. For many, the act of unfolding the pages of a book is as intimate as folding one’s hands for prayer, which is why book arts continue to thrive, even in this age of snowballing digitization. On Thursday, March 27, SubText will host the event Six Red Bird Chapbooks, featuring six authors whose chapbooks have been individually designed to reflect and enhance the author’s ideas and words. Red Bird Chapbooks publishes quality, hand-crafted chapbooks and broadsides, bringing together artists and writers to produce visual and literary works of art. This event will showcase the work of authors Yvette Nelson, Lois Welshons, Stephanie Olson, Alex Stolis, Beth Mayer, and Donna Isaac. The event begins at 7 p.m. SubText is at 165 North Western Avenue (at Selby Avenue).

It’s not too early to think about summer. In fact, after this winter, focusing on a future where lakes become watery again is probably a good idea. COMPAS is offering a great, quality arts experience for young people, but you have to sign up soon. 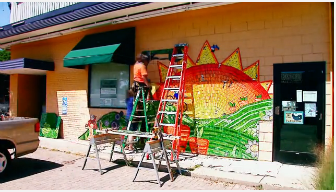 Their ArtsWork Theater Program is a six-week experience led by Mentoring Artists Zaraawar Mistry and Leslye Orr. ArtsWork will be employing up to sixteen teens between the ages of 14 and 21 in a theater program at Dreamland Arts. Hired as apprentices, the teens will spend six weeks learning every aspect of theater, from writing, directing, and acting to running sound, lights, costumes, sets, and music. ArtsWork provides an opportunity for participants to showcase their creations. This program is designed to create opportunities for young artistic voices.

The deadline to apply is March 31. Check here for more information and application materials. They are hoping to include young people with a wide range of backgrounds, especially youth with disabilities. This is a great opportunity for teens and also for us! We are on a mission to support the emerging arts community and encourage strong youth voices. 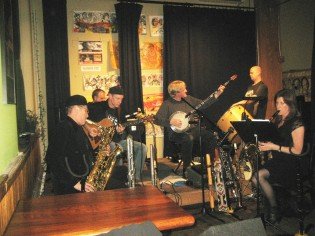 Right: The Other Country Ensemble

We have a lot of friends. A lot of them hang out at the Black Dog Coffee and Wine Bar. Many of you have figured that out. So have a lot of musicians. Making their monthly appearance, the Other Country Ensemblewill be at the Dog on Monday, March 24. It’s the month’s fourth Monday, which means they will bring their music from around the world. around the world. The Other Country Ensemble mixes it together with a jazz flair. This month’s lineup includes Mark Black, percussion; Steve Clarke, flutes and saxophones; Greg Herriges, bouzouki; Scott Nieman, bouzouki; Louis ‘Rundio’ Sinclair, Chapman stick; Stephen Spaise, percussion; David Stenshoel, violin and saxophone; and Laurie Knutson, flutes, clarinet, and saxophone. There is no cover charge, but do be generous with your tips. Since the sinking of the Artists’ Quarter in Downtown, the Black Dog has taken on board many of the survivors. Each week’s lineup of always free music is stunning. The Other Country Ensemble starts at 7:30 p.m., and the Black Dog is at 308 Prince Street in Lowertown.

Did you ever listen to a bit of alt-country or some of the country and western clips from fifty years ago and say to yourself, “Gosh, if country music still sounded like that, I might actually listen to it once in a while!” The Twin Cities have a few bands that right that wrong. On Thursday, March 27, one can hear one of them when the Cactus Blossoms headline the latest “Loud at the Library”. The Cactus Blossoms is a band of brothers Page Burkum and Jack Torrey, backed by friends. Loud at the Library is a fun event in a great space, the James J. Hill Reference Library. This recurring event is sponsored by The Friends of the Saint Paul Public Library, with doors opening at 6 p.m.

Music Trivia with Jeff Kamin starts at 7:15 p.m., and the music starts at 8:15 p.m. Added bonus: if you show up with your library card and an ID showing you are 21 or older (like I have been for a couple of years), you can get a free beer from a local brewery and the event sponsor, Summit Brewery. The library is at 80 West Fourth Street, attached to the Central (Main) Library across from Rice Park.

On Sunday, March 30, the Choirs of the University of Minnesota will be in another of Saint Paul’s grand spaces, the Cathedral of Saint Paul. “Music for a Grand Space” features choral music especially suited for one of the grandest cathedrals in the United States. This annual event is even more connected to the Cathedral than the increasingly iconic Crashed Ice, and will sound much better. The Cathedral is at the east end of Selby Avenue; just plug 239 Selby Avenue into your GPS. This free concert begins at 2:30 p.m.

On Wednesday, March 26, you have the chance to sit down with the cast and crew of the Park Square Theatre’s new production of Cyrano. Park Square has been noted of late for their work, and this event, “Behind the Curtain”, co-sponsored by The Friends of the Saint Paul Public Library, is a great way to learn what is behind their success as well as engage in a lively discussion about the show. Cyrano is the humorous, classic tale set in the 1640s and is a great theater experience for anyone. This discussion will be held at the Saint Anthony Park Library, 2245 Como Avenue, at 7 p.m. The Park Square production runs through April 6 at their 20 West Seventh Place venue in downtown. Call The Friends at 651-222-3242 to reserve your spot on the 26th and ask about ticket discounts to the show.

Last week, I spent an afternoon shoveling eight inches of snow out of my parents’ driveway with my father, something we had not done together since we were a lot younger. Their place is north of here, and I was trapped by the weather, pleasantly enough, but I missed a few things. This week, while it might not be spring, I don’t have an excuse to stay at home. There is always more to see, and you can find it at the Almanac arts calendar. If you don’t see me at one of these events, ask me why, or tell me how you liked it. Hopefully, I will see you. Have a great week.