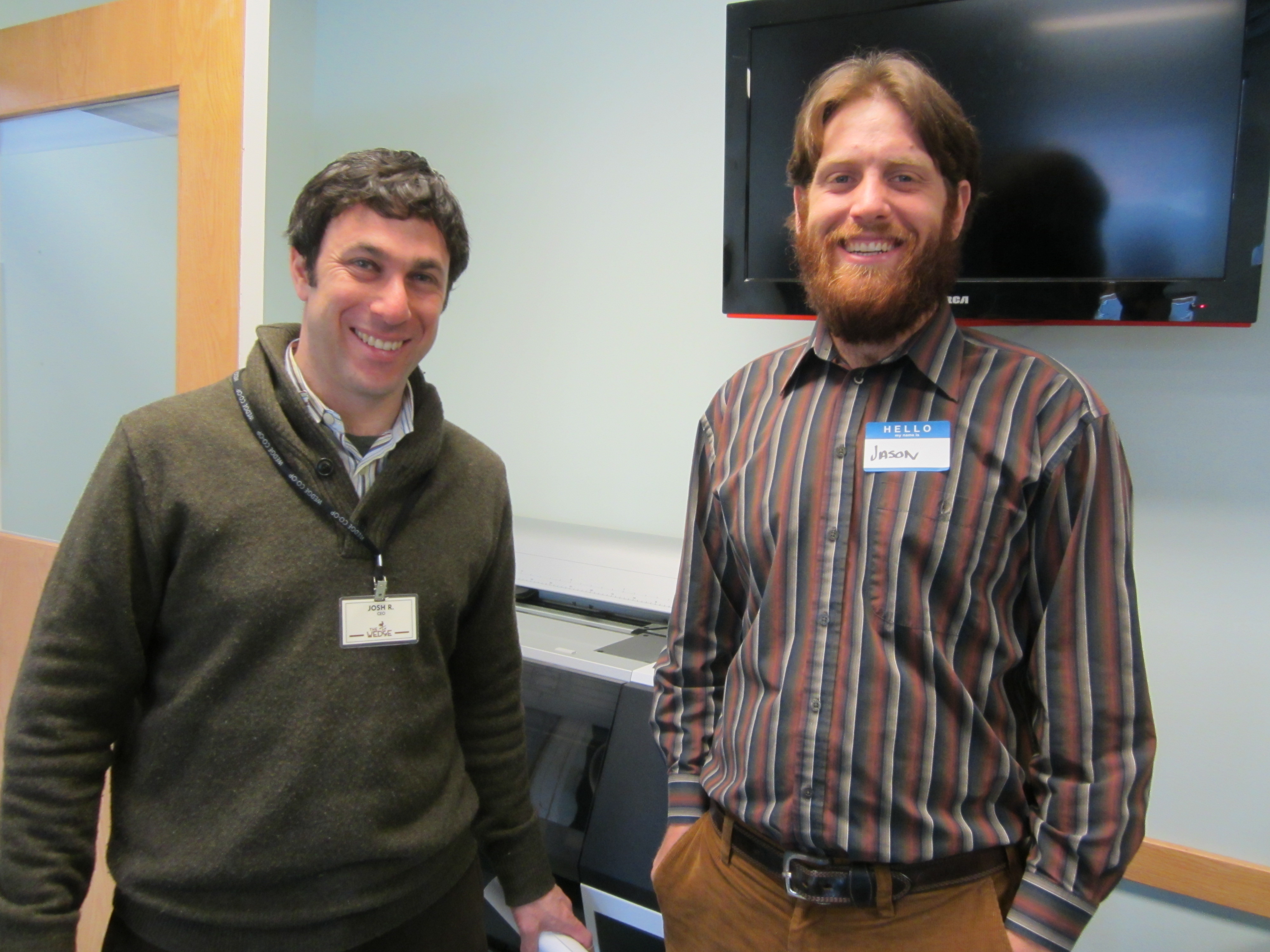 Josh Resnik, the Wedge Co-op’s new CEO, said that overseeing a philanthropic program that gives a portion of the co-op’s annual profit back to the community is one of the most satisfying parts of his job. Since 1997, Wedge Cooperative member-owners have awarded more than $600,000 in WedgeShare grants to organizations whose work aligns with the co-op’s values.

Resnik explained that all nominees must advance the International Cooperative Alliance’s Principle #7, demonstrating concern for the community. To be eligible, an organization must also be non-partisan, non-sectarian, and engaged in activities related to the natural environment, health and wellness, natural foods and sustainable agriculture, community involvement and capacity-building, or cooperative-related activities.

Members vote on WedgeShare grant recipients at their annual fall meetings. In October 2012 they decided that these organizations would divide a total of $75,000:

Two organizations were showcased. Michael Venker, a board vice president, spoke on behalf of Open Arms of Minnesota, best known as the state’s only nonprofit committed to preparing and delivering free healthy meals tailored to the needs of people living with HIV/AIDS, multiple sclerosis, ALS, breast cancer and other diseases. Venker also highlighted lesser-known efforts, such as ensuring that children living in South Minneapolis’s Phillips neighborhood, where Open Arms is based, have access to healthy foods in the summer. A world away, he said that Open Arms has been working with communities in sub-Saharan Africa to provide food and technical assistance to people living with and affected by HIV/AIDS.

Midtown Farmers Market was recognized for its committment to providing all community members with better access to healthy and affordable foods. Market manager Amy Behrens noted that founders were determined to locate the market as close to the Midtown/Lake Street light rail station as possible and to make it accessible by bicycle and foot. Then, in 2006, its third year, the Midtown Market became the first in the state to allow patrons to convert their EBT (Electronic Benefit Transfer) cards to market tokens. As an added incentive, customers making purchases with EBT cards can receive up to an additional $5.00 in “Market Bucks” each market day. Such policies make it easier for those receiving food support through the Supplemental Nutritional Assistance Program (SNAP) to purchase healthy, fresh, locally produced foods. Farmers markets statewide have now adopted the program.

In expressing her delight at receiving a WedgeShare grant, Behrens told the audience that  additional funding will allow organizations like hers to expand their efforts and work more effectively. Among other things, the Midtown Farmers Market will now be able to hire an outreach person who can spread the word to non-native English speakers about the healthy, affordable local produce it offers.