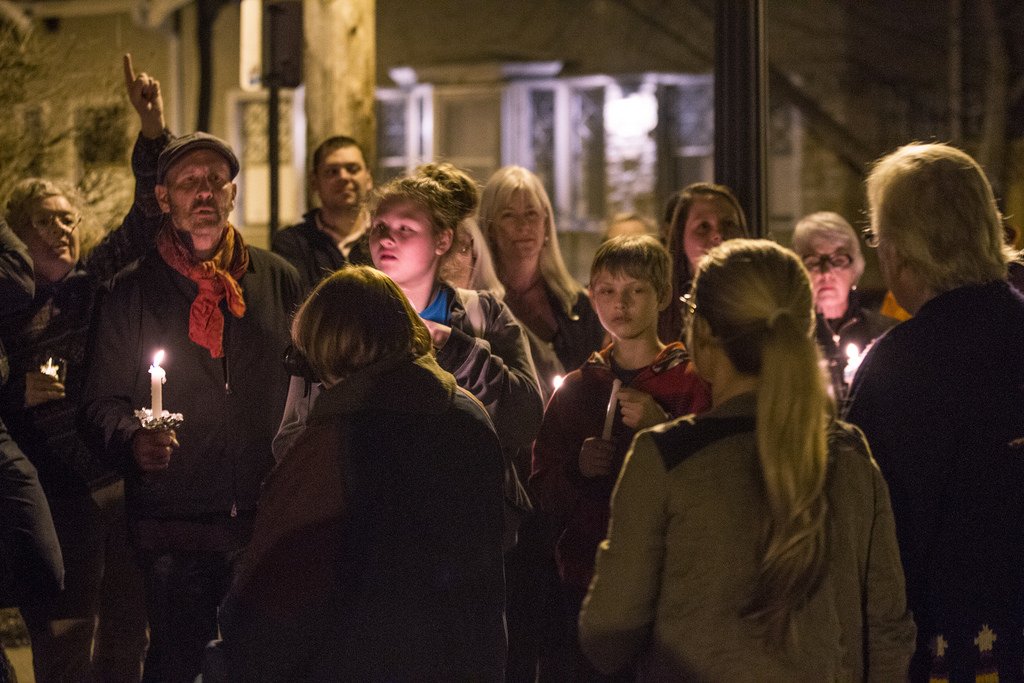 Last week, the Star Tribune published an article explaining the frustration experienced by developers in trying to navigate the neighborhood approval process, citing the need for “extensive haggling” with neighborhood groups. This is understandable considering there is no consistent process amongst the 81 neighborhoods, and, though developers are required to present plans to residents, these groups have no formal power.

In the article, Ward 10 Council Member Lisa Bender expressed a seemingly common-sense concern that these groups fail to represent the full range of her constituents. That may be upsetting to some people currently on the board of the Lowry Hill East Neighborhood Association, one of whom is rumored to be running an anonymous anti-development Facebook page—a group standing in opposition to proposed developments for 2320 Colfax and the corner of Franklin and Lyndale.

Not surprisingly, this anonymous and often ridiculous online character argues for the supremacy of LHENA and similar groups in representing neighborhood interests. Of the recently held LHENA election, they boasted, “Out of thousands of applicable and notified voters, just over 100 people attended.” Well, hey, that’s great. Barely anyone came, but at least they spent a lot on postage.

Now, let’s talk about real elections. In November 2013, there were 1239 total votes cast in Lowry Hill East (precincts 10-1 and 10-2) for Minneapolis City Council Ward 10. Lisa Bender received 760 first choice votes (61.3%). That’s as fair a representation of the neighborhood as you’re likely to get. Candidates went door to door, spoke with voters, gave interviews, mailed flyers, and debated the issues over many months. Nearly $143,000 was spent between the two front-running candidates to get their message to voters ($82,559 of it on behalf of Meg Tuthill). We had a long time and ample opportunity to get to know the candidates.

For comparison’s sake, I’m not sure there are 1,239 people in The Wedge who could tell you what the acronym LHENA stands for. If you’re a politically active resident of The Wedge, you probably met and had a chat with Lisa Bender prior to the election. But if you endure the three hour runup to a LHENA election, you’re voting blind—because board hopefuls announce their candidacy mere minutes before ballots are cast. This is not a process that inspires confidence.

In the wake of Meg Tuthill’s defeat, loud opposition has sprung up against two new developments in Ward 10, one of which is proposed for the site of an arguably historic house located at 2320 Colfax and built by T.P. Healy. The second development concerns a mixed-use building to replace an older, though not remotely historic, building and adjacent parking lot at Franklin and Lyndale. But the opposition comes tinged with a Tea Party-esque distrust of the political process and victim mentality that might relate to how these groups (Healy Project and MRRDC) are largely led by the remnants of the old Tuthill campaign.

Tuthill’s old campaign website and the Healy Project non-profit corporation are registered to the same individual—a person who also made false accusations against Bender during the early parts of the 2013 campaign. The most visible public faces of The Healy Project and MRRDC, Trilby Busch and Anders Christensen, are Tuthill donors. Tuthill is a fixture at MRRDC/Healy house vigils; and she showed up at City Hall, with MRRDC allies in tow, to lobby her former Council colleagues on the issue. This is not to suggest even an ounce of impropriety. But let’s be clear: this seems to be as much about sour grapes as old houses.

Responding to CM Lisa Bender’s quotes about neighborhood groups, the anonymous anti-growth blogger (and rumored LHENA board member) argues that decisions should be left to the “best local people” who “put in the time and effort” to show up to three-hour LHENA elections.

In theory, neighborhood organizations are closest to local residents. But in practice, they are older, wealthier, whiter, and more likely to own real estate or their own business than a typical resident. Neighborhood groups are essentially interest groups lobbying on behalf of small slices of Minneapolis.

The assertion that the “best people” to make decisions are those privileged enough to have three disposable hours to devote to an annual board election is, at the very least, goofy. At worst, it’s offensive. Freedom from work, family, or other life obligations should not be the standard for who’s “best” included in the decision making process. Suggesting that neighborhood organizations—composed of elites—should get a veto is just another way of saying certain economic, racial and age groups aren’t worthy of the process.

By this theory, the size of the electorate should be shrunk down to ensure participation is difficult or inconvenient. The special few with the ability or inclination to overcome all obstacles are rewarded with an amplified voice in the process; and this amplified voice is something that’s earned and well-deserved. That’s an idea you expect to see in right-wing circles, but here it is popping up in the neighborhood politics of lovably liberal Minneapolis.

It isn’t enough to show up to the DFL caucus, the primary, the general, and even special elections. If you turned out for all of them, that would put you into the elite category of super-voter. But, according to this clubhouse mentality, even a super-voter is subject to overruling by their neighborhood organization. This is obviously wacky stuff. But it’s pervasive among those who’d like to use neighborhood groups to nullify the results of last year’s election. You shouldn’t be able to shrink the voter pool down to a size that makes it possible for you to achieve some desired result.

Enough with the sour grapes. The whole city voted in a real election 6 months ago. If you don’t like the results, make better arguments than my neighborhood club trumps your city council; or, if good arguments aren’t your thing, you could just start printing anonymous flyers for 2017.

At top: 2320 Colfax vigil: Neighborhood residents and local figures at a candlelight vigil on April 22, 2014. (Photo)