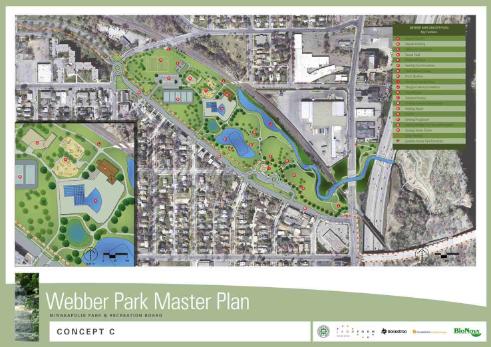 I recently took a chance on the ice of the shallow pond in Webber Park and it held. I did this in anticipation of skating on the pond in the near and cold weeks of January. But to my disappointment I was informed by a park employee that the Webber Pond would not be flooded this winter, the warming house would not be brought in, and it was another blow to my sense of fairness for our community. Skating on the pond, on cold and clear winter nights, with Orion sparkling in the evening sky, is truly one of the delights of winter, and like the pool, it also will be gone in 2012. A simple delight that makes life in a cold winter special; even great. Last winter, as I laced my skates on the boardwalk, a fox zipped past with a rabbit in its mouth. These are not moments to be missed.

I hang my hopes for better times in Webber Park on the promises of the Park Board. A commitment has been made, $4 million have been allocated, and a Master Plan for Webber Park is moving forward. The early fall brought meetings with the community, a three-day planning charrette, and two favored design concepts, C and D (pictured). On December 13 the Park Board and and the designer, Landform, presented the reworked design concepts, and the community had another opportunity for input into the future improvements. Discussion centered on two main points: Whether to have a traditional pool or a swimming pond; and whether to utilize traditional chlorine treatments or natural filtering treatments. Either treatment method could be used, with either swimming design. A majority of the people at the meeting preferred natural treatments and the swimming pond design, to the more traditional pool and chlorine treatments. Some people expressed concern that a swimming pond would not be adequate for lap swimming, diving and swimming lessons. Bob Schunicht of Landform said that the pond would be adequate for lap swimming and swimming lessons. People also expressed a desire to continue skating on the pond in the winter.

Both design concepts concentrate recreational activities at the west end of the park. In the short-term the new aquatic facility would be built near the playground, and a four-season aquatic building, that could double as a warming house in the winter, would be added adjacent to the pool (or pond). The tennis courts, playground and park building would remain, and additional parking would be added, requiring some changes to the playing field. The baseball diamond would be removed and the soccer field would be improved.  In the future, the plan includes moving the basketball court closer to the park building.  Picnicking will be enhanced by the addition of shelters and the creek will be improved, by widening and returning it to a less channeled design. The library will remain at its present location, until the County moves forward with their plans to build a new library.  At that time a pavilion could be built at the library location.

In January the MPB’s preferred master plan will be presented to the community and the community will be asked to give their final recommendations to the plan. The next meeting is January 10, from 6:30 to 8:30 p.m. at Webber Park, 4400 Dupont Ave. N.  A public hearing will be held in late January or February. The Park Planning Committee and full Park Board will have the opportunity to approve the preferred master plan and community members can address the board with their opinions. If the design is approved construction should begin in 2012 and the people of our community can look forward to swimming in 2013.

Patience is a virtue; I’ve been told that many times and it seems we get many opportunities to develop this virtue. I’m looking forward to seeing my neighbors in the park, on the rink and at the pool. For more info or to make a comment go to http://www.minneapolisparks. org/default.asp?PageID=1286. 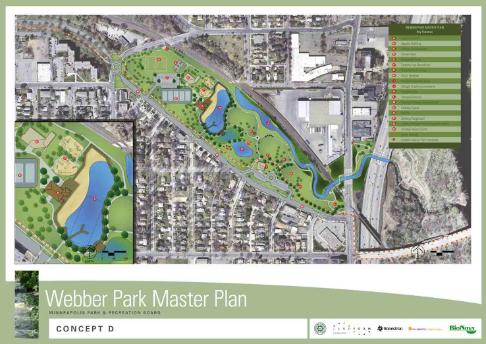