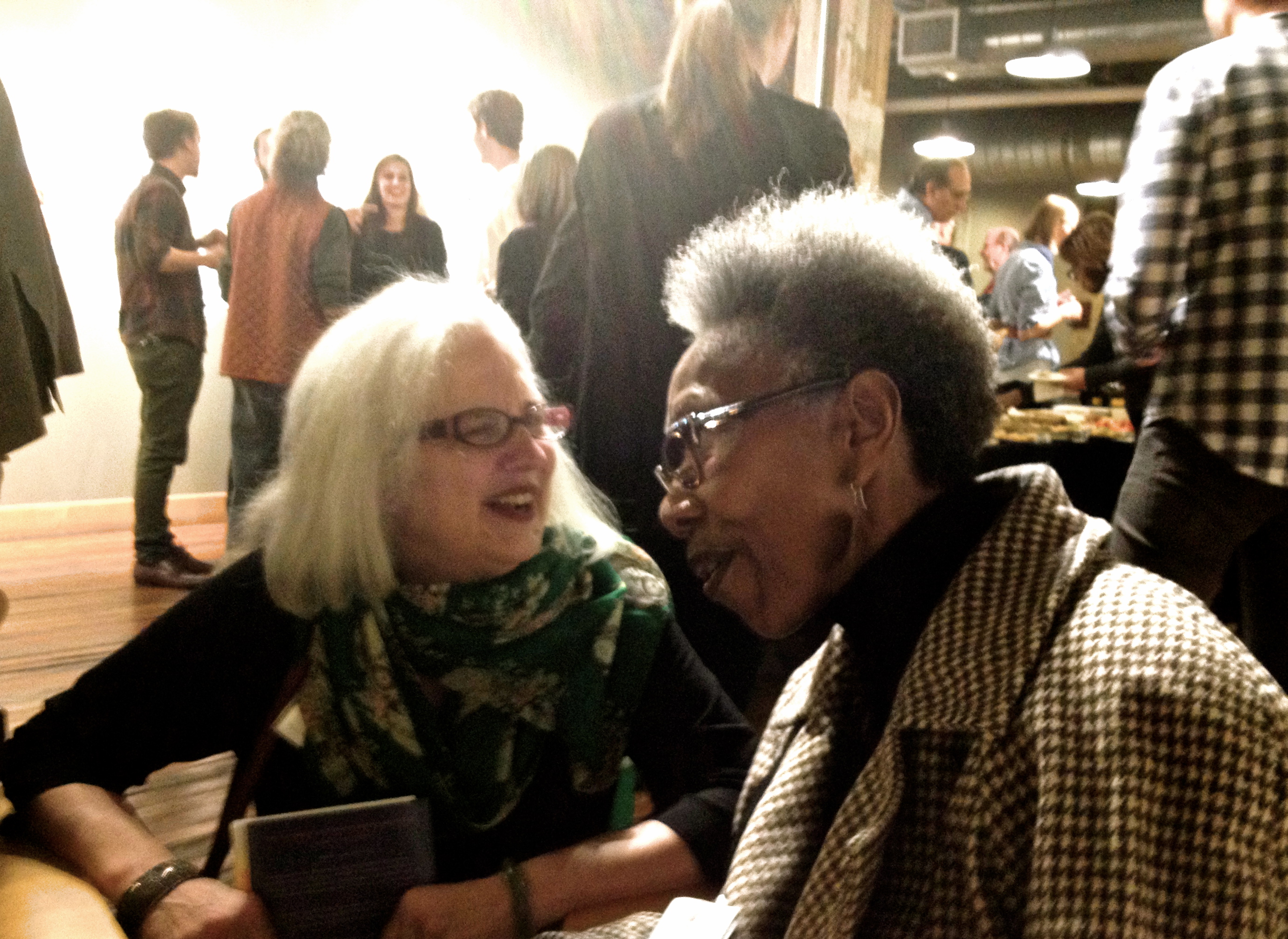 Last night Parthenia and I made the rounds of poetry readings. We couldn’t stay but wouldn’t miss a stop at Open Book to congratulate Patricia Kirkpatrick, winner of the first annual Lindquist & Vennum Prize for Poetry. Patricia read from her new collection of poems, “Odessa,” published by Milkweed Editions. Poetry is nice, but Parthenia and I both noticed great shoes in the crowd, especially Patricia’s soft, suede flats with ankle straps and daughter Simone’s shiny golden heels–stand-outs with black tights.

We wondered about the title of the book, Odessa. This morning as I was reading Patricia’s poems I found the one titled “Odessa Stones.” It is a beautiful piece that describes a town in western Minnesota, a namesake and how it feels to lose people.

After making the scene in Minneapolis, we shot over to Lowertown in St. Paul to attend the Saint Paul Almanac-sponsored Lowertown Reading Jam at the Black Dog Cafe. “Three Artists, Three Themes” was curated by J. Otis Powell. He was joined by Tish Jones and Shá Cage.

The cafe was warm and full of friends as three very different artists took the small stage and brought their best and most beautiful voices to their stories.

J. Otis Powell, dressed in soft clothing, a muffler wound wound his neck–a soft-spoken but eloquent man, made introductions and played jazz CD’s during transitions. He explained the evening’s theme, a personal one, about identity and reclamation in these words:
“How do we continue a conversation between ourselves and the world, between fact and friction, truth against mendacity, imagination confronting knowledge? How do we reclaim or claim for the first time what is ours from what was taken, squandered, and sold to the highest bidders? Wishes from the other’s world well up inside. There’s little isolation from weathered want; it’s piped in like air conditioning, creeps in like fog, hiding all but itself. The self is warped, watered down, withered.”

Tish Jones took the stage with her old soul youthfulness and Hip Hop style to speak words artfully and powerfully descriptive of a world too often “unpredictable and uncontrollable.”

Shá Cage turned up the volume. She read pieces selected from her theatrical work-in-progress N.I.G.G.E.R. She embodied her characters so completely that even though her young son crept on stage and wrapped himself around her legs, we in the audience only saw an English teacher lecturing us about racial slurs, a Liberian girl on her first day of school in the United States, a man and woman flirting at the bar.

During our car ride around town Parthenia and I talked about being “wealthy”–ten thousand dollar prizes, nice shoes, nice cars, good health, a neighborhood with houses near the lakes, a family that sticks around and sticks together. I decided to use the word more often. Last night’s poets left me feeling wealthy.

Photo: Patricia and Parthenia at Open Book in Minneapolis.