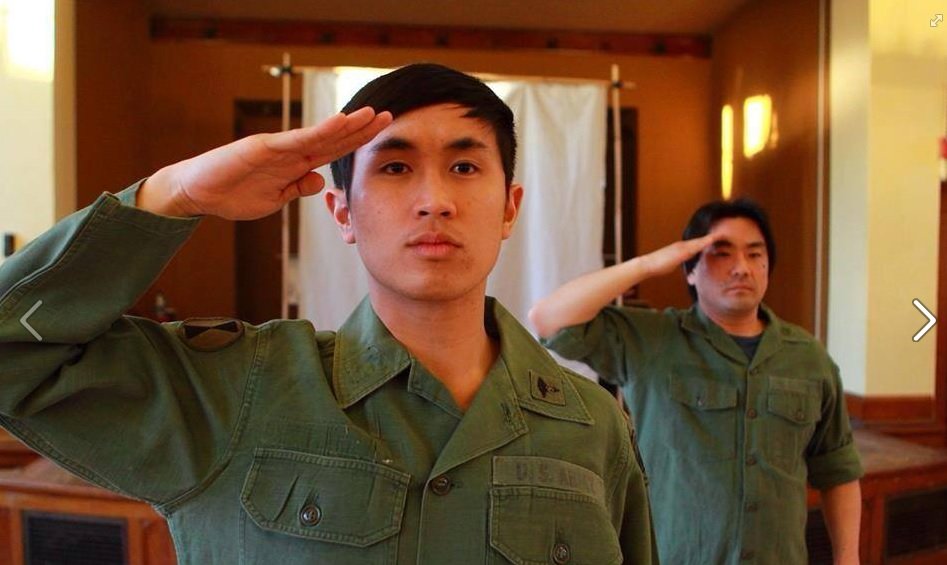 The Shadow War focuses on the years leading up to, during, and after the Vietnam War, when the Central Intelligence Agency and U.S. Army Special Forces developed a secret army made up of Hmong and Lao fighters to combat the spread of communism in Southeast Asia. Playwright Amy Russell, who created the play based on her experiences growing up in Laos as the daughter of CIA operative, explained that this became a workshop project as she developed it with the Hmong community and the actors themselves, including producer and actor Sandy ‘Ci Moua.

The manipulation of indigenous rivalries is as old as warfare itself, and rather than fading with the shrinking of the globe, it has become more important as a tool of geopolitical gamesmanship. Whether the boots on the ground are loyal allies or assets of circumstance, war is always better when you can get someone else to fight it for you. The favor of politics determine who is the freedom fighter and who is the insurgent, but no one ever willingly fights as a pawn.

This was a no-brainer on some levels; the Hmong had been fighting off the Chinese, Japanese and Laotians for many years and were fierce defenders of their homeland and culture. The encroachment of the North Vietnamese Army onto their land was not welcomed in the least, and the strategic value of their land was clear from the briefest glance at the western border of North Vietnam. As a result, for over ten years, the Special Guerilla Unit worked hand-in-hand with CIA operatives to harass and hinder the NVA war effort.

Of course, that is the version you can read about in the historical record. As much as war is a total event, sweeping land, politics and anything living into its storm, it is also a very personal and human event. People fight wars, people die in wars and people live with the results of wars for much longer than the conflict itself.

This play uses a connection between two women, Mia Mayevsky (Flora Bare) and Nhia Ly (Sandy ‘Ci Moua), to explore the effects the war has had on their respective families through stories told in flashback. Mia is the daughter of Gay Mayevsky, the wife of CIA operative Lee Mayevsky (Erik Hoover). Nhia is the daughter of Shoua Ly, a woman who was trained as a SGU soldier but has become an au pair for the Mayevsky family. Shoua’s brother Su Ly (Gregory Yang) is an active fighter and leader in the SGU. As the war advances in the hills around their home in Long Tieng, their respective stories become more tightly entwined. Unfortunately, this is a historical narrative, so the final twist of this thread is not a matter of justice or catharsis.

As a production The Shadow War works best when it is drawing out particular details that have been hidden by the scant attention this aspect of the war in Southeast Asia has gotten. The prevalence of child soldiers in the SGU is a disturbing detail mentioned many times by both Hmong fighters and sympathetic American politicians. Equally disturbing and equally “shadowed” was the incredibly high attrition rate (combat deaths) among the Hmong fighters. Losses ran as high as 70 percent for some battles, which would seem futile at first glance, but looks absolutely heroic when it is explained that these same fighters, many of them teenagers, were outnumbered and outgunned at ratios above 4-to-1.

Beyond the historical facts that this play brings forward, it also presents a Hmong point-of-view which has been also “shadowed” by the historical canon. The play makes very clear that this was a war the Hmong were fighting with or without the American involvement, and it was they who would be fighting the war long after the CIA pulled out of Long Trien. They were not puppets of U.S. foreign policy, they were fighting for their homes and unfortunately had a stronger sense of mission than many in Washington D.C. ever did. As with many events in this part of history, their fight was not unwinnable because of a lack of will or skill, but because of political considerations. I suspect this is a feeling that unites members of SGU with veterans from the war on the other side of the Laotian border.

There are many interesting things in this performance of The Shadow War. Sandy’Ci Moua carries a significant amount of the dramatic weight and also brings the majority of the emotional light to the turns of the play. She inhabited her roles fully and made many of the nuances of the Hmong experience evident on the stage. Song Kim, who played Sathanalat Thamavong (the person closest in this story to being a villain), was adroit and entertaining as the role of his character changed from corrupt scoundrel to someone more formidable. Flora Bare was at her best when she let Gay Mayevsky’s moral and personal fears be expressed at last.

On the technical side, the use of shadow puppets and projection imagery was a nice touch and added value to what was otherwise a very spartan production. At times these images added a touch of myth and fable, something which the director notes in the program as a way to bridge the blurring of memory and time. When they were not working as an expressive tool they offered historical images from the events recreated on the stage. The lighting design was simple, as well, but very effective. Basic things like subtle color shifts and light ratios created a range of different environments which were otherwise created with the bare minimum of props. The sound design was unobtrusive and provided much of the atmosphere that the bare stage lacked.

I imagine the best moments in the play come from the shared experience and development of the play by Russell, the actors and others in the Hmong community, but it may have also created some of the more frustrating aspects. The Shadow War is not quite a cohesive or unified narrative; there are elements mentioned but never developed, there are themes suggested but never carried through, and the whole story struggles to find a solid narrative pace as it reconciles the historical record with the needs of storytelling. As I said, there was plenty to get excited about, but I think a stronger narrative would combine the power of those many separate details.

There are a moments and scenes which felt out of place and a little too self-indulgent, perhaps even off-tone. The choreographed angel/devil paradigm of political advisors who consult with Lee Mayevsky on the progress of the war felt really simplistic given the authentic depth of the rest of the show. Likewise the few moments of dance-inspired movement work seemed extravagant given the pared-down narrative that surrounded them. As for the text itself, sometimes dialogue suffered for the sake of expedience; there was much that was too on-the-nose for its own good. Conversely, there were a few things that were left unexplained that could have deepened some scenes if they had been developed.

Unfortunately, I think the most satisfying part of The Shadow War will be hard to repeat. As part of the premiere of the play, there was a contingent of SGU veterans in the audience. Watching their reactions to the events and people that they knew so well added a dimension to the show that really was unexpected and moving. After the program, they gave their blessing and perspective on the play’s events.

A former CIA operative, a contemporary of the playwright’s father, was also in the audience and participated in the discussion. He added quite a bit to the conversation, particularly his frustration with the path chosen by his superiors at Langley. He concluded by making the clear, and important, connection to contemporary conflicts in Afghanistan, Iraq and Syria. His advice to the audience and to Amy Russell was to develop the play in a way that expands it to speak to more modern and general issues.

I have to disagree with him. The Shadow War works at its best when it is showing us the details and emotions that are particular to the people who lived this history. Pulling away from this focus would only weaken the play and make it a generic exercise. For sure, the play and the performance will continue to develop and deepen; but the way forward is to dwell even more deeply on the forgotten and hidden corners of this war. There are details and gradients to be seen even in these shadow events, but it takes a keen focus and patient hand to render them with perfect shading. The Shadow War can benefit from this kind of study.