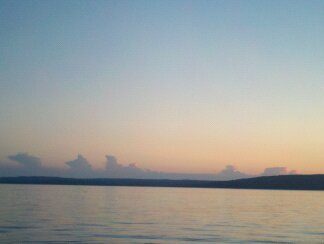 Have you seen that Jon Stewart video? The one where he tries to talk about Israel, and, before he can get a word out of his mouth, a crowd of detractors jumps up to correct him and shout him down?

A while back, I received a grant from the Nation Institute’s Investigative Fund, which is “dedicated to a free and independent press.” I’m not bragging, but they don’t give these grants to just anyone. The bidding process is competitive and thorough.

In other words, they wouldn’t have given me a grant if they didn’t believe in my work or the topic, which is—dare I say it?—education reform, as it is playing out in Minneapolis, and in the Minneapolis Public Schools.

Cue the Jon Stewart video, but this time, imagine it’s someone like me in Stewart’s seat, and every time I say the words “education reform,” a little crowd of people jumps up to shout me down and tell me how wrong I am.

That’s just what happened when the first fruits of my grant-fueled labor appeared. On October 7, In These Times magazine published my piece about the outside money flowing freely into the Minneapolis school board race. They titled it “Why are Teach for America and a California billionaire investing in a Minnesota school board race?”

As soon as the article went up, people went crazy. Some jumped for joy (as in, hallelujah, someone is writing about what’s going on in Minneapolis), while a small but hardy few got pretty upset with what I’d written. One especially fervent detractor, who often goes to great pains to remind others of her progressive values, wrote a long rebuttal to my article, and then copied and pasted it into several different Facebook groups, and posted it three different times in the comments section under the article itself.

Wow. The passion is admirable, but suffocating.

Education, and the current billionaire-driven “reform” movement, is a touchy topic. I get it, and I have no doubt that, at the root of it, most people believe they are acting in the best interests of children. Well, okay, I have some doubt, but I try to keep an open mind.

I got a grant to write about education reform in Minneapolis because it is an important, valid, real topic. There are forces at work in Minneapolis that are begging to be brought into the light, not so that my “side” wins, or candidate X, rather than candidate Z, gets a seat on the city’s school board in November, but because no democracy can flourish or improve without a watchdog press.

My work is making some people pretty uncomfortable. In a few unfortunate incidents, it is even bringing out a rather bullying, arrogant, anti-democratic tone.

I’m not comfortable with that, but I’m not going to stop writing.