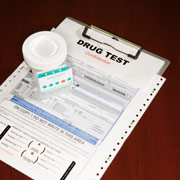 How we think of poverty and homelessness as American social problems has certainly ebbed and flowed throughout the last 200 years. We’ve achieved a national standard of living that allows the wealth of our poorest to “exceed that of many an African king,” as Adam Smith aptly noted in 1776, and Minnesota’s improved social welfare systems reflect positive shifts in the ways that we collectively view and serve our state’s poorest residents.

In the 1800s, for example, the poor were separated and served according to “worthy” poor and “unworthy” poor statuses, whereas today we…

Wait. Are we doing the exact same thing?

A piece of legislation recommending that MFIP and General Assistance (GA) recipients undergo drug testing has once again reared its head in Minnesota. This legislation includes problematically vague grounds for testing—including “bizarre behavior,” “twitching,” and “inability to verbalize”—that could allow it to circumvent Fourth Amendment protections prohibiting unreasonable searches and seizures.

Those failing screenings would be given hearings, referred to treatment, and excluded from benefits for three years.

In other words, proponents once again want to label who is deserving. This is another conservative distraction from what really matters. It’s also dangerous on many levels, especially because so many people in our society still hold the belief that there are deserving and undeserving poor.

While the bill has an exemption for those whose root need for disability assistance is a substance abuse, it’s not clear whether or not people with mental illnesses that lead to chemical dependency would be exempt.

Even if that exemption is clarified, this is still bad policy.

This is another one of those conservative solutions in search of a problem. Contrary to popular belief, welfare recipients are NOT statistically more likely to abuse controlled substances than other economic groups or even politicians, and in some states are even LESS likely.

It’s a conservative ploy to divert services from where they could be most beneficial—investing in our schools, repairing our roads and bridges and widening access to mental health services. It also puts an undue burden on already underfunded local governments.

Rather than cutting the cord on the poorest in a costly, ineffective way that is more likely to criminalize stigmatized individuals than produce economic gains to the state, Minnesota should better invest in the programs that help people stand on their own–better access to health care and education.

Not only would doing so pay off vastly more in the long-run, but it would propel Minnesota back on track – out of the 1800s and into a stronger future for all of us.