A timeout, away from the serious issues of the day.

This morning, President Obama comes to Minnesota for the start of a three day swing through mid-state America. He’ll touch down a few miles from where I type this post. Odds are he’ll be ending his swing at the Iowa park where we had a family reunion several weeks ago. My thoughts on his visit to our area later this week.

But first, a brief look back at another time in history.

Elvis Presley died in Memphis TN on August 16, 1977. He was 42. I was living in Anoka MN at the time, and the death of Elvis is one of those events imprinted on my memory. I was not an Elvis follower, but I liked his music, and still do. His death was a shock.

Four months later, my son and I, and my sister and her family, made a Christmas trip to visit my parents in south Texas. Our itinerary included Chicago, St. Louis, New Orleans and, yes, a stop by Elvis’ Graceland at Memphis. We didn’t go in the already iconic grounds, but I took a snapshot ‘for the ages’. It’s the only time I’ve been there. 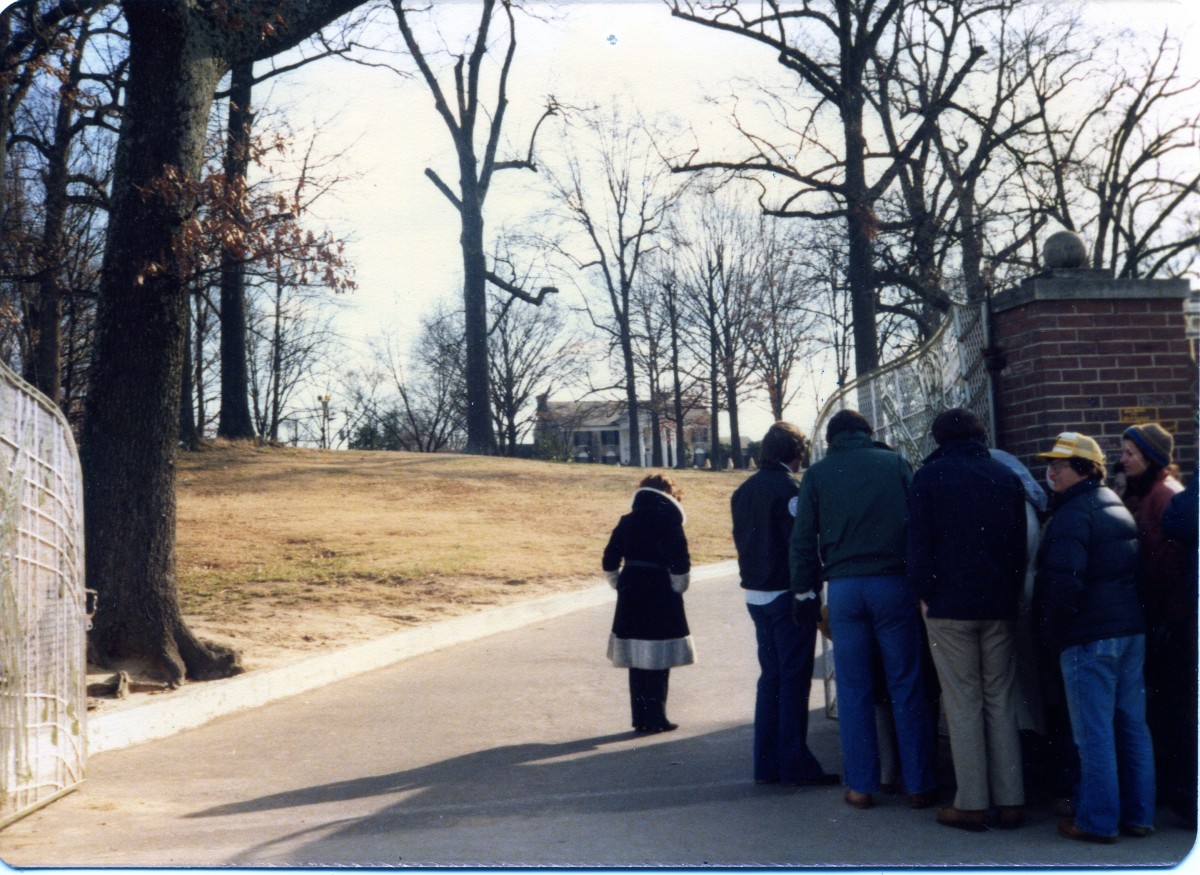 Elvis was a ‘kid’ when he died – most of us know the story, and if we don’t it’s easy to find out. But for many of us he is a marker of the Baby Boom generation.

I got to thinking of him, recently, when we were at MNs Breezy Point Resort and watched one of the annual appearances of Chris Olson – “Elvis” – lakeside at Pelican Lake. Chris Olson does one great show, and for a couple of hours we were in the presence of Elvis Presley. 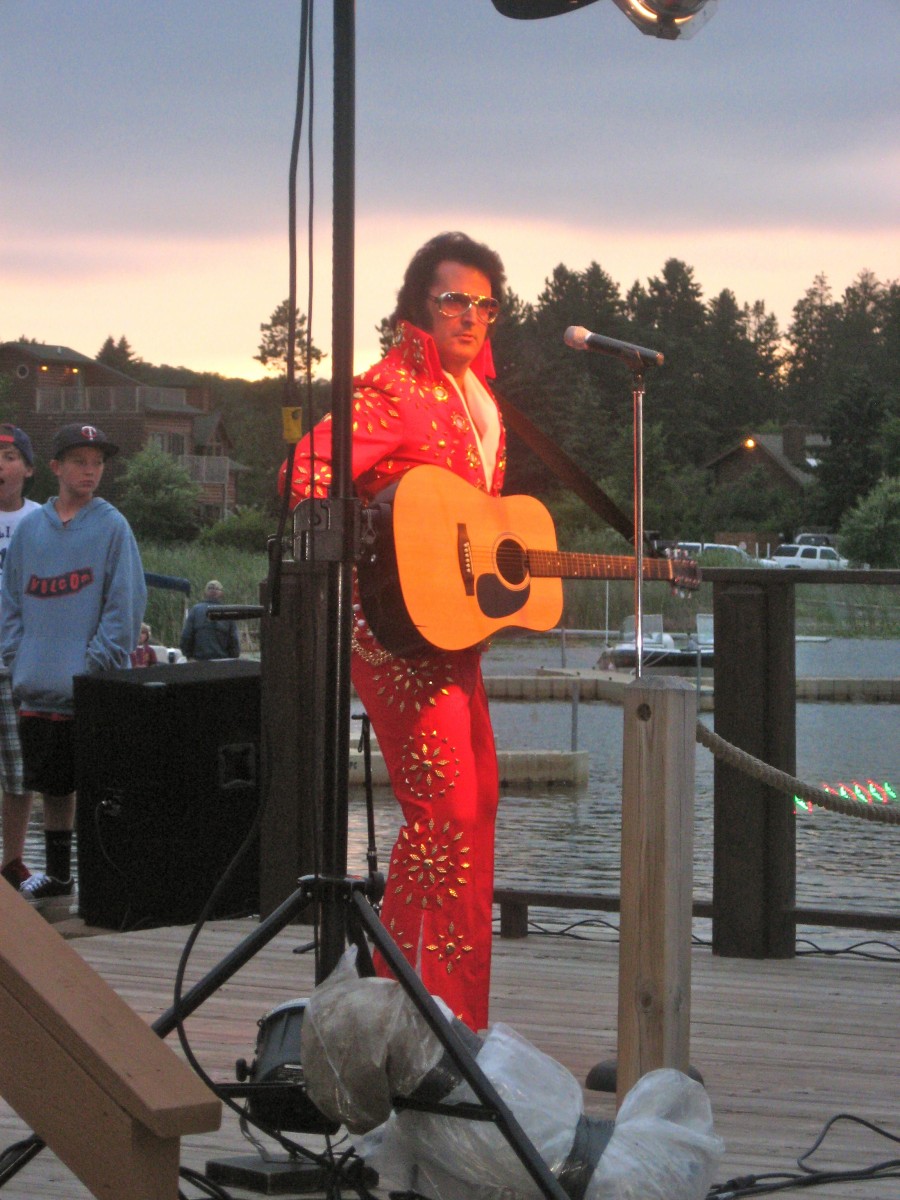 Elvis first attracted attention with this Edwin Howard column in the July 28, 1954 Memphis Press Scimitar. Elvis’ first recording, and many Elvis tunes, can easily be accessed at YouTube.

Elvis’ hit the national stage, and caught my attention, in 1956 when I was a Sophomore in high school in rural North Dakota. His hit was “Heartbreak Hotel”, which I most likely heard over a Fargo radio station.

In college I was a movie theater doorman and assistant manager (all-around flunky!) at the Omwick Theatre in Valley City ND. I was there during the run of two of his movies, GI Blues, and Blue Hawaii. He was an attraction.

I was surprised when Chris Olson announced that Elvis received only three Grammy’s in his performing life, and all were for gospel songs.

Watching Elvis at Breezy Point, we got in conversation with a nearby couple. The lady said she was 11 years old when she saw Elvis live in concert in St. Paul MN. It was one of the high points of her life, she said.

Back home, I looked up an account of that concert in St. Paul. It was just a few months before Elvis died at Graceland, and in a way it was a prophetic report of Elvis sad end. I’d guess the lady would be surprised at the review of that show she saw.

In our December, 1977, visit to Graceland (we didn’t get in the line, and go on the grounds to see the house itself), there is one photo I now wish I had taken.

It was of a trailer house type structure across the street from the entry where you could already purchase souvenirs of Elvis. We didn’t go in that trailer, either.

Thanks for the memories, Chris Olson.

You did a great show! 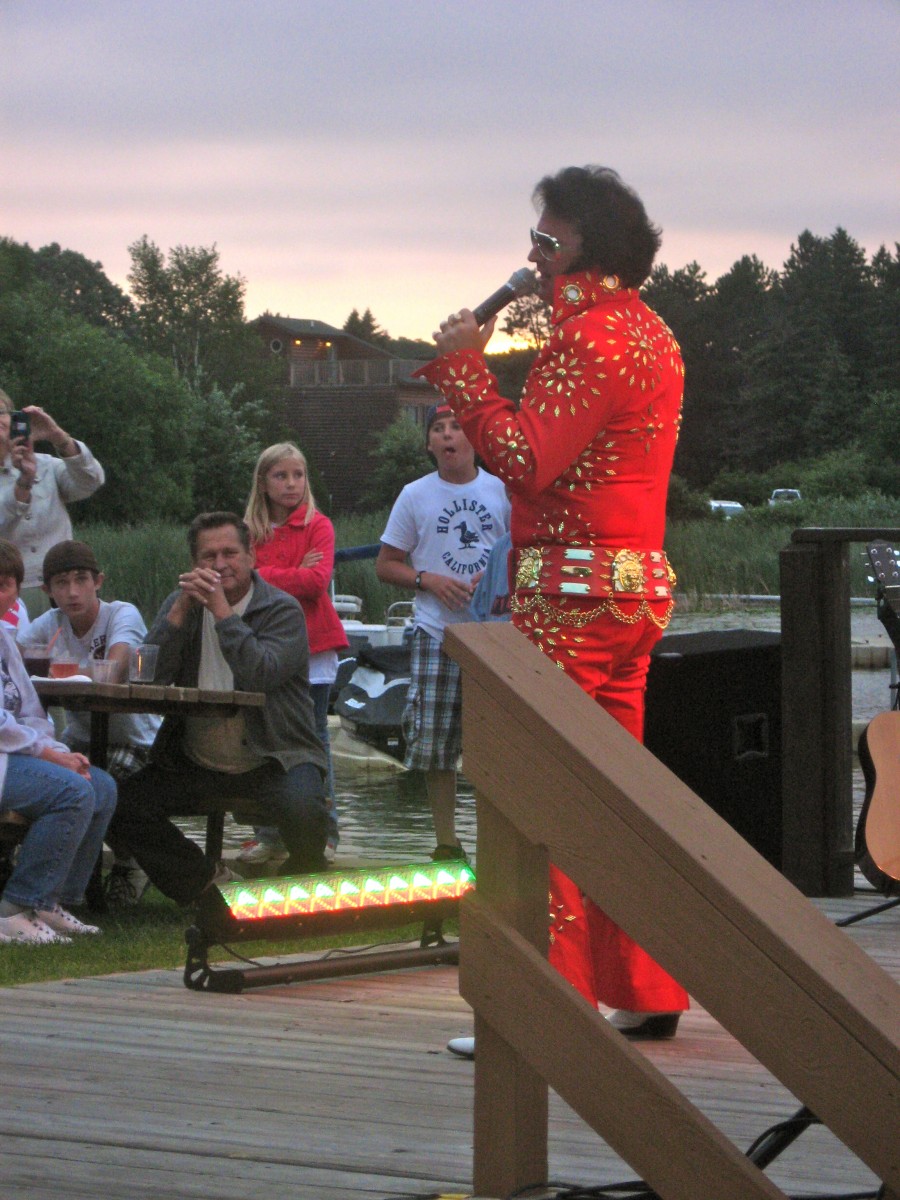 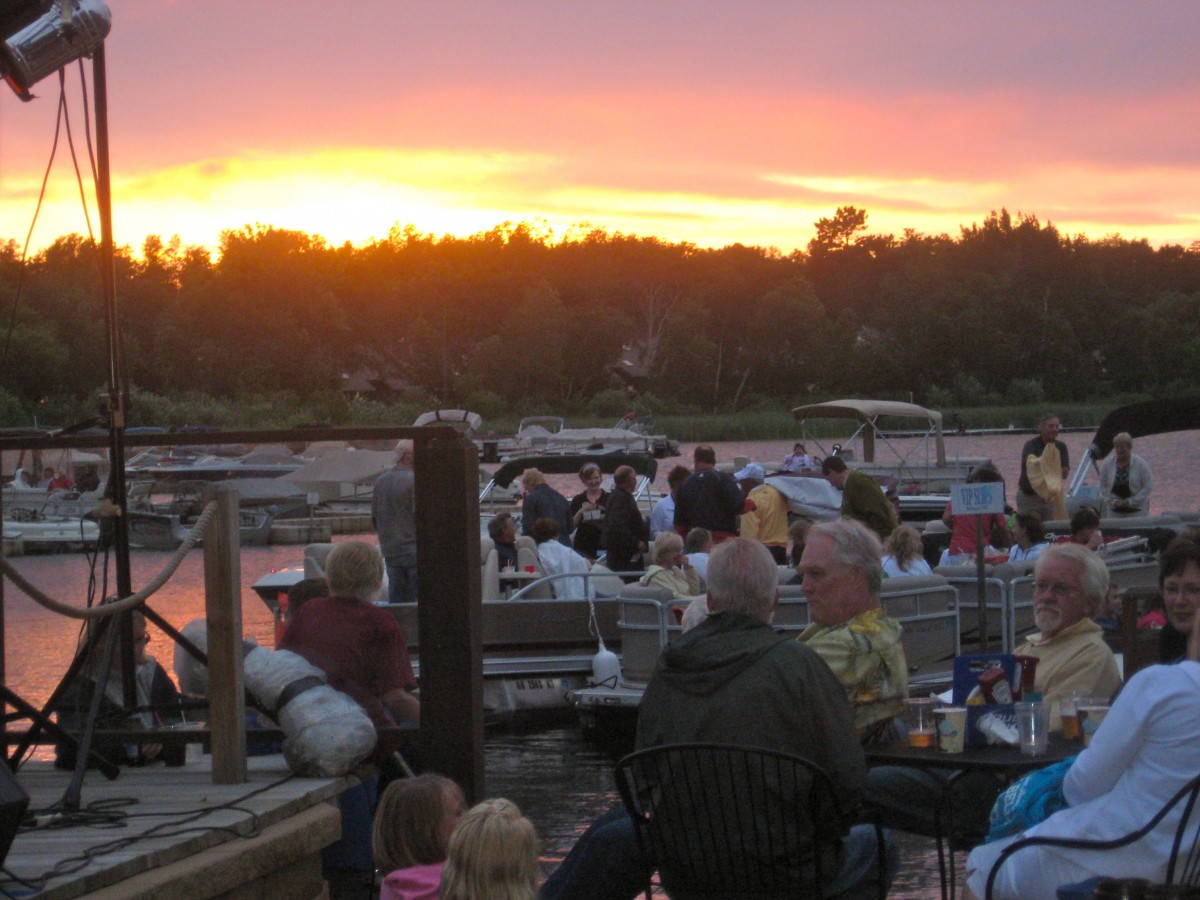