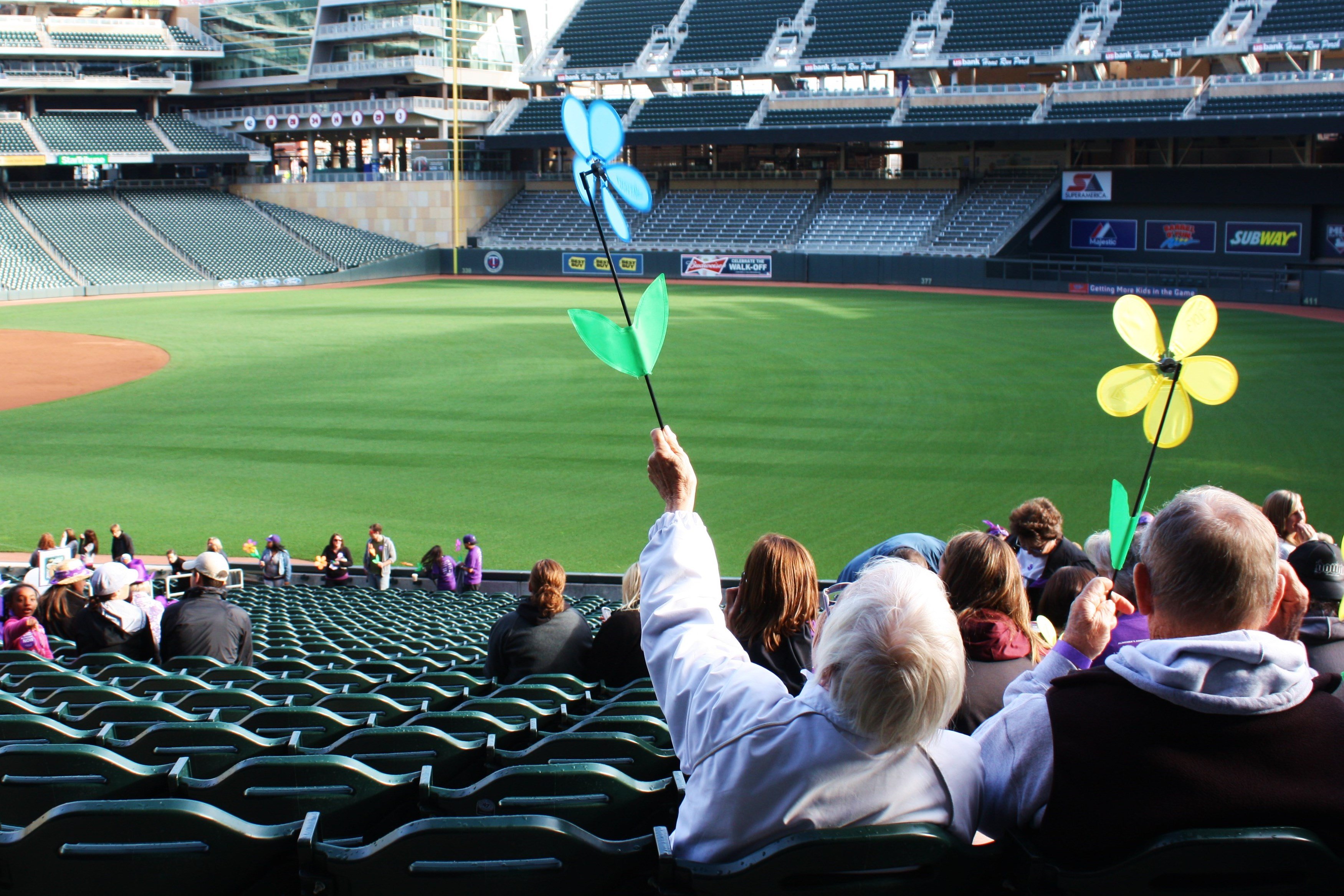 The 2013 Twin Cities Walk to End Alzheimer’s raised  more than 95% of its goal: $782,745.52 out of the $820,000, with participation from almost 4,000 walkers and more than 400 teams. The registered participants walked from Target Field along Twins Way on September 21. Some of the participants were particularly successful: the  Ocuppational Therapy Assistants at Anoka Technical College raised more than $1,000 for the Alhzeimer’s Association.

The walk started with a short greeting and introduction from some of the organization’s supporters and participants. Target Field suddenly bathed in a colourful garden of blue, yellow, purple and orange flowers, which were given to the walkers to show their support. Blue flowers were for those who are suffering from Alzheimer’s or dementia; yellow for those who were supporting or caring for someone with these diseases; purple, for those who had lost someone to Alzheimer’s; and orange for those who supported the cause.

“The Alzheimer’s Association Walk to End Alzheimer’s® is the nation’s largest event to raise awareness and funds for Alzheimer’s care, support and research. Held annually in more than 600 communities nationwide.”

Their event almost reached its fundraising goal and it is still open for new donations.

Target Field before the beginning of the walk

Each walker chose their own flower