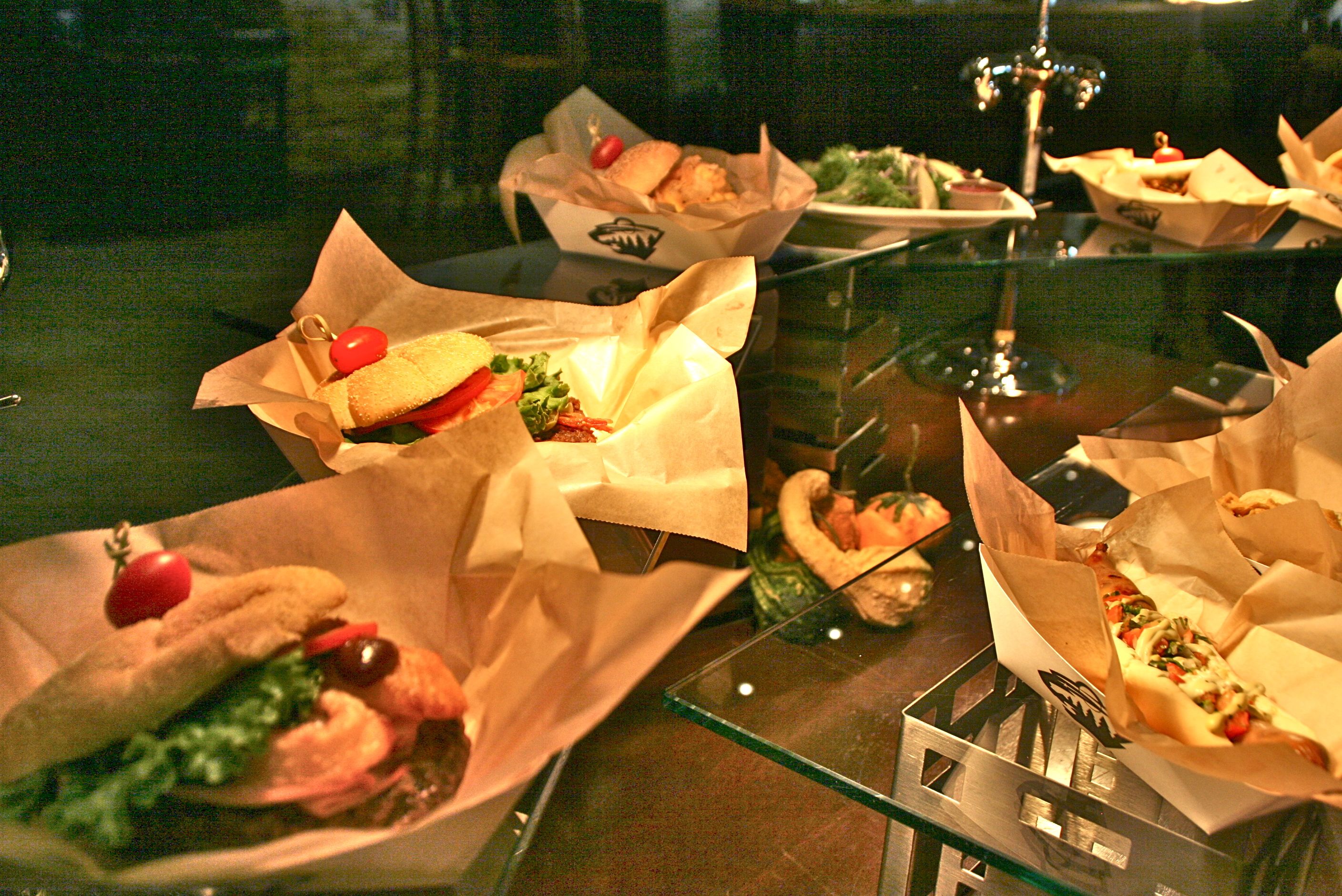 For the last year or so, Global Groceries has been mostly about exploring ethnic grocery stores and community gardens, searching for the interesting, the foreign, and the exotic. Recently, I had what for me was one of the most colorful adventures since I started writing this column: a few hours inside the world of professional sports.

I’m not what you could call a sports fan. My dad didn’t follow professional sports, my husband doesn’t (except for a little bit of MMA, for professional reasons), and few of my friends are interested. When I was invited to a sports media event, although I didn’t know what to expect, I was game. (Forgive the pun.)

Granted, this was a food-related pro sports media experience, and there’s nothing that will bring a journalist to an event faster than a sign that says, “free food!” Of course, the sign didn’t actually say, “free food!” It said, “Welcome to Taste of the WILD, VIP Media Sampling Soiree,” an event designed to showcase the new high-end menu choices available for hockey fans this season. (For people like me who don’t follow local teams, the Wild are an ice hockey team.)

Executive chef Jason Steidle is a kitchen veteran with 15 years in sports cuisine, working at Lambeau Field in Green Bay and at the Bradley Center in Milwaukee before signing with the Wild seven months ago. Following the new trend for better game-day food in other cities and also working with the Minnesota Twins, Steidle created 20 new concession items, 13 of which were available for journalists to sample.

Most are imaginative little sandwiches like the pork torta, the walleye BLT, a Reuben sausage (from South St. Paul’s Husnki’s Meat Co.), and a brisket sandwich with mac and cheese (one of my favorites). Non-sandwich items include the Minnesota harvest salad with wild rice, cheese and steak quesadillas, and slow-braised pork with creamy polenta.

Most of these new foods are available to the general public on the 100 and 200 levels, with a few, like the chicken and green chili sausage and the braised pork and chicken parmesan sandwich, served only at the club-level restaurant. (Any ticket holder can go there, I was told.)

Chef Steidle admits that there’s nothing unfamiliar about the Xcel Energy Center’s new fare. “We do things like special event wild game dinners, but for the most part, pork torta is about exotic as we get,” he says. “Most fans like to stick to tradition.”

“We do have sort of a Germanic nacho. It’s centered around pretzel nugget bite with crumbled brats and a beer-cheese sauce,” he says. Unfortunately, it wasn’t available for tasting.

Steidle’s duties include cooking for the hockey players. A workday for the chef and his staff can begin as early as 6:00 a.m. On practice days, he makes the team breakfast: oatmeal, eggs, and bacon. On game days, omelets are on the menu. Sometimes he doesn’t go home until 10:00 p.m.

In addition to the new concession fare, the Soiree included samples of wine, among which was a first vintage cabernet made from grapes grown by hockey player Zenon Konopka, on his California vineyard. “It’s a bold, rich flavor with a hint of coffee,” said Southern Wine and Spirits rep Corryl Holm. “A dollar of every bottle sold goes to StopConcussions.com and the Minnesota Wild Foundation.”

There were also samples of ice cream and toppings, served in tiny hockey helmets. I was nibbling on the ice cream when reporter M.A. (Mary Alice) Roska and cameraman Chip Elmquist from Channel 9 asked to film me. “Sure,” I said. “Anything to help another reporter. Print rules, broadcast drools.” I was told that I ended up in a feature piece that night, but I never saw it. Perhaps that’s for the best. I prefer being on the other side of the camera.

The Wild’s season is underway. Tickets for games are available. Come hungry.