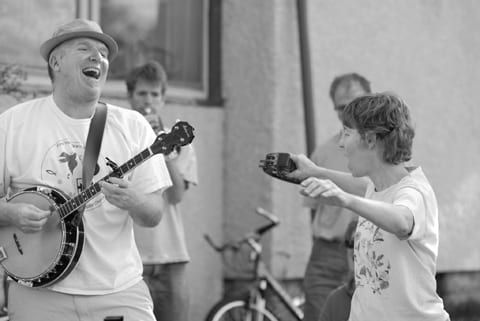 Churchgoers and non-churchgoers alike gathered outside the ruins of Powderhorn Park’s Walker United Methodist Church Monday night, May 28, to celebrate the church’s annual Memorial Day picnic, despite the devastating fire the night before that injured five Minneapolis firefighters and destroyed the century-old building. The official cause of fire remains undecided but recent evidence (which can be viewed here) suggests the cause of the fire to be lightning.

The picnic took on a second meaning that day, as a church congregation of around 150 members mourned over the loss of their church’s building.

A scorched bike, belonging to church member Ricardo Morales, remained locked to the bike rack just outside the remains of the church—tires seared off the rims and even parts of the frame melted.

“It’s my baby,” said Morales, holding up what used to be his prized possession. “It was so light. Now it’s even lighter,” he joked.

Morales had been attending Walker United for 10 years, something that changed his life, he says. 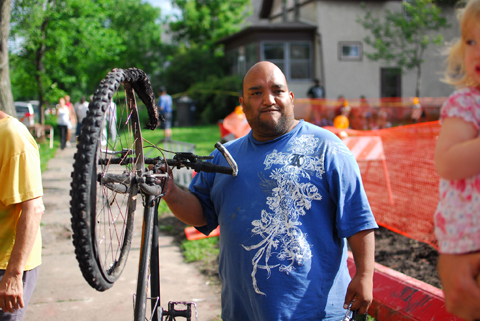 Two other church members, Liz and J.P. Mason, had been using the church’s space for a little over two years to hold meetings for the Anti-War Committee before joining the congregation themselves.

“We’d be going to meetings down there in the basement for maybe six months before we were like, ‘maybe we should see what’s upstairs on Sunday,'” said J.P. Mason.

The variety and tolerance practiced at Walker United attracted them to join, the two members said.

“We decided to try this place out and really liked that they read the Lao Tzu during service,” said Liz Mason, referring to the Chinese philosophy of Taoism. “It’s a really open community. A lot of faiths, traditions and practices here.”

Several groups and organizations, including Occupy Minneapolis, the Anti-War Committee, community gardeners and even a Muslim organization felt the loss as well.

Teresa Olson, who tended two of the 15 community garden plots at the church, was there only five minutes before the fire started, she remembers, along with another gardening group.

“It was stunning,” said Olson. “There was a group who came in the night before who were just walking, doing the little garden tours… [now] all that work is completely destroyed.”

The fire destroyed six years of gardening, said Olson, taking some irreplaceable items as well, such as heirloom seeds from her grandmother.

Even members of different churches were affected by the loss.

Barbara York of sister church Choice United Methodist felt astonished that not even 24 hours after the fire, the church was doing more community service, referring to the picnic. “This is where KFAI started,” reminisced York.

Former Pastor Larry Pray came to show his support, too.

“Oh man, it could be us,” said Pray, who currently attends Lyndale UPC. “When [a church] goes up in air, in smoke,” he said, “it is sad because something obviously more than just the building is lost.”

However, the event wasn’t just a mourning of what was lost, but a celebration of memories had, community built, and possibilities to come.

A band of church members played famous folk tunes such as “This Land is Your Land” to a singing and dancing crowd. 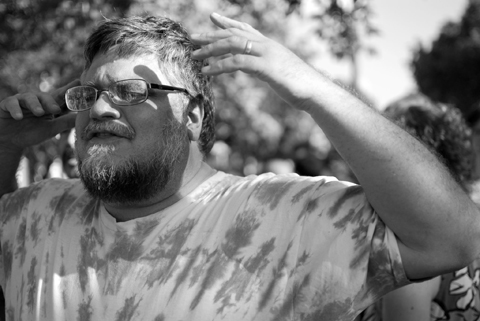 “We gather in the dust and the smell, and the visual reminder of what happened last night,” Walker’s Rev. Walter Lockhart told the crowd. “So, we gather with the sun shining and faces that we recognize and faces we don’t recognize, gathering together to be community. Out of the ashes we will find hope. Out of the end of this, we will find new beginnings.”

“I am so exhausted right now that I look at it and say, ‘There is an incredible amount of work to do, but I get to do it with incredible people.'”

The church has already received housing offers from 14 churches and one synagogue. For now, says Lockhart, they’re just looking for a place at which they can stay for a consistent six to eight weeks. 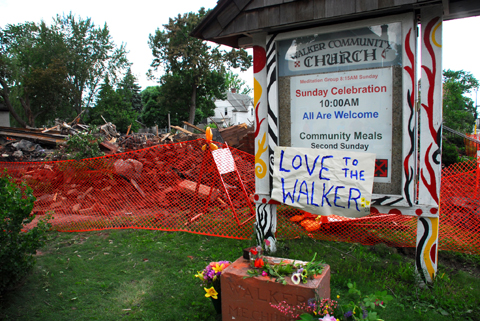 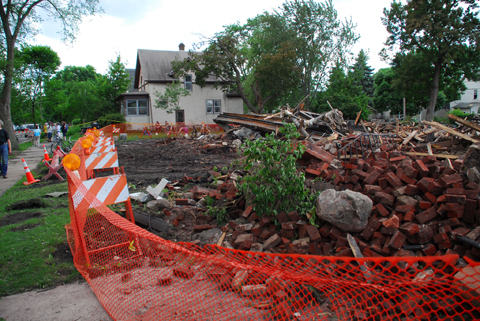 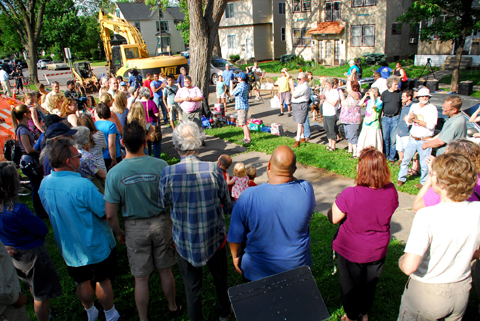 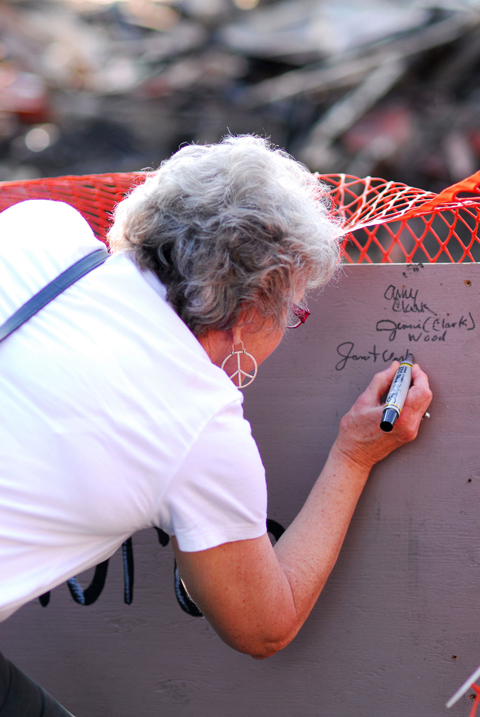 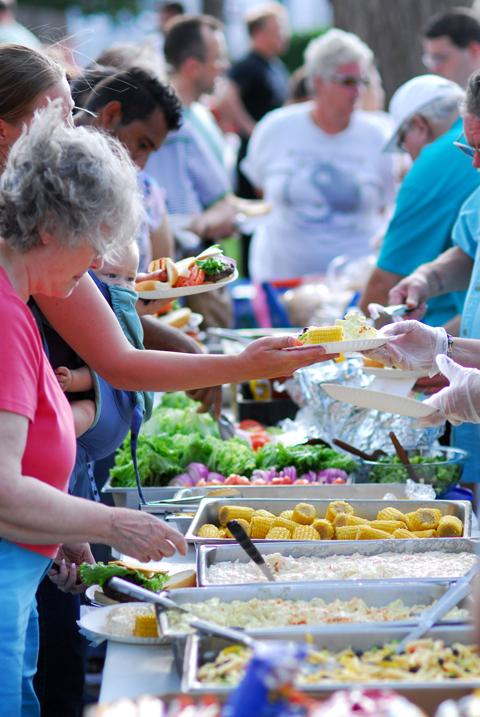 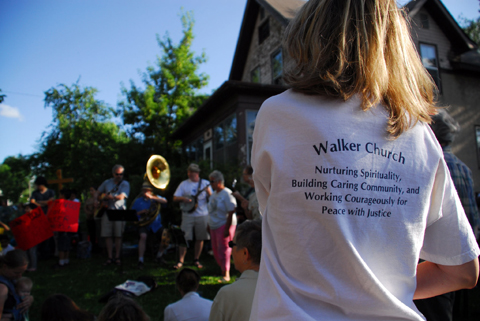