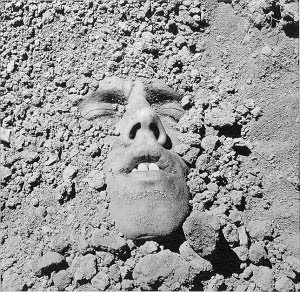 The Walker Art Center will screen Fire in my Belly, the late David Wojnarowicz’s video work that’s at the center of controversy after the Smithsonian’s National Portrait Gallery removed it from an exhibition at the urging of conservative Christian groups and legislators, according to a blog post by its director, Olga Viso. Pending the OK from the artist’s estate, the piece — which drew the ire of the Catholic League for an 11-second clip showing a crucifix with ants crawling on it — will screen daily later this week.

Viso, director of the Smithson’s Hirshhorn Museum and Sculpture Garden before coming to Minneapolis, also puts the Walker squarely in support of artistic freedom and in opposition to NPG’s actions in removing the work, which she writes “captures [Wojnarowicz’s] anger and struggle with the death of a lover and his own H.I.V. diagnosis.”

After traveling to Washington to see Hide/Seek : Difference and Desire in American Portraiture, the exhibition that included Fire in my Belly, she applauded the National Portrait Gallery for a “groundbreaking, scholarly exhibition and supporting the curators’ well argued thesis that a powerful artistic and cultural legacy has been ‘hidden in plain sight for more than a century'” — that is, work dealing with America’s changing attitudes toward sexuality.

But she goes on: “Yet the NPG’s and Smithsonian’s surprising decision to remove a key work from the exhibition a month after its opening undermines this thesis as well as the premise and curatorial integrity of the exhibition in alarming ways. Indeed this action serves to sublimate or ‘hide’ the very thing the exhibition attempts to make visible.”

Three years after my departure, I am saddened to find a very different Washington, one informed by fear, intolerance, and silence, and a different Smithsonian, one that has perhaps lost touch with some of the core principles and spirit of its establishment. Founded in 1846 to increase and diffuse knowledge, the Smithsonian was created by the U.S. Congress as a trust instrumentality of the nation to be administered by an independent governing body and leader. This structure was created in part to prevent an institution envisioned as a beacon for research, debate, and the advancement of knowledge from being subject to the winds of political change, partisanship, and special interest. So important was this value that the Congress debated for nearly a decade prior to the Smithsonian’s establishment how to best ensure scholarly objectivity.

I am, of course, deeply disheartened by the Smithsonian’s recent actions and join my colleagues at the Association of Art Museum Directors and the Warhol Foundation, on whose boards I also serve, in their statements of disapproval and condemnation. Since time immemorial, artists have questioned the predominant modes of thought in our society and pushed the bounds of conventional thinking to inspire reflection, debate, and ultimately advance culture. As stewards and supporters of our cultural legacy, it is essential for institutions like the Walker and, indeed all citizens, to support the independent voices of artists and the value of creative and artistic freedom. It has never been more important to speak out and openly for the freedom of expression.

The Walker joins a slew of other museums that are showing the banned work — SFMOMA, the New Museum, the Wexner Center for the Arts, the Hammer, the Wadsworth Atheneum, among many others — giving the piece far more exposure than had the Catholic League and legislators like John Boehner not called for censorship. While Modern Arts Notes states that’s it the smaller and the more progressive institutions that led the way on bringing this exposure (Transformer Gallery in Washington was the first to screen the piece, with bigger institutions following later), I’m proud that the Walker has taken a stand.

Details on this week’s Fire in the Belly screenings will appear on the museum’s website soon. Wojnarowicz’s 1990 lithograph Four Elements, from the Walker’s collection, will be on view in the exhibition 50/50: Audience and Experts Curate the Paper Collection, which opens Thursday.