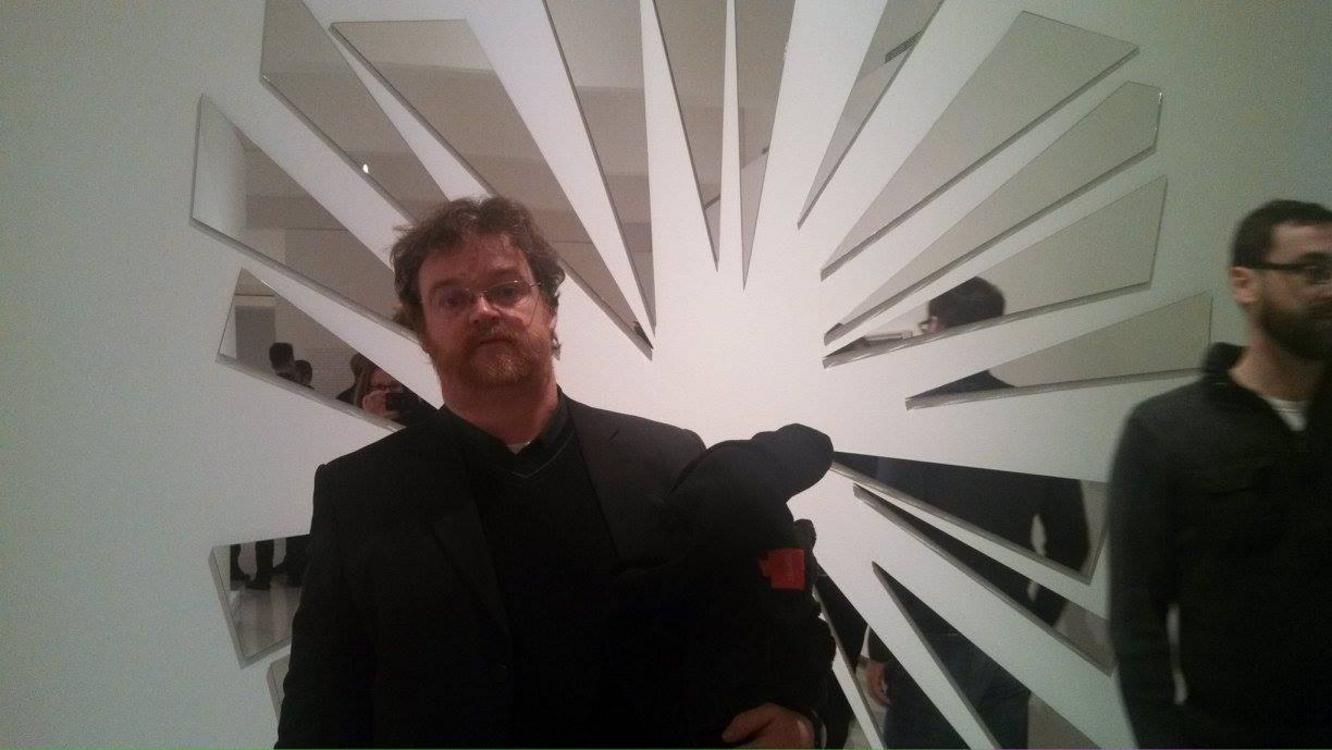 This event seemed almost too full. The queues were long and I think many people weren’t able to get into see Sisyphus, which I’m sure was a big draw for many guests. That being said, the people, police officers, volunteer guards, staff were all very friendly and nice. And I’m going to say that working the After Hours you find yourself saying “don’t touch the art” more often than even the kids’ days. People are drinking. The food is never as plentiful as one might want. And people get a little tipsy. But again the staff is great.

We did manage to see Sisyphus in the small Garden Terrace Room. It felt cool – no question. The music was fun. Sisyphus is a collaboration between Serengeti, Son Lux, and Sufjan Stevens (formally s/s/s). And it’s born of a collaboration between the musicians, The Walker and The Saint Paul Chamber Orchestra’s Liquid Music. Calm it Down was the big song of the night – a night with one set that lasted about 23 minutes. But a set that brought a lot of happy dancing people on stage and got everyone singing “Give More Than You Take.” Not such a bad message for a arty, high brow, kinda-disco, kinda-hip hop gig.

The art was fun too. Normally I go to The Walker with my favorite 9 year old. We both love modern art. We have our way of enjoying it and I can’t wait to go back with her. Grownups aren’t always as easy to sell on modern art – but I think the art of Jim Hodges is so appealing that he could win over even the toughest modem art critics. (The booze didn’t hurt!) Hodges takes everyday objects such as flowers and mirrors and arranges them to make them even more beautiful. The light coming off some of the cut mirrors was spectacular. On the opposite side of the spectrum some of the flower arrangements were delicate and exquisite. And saying flower arrangements is misleading – really he had individual flowers drawn on paper posted in patterns on the walls. They were both large and small. Large because the arrangements were large and striking form a distance and small because of the simple elegance of the individual flowers. I also loved some of the gold leaf work – again delicate up close, striking when you step back.

We finished our night with a visit to the Photo Booth; the perfect gallery addition when the crowd is as beautiful as the art.

Sisyphus at The Walker After Hours