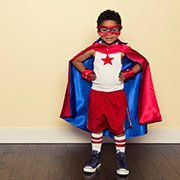 One of the themes running through 2010’s Waiting for “Superman” and many branches of education reform rhetoric is the notion of a “sense of urgency.” It’s the idea that the issues in our school system (whatever the speaker may have diagnosed them as being) are so pressing and so immediately hurting kids that we must change them dramatically and as quickly as possible. But can that be counterproductive? Is it true, as Matt DiCarlo of the Shanker Institute has written, that “kids can wait for good policy making”?

DiCarlo wrote that as part of a longer piece in mid-2013, arguing that good policy making often takes longer than the politics and rhetoric of school improvement can tolerate. It’s an idea he revisited recently when he diagnosed one of the major political problems of testing-and-markets oriented reformers. In his analysis, reformers often overpromise on both how significant the results of their proposals will be and how quickly those results can be achieved.

In some ways, it’s a variation on a theme discussed by longtime educator and reformer Larry Cuban, who devoted a blog post in late August to discussing the “School Reformers’ Pledge of Good Conduct” first described in Charles Payne’s book, So Much Reform, So Little Change. Some of the key parts of that pledge are, “I will not overpromise,” “I will not expect change overnight,” and “I will not try to scale up prematurely.”

How can we reconcile these arguments—informed as they are by a detailed understanding of the real history of various reform attempts in this country—with the sense of urgency that so many of us across the ideological spectrum feel? Not easily, that’s for sure. When we can see individual children struggling, it’s natural to ask, “How long will this take?”

Maybe the answer lies not in the particular policies we settle on, but how we get there and who is part of the process. A more inclusive decision-making process that welcomes teachers and families as valued voices in the long work of improving schools will be long and messy. It will also, however, put more hands on deck since more people will have been involved in considering options and selecting a direction in which to proceed. This also allows change to happen school by school and district by district, on the terms set by each community. It’s a form of empowerment we need more of in today’s attempts to address educational inequity.