By this time last year, we had piled up some impressive stats:

Last year’s Great Heap of Snow morphed into a Great Heap of Snowmelt and the Mississippi River thundered over St. Anthony Falls, cresting not once, but twice. At its peak on April 12, 2011, here’s how the river looked from the Stone Arch Bridge in Minneapolis: 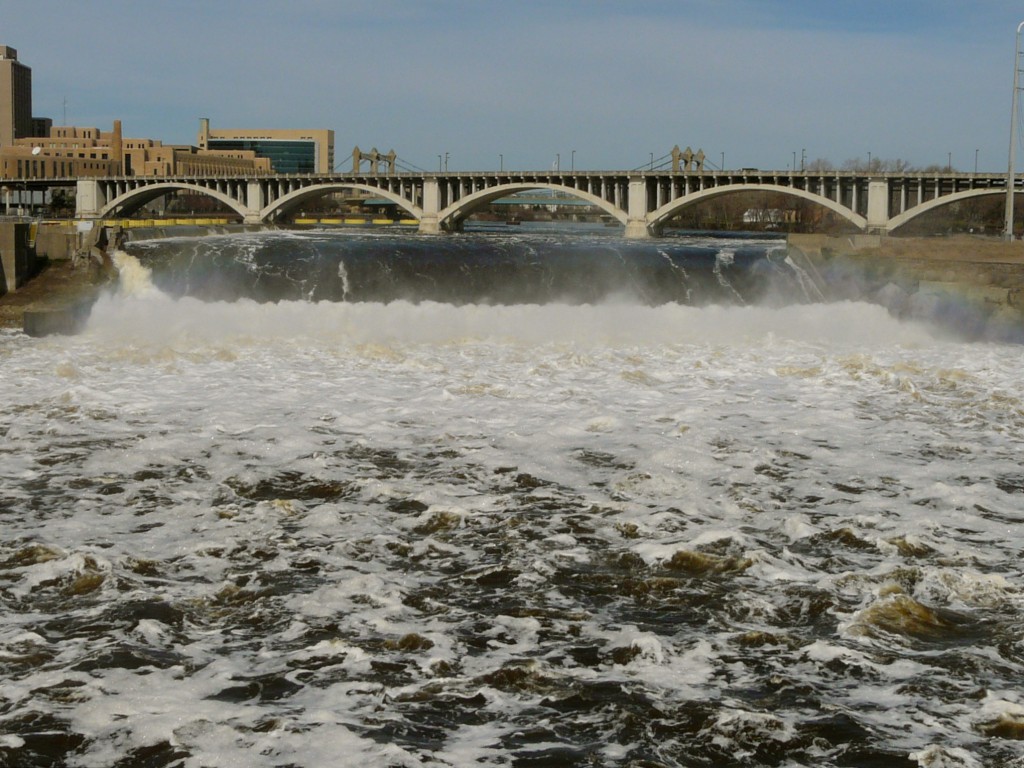 This year we’ve had:

To be sure, we’re piling up stats, but this time it’s for warm temps and drought. Here’s how the river looked yesterday in the late afternoon sun: 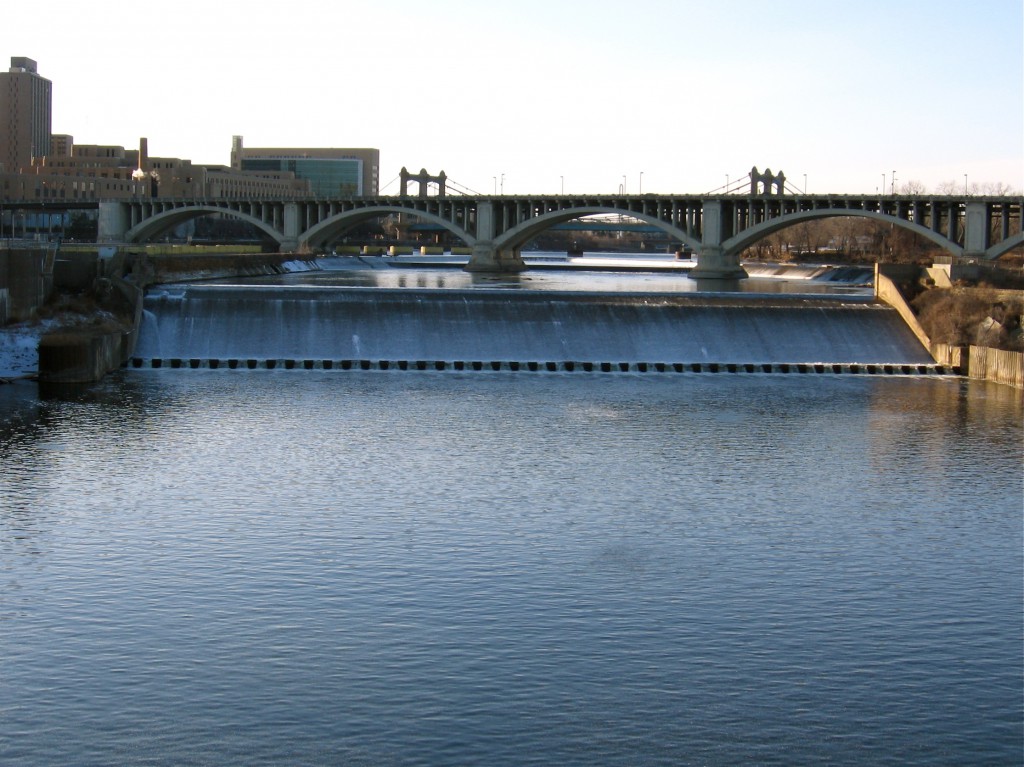 Not a lot of water for a river whose name appears on spelling tests around the country, if not the world. 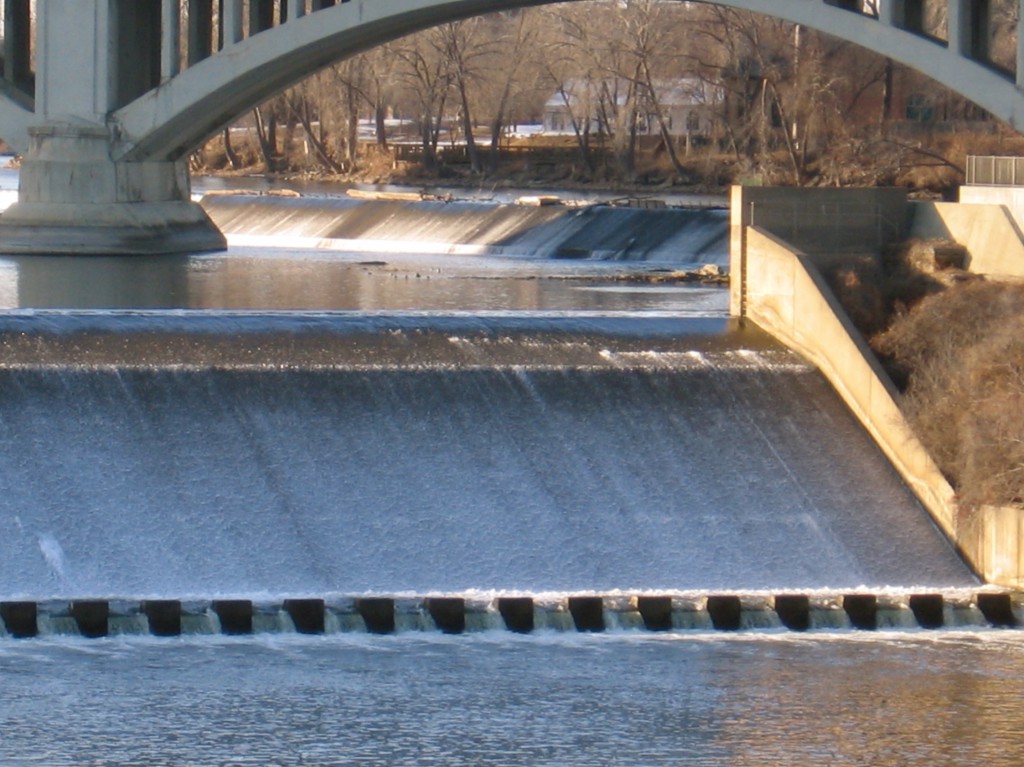 However, low water levels reveal things not usually seen, such as river bottom, 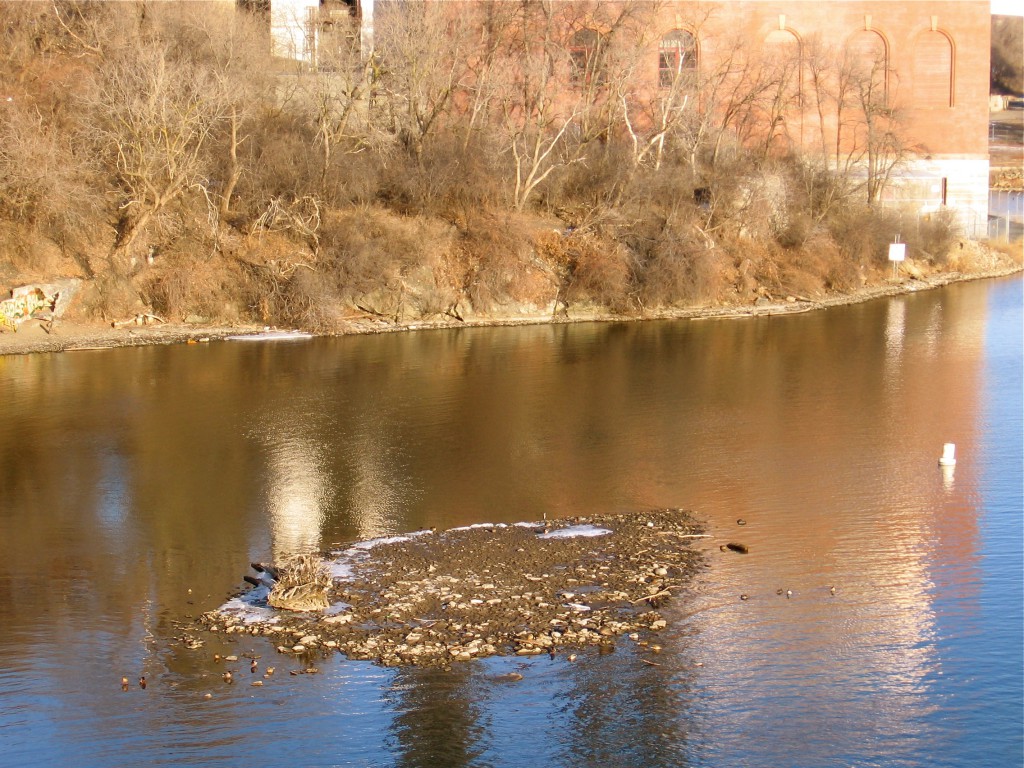 and slightly less natural things as well. This bit of river detritus, captured by an enterprising photographer, 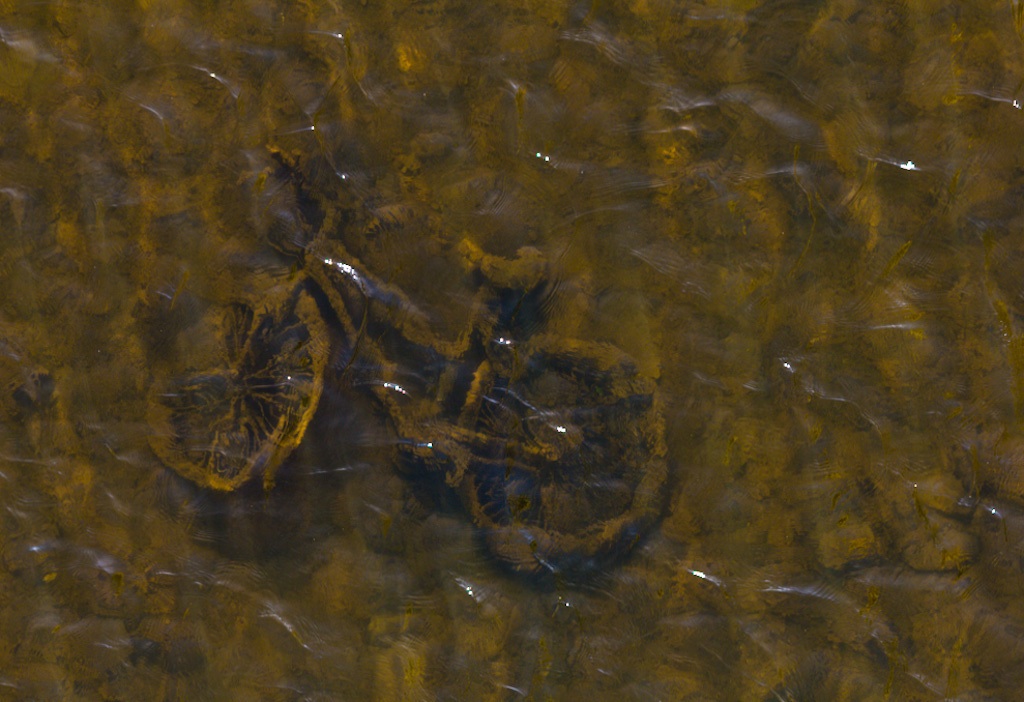 As I write these words, I’m listening to the blues on KFAI and waiting forlornly for the six or so inches of snow that was predicted for today. It’s sort of raining right now, but maybe we’ll wake up tomorrow to several inches of the real thing.