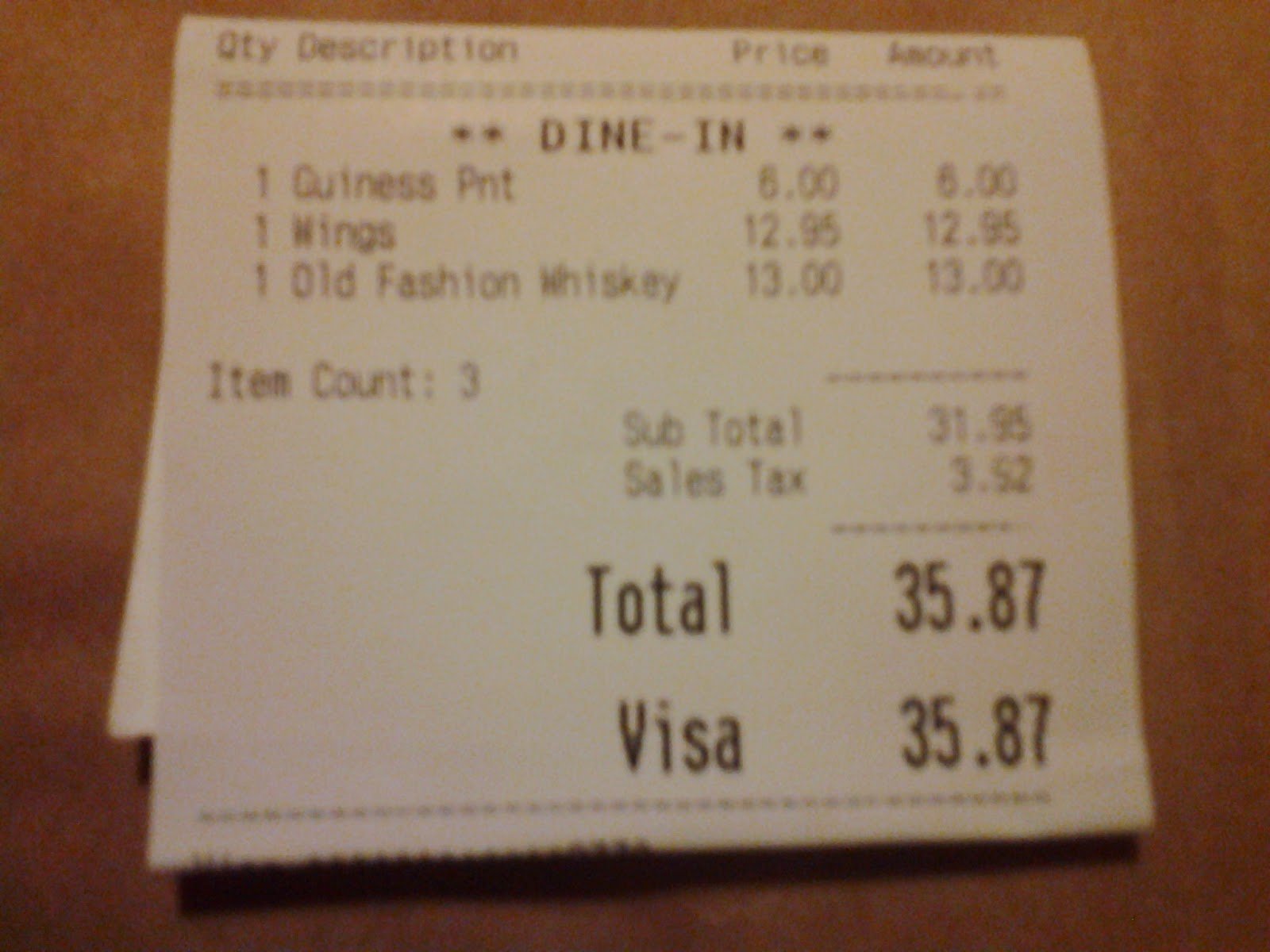 Most election years, I like to take a look at some of the more obscure votes at the bottom of the ballot. It seems like the farther down on the ballot we go, the more direct influence those votes have on our lives. And yet we tend to be the least informed on these issues, and we give them the least regard.

This year there are two questions at the bottom of the ballot, updating the Minneapolis City Charter. The second question relates to required ratios for food and liquor sales, and is largely uncontested. The first updates filing fees for those running for Minneapolis elected office. That one is more contentious, but I believe it to be among the most important items on the ballot. I strongly encourage people to vote yes on both.

First up, the food and drink ratios were enacted at a far different time in our city’s history. As written, many restaurants that serve both food and liquor are required to have at least 60% of their sales come from food and no more than 40% from alcohol. Anyone looking for a complete article on why this rule is antiquated should read Jon Tevlin’s piece in the Star Tribune. A quick summary:

The rule applies to restaurants outside of downtown Minneapolis, and was put into place to keep places that serve food and liquor from inviting drunken or otherwise problematic behavior into our neighborhoods. Well, the dynamics of what draws patrons to such establishments have changed.

Many diners, myself included, enjoy a small entree combined with a sometimes rather expensive craft beer, expensive cocktail, or a bottle of wine. People like you and me throw those ratios right out the window and make it difficult for the restaurants to follow the rules. Some get creative, doing things like offering a free beer with a hot dog. Others don’t even bother and just hope they won’t get caught.

There doesn’t seem to be much vocal, organized opposition to this change; about the only risk it faces is that people either won’t make it to the bottom of the ballot or that they will have a puritan, knee-jerk reaction to anything involving alcohol and vote it down. I’m asking readers to vote yes.

Updating filing fees is the more contentious of the two ballot questions. The current filing fee is a paltry $20 for each citywide office. The change would increase that to $500 to run for mayor, $250 to run for city council, and $100 to run for park board or the board of estimate and taxation. Some see the higher fees as a barrier to democratic participation. I see them as the best option available for modernizing our city elections.

I’m no fan of our ranked-choice voting system, with my main concern that there is currently nothing to separate the wheat from the chaff; nothing to determine realistic vs. frivolous candidates until election day. We had, of course, a better system that did accomplish that, called a primary. It could have used some tweaking, including ranked choice as part of that vote, but we went with instant runoff voting instead.

The last two Minneapolis elections have exposed the problem with combining lRV and a ridiculously low filing fee–at least for the mayoral races. In 2009 we had eleven candidates running, with arguably the most frivolous being Joey Lombard (Is Awesome), who listed experience playing Sim City as a qualification for being mayor. I use the phrase “aguably the most frivolous” because we also had perennial fringe candidate John Charles Wilson, who believes Laura Ingalls Wilder is God, that we should revert to a 1971 transit map, that a portion of the midwest should secede from the US, and that the choice to have poor hygiene should be a protected class. Wilson may have unorthodox views that resonate with almost no one, but at least he is sincere about them.

In 2013, the lack of an incumbent and the low filing fee contributed to a whopping 35 mayoral candidates. That high of a number, in my opinion, was detrimental to voter turnout. We had a historically low 20% turnout in 2009, primarily attributed to a lack of a competitive mayoral race. In 2013 turnout increased to a mildly better 33%–better than in 2005 but lower than other recent municpal tallies.

The two biggest reasons I support an increase in fees is because it makes our elections better by narrowing choice, and it creates a barrier against frivolous candidates. But how, one might ask, is narrowing choice better for democracy? If choosing from 3-5 candidates (or a few more) is better than only two, than shouldn’t choosing from eleven candidates be even better? Thirty-five candidates would be, as Joey Lombard would say, AWESOME.

Well, no, not really.

As this article from The Economist explains in detail, people tend to shut down when there are too many choices. One study referenced there discusses how a supermarket handed out free samples of a handful of jams and jellies. When they increased the variety to several dozen, an interesting change occurred. More people took free samples, but fewer people made purchases of the product being offered.

Similarly, dozens of mayoral candidates could increase the sum total of information voters seek while depressing the actual number of people who take action and vote. But let’s not stop there. Another study examined whether students were satisfied with their choices when selecting either simple items such as pens, and choosing things more desirable, such as MP3 players. There was a sweet spot of participants being most satisfied with their choices when they made a choice from a small sample size with clear differences. If we want repeat voters, people need to be satisfied that their choice had importance.

Or look at the world of online dating. As far as I can tell, there are at least several thousand women in my general area on OK Cupid, but who wants to peruse each and every profile? Nobody wants to read through hundreds of dating profiles before ultimately rejecting mine. Nope, what women really want, apparently, is an algorithm that will reject me without them ever having to view my profile.

Or as the French would say, “Trop de choix tue le choix.” Too much choice kills the choice.

Secondly, the current low filing fee leaves the system ripe for abuse. I’ll give an example of how I would abuse the system if I had no scruples–and how I believe at least a few of our thirty-five candidates took advantage of the low filing fee.

Most readers will know that stopping unwarranted home demolitions by the city has become my top issue, and the primary focus of this blog. Well for under half the price of two craft beers, an appetizer, and a tip (which I will soon buy without endangering a restaurant’s license if the other ballot quesiton is approved) I could toss my hat in the ring for the mayor of our fair city. I don’t really want to be mayor, nor do I think I’d make a particularly good one at this time, nor am I prepared to run a serious campaign.

But I do have a Jackson to spare, and it’s not that hard for me to weave my concerns about housing demolitions into the broader context of a variety of city issues. I could come up with some basic questionnaire answers to cut and paste for various media entities, and set aside just enough time to create the semblance of a campaign that should be taken seriously. I’d even show up for whatever passed for debates if they’d hear my voice among the dozens of other also-rans.

I wouldn’t run a serious campaign, but what I would accomplish is that every time the mayoral race was brought up, there would be a shot that my issue would get at least a passing mention. If I were willing to abuse our system, I’d do that for twenty bucks. I wouldn’t spend five hundred for the privilege though, that’s for sure.

There can be a value to single-issue candidates running for office to raise a singular issue, but eventually that candidate has to evolve to something greater or s/he will likely lose.

Finally, it’s worth noting that one can fundraise for the filing fee or meet the state requirements for signatures to get one’s name on the ballot. So there will still be four ways to put your name on a municipal ballot: pony up the cash, pass the hat and raise the money through contributions, go out and get a few hundred signatures, or convince volunteer supporters to get those signatures on your behalf.

Frankly, if someone can’t pay or raise the money, or if they can’t gather the signatures or minimal support, I question whether they have the capability to be a serious candidate. Either their ideas don’t resonante with enough people or their life isn’t together to the point where they can demonstrate the ability to preside over a large metropolitan city.

Vote yes on both ballot questions. Make our electoral process better, and celebrate with a good craft beer.

Pictured above: A recent tab that would really throw a restaurant’s food/drink ratios off.