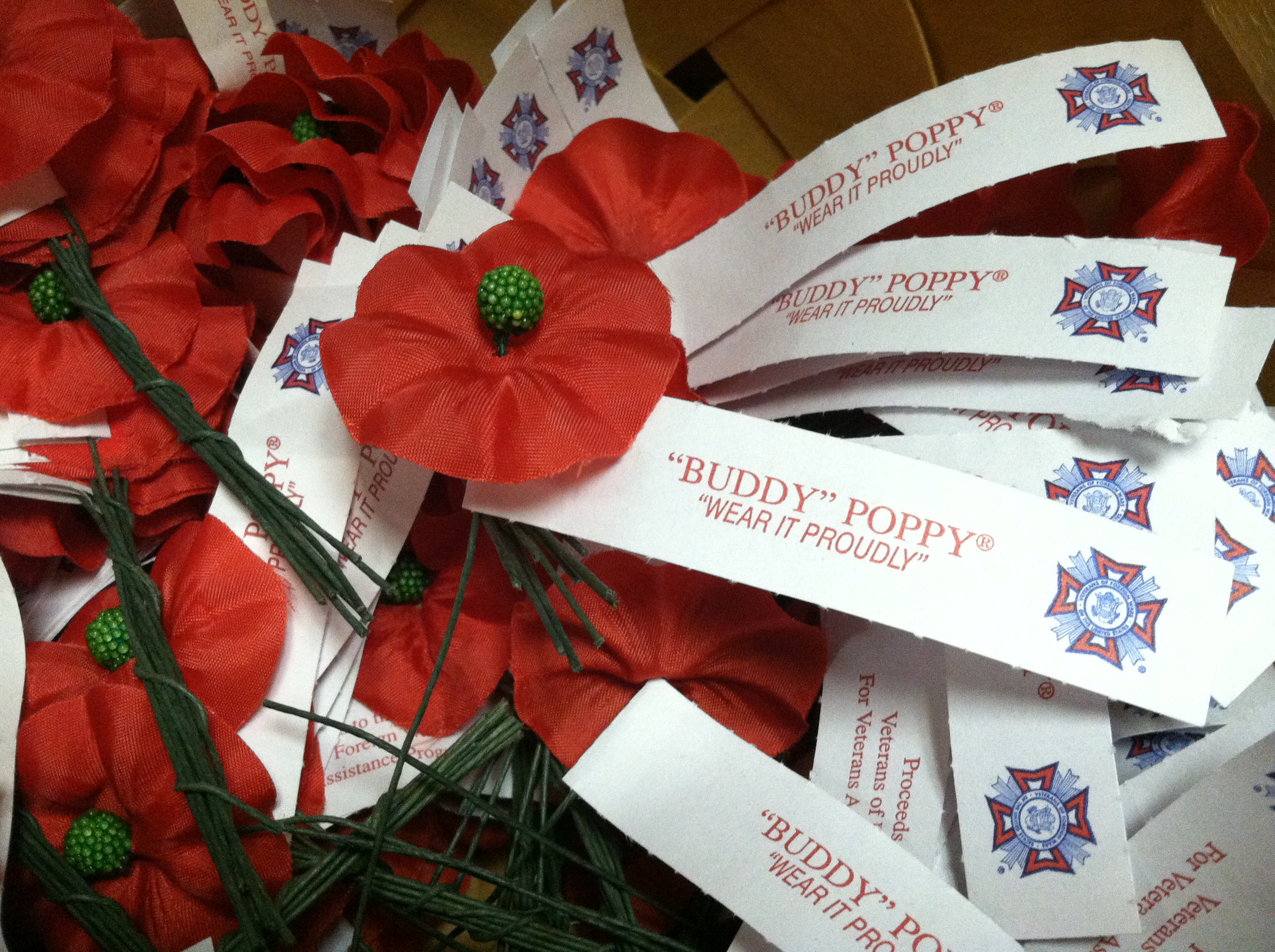 Early Friday morning, you may see Jane Perry hanging out on a street corner. She has been distributing VFW “Buddy” Poppies as a Member of the VFW Ladies Auxiliary for over 40 years. “It means a lot to me,” she said. “Buddy Poppies raise money to help veterans, their families, and our community. The VFW has been a rewarding place to volunteer.” On Friday, May 17, she’ll be out at 8 a.m., poppies in hand.

With six brothers having served in the U.S. military, Jane joined the Ladies Auxiliary under her twin brother’s wartime service. It’s been a membership that’s taken Jane across the state as a VFW Department Distinguished Guest Chair and to National Conventions across the country, starting in 1976. “I’ve missed a few, but not many,” Jane said with a smile. Favorite host city? “it’s a toss up between New Orleans and San Francisco.”

The poppies are assembled by disabled veterans in Veterans Administration hospitals across the country. The poppies Jane is distributing this year were assembled at the VA Hospital in St. Cloud, MN. The veterans that put them together are the only people paid. It gives them a few dollars to buy a few luxuries that many simply take for granted. Everyone else involved in the distribution, like Jane, is a volunteer. 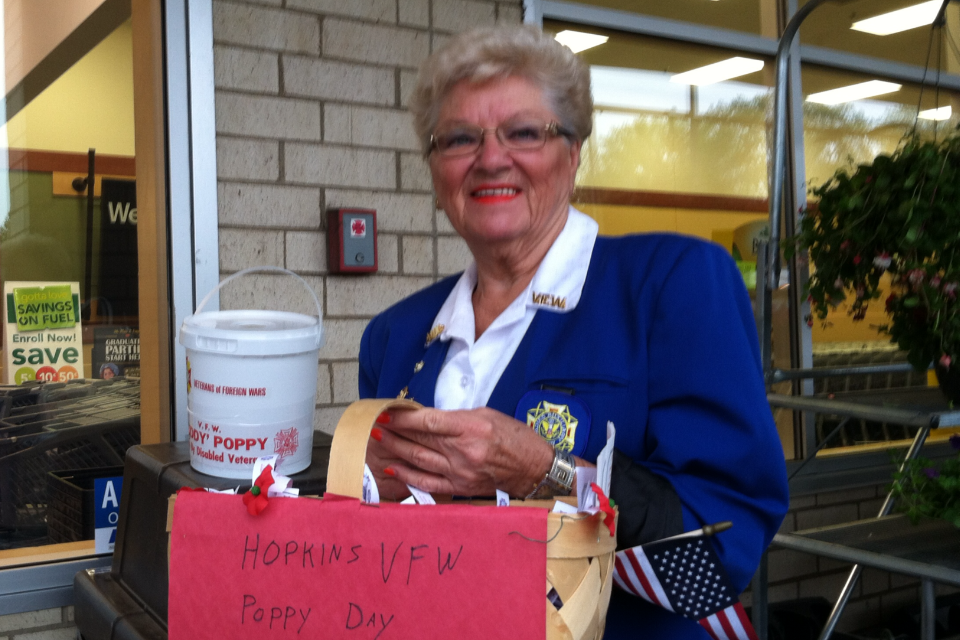 Here is Jane outside of a grocery store in St. Louis Park with a basket full of poppies.

A flier in the basket tells the Buddy Poppy story and has the words to Col. John McCrae’s timeless poem “In Flanders Field.”

Distributing poppies began in 1922 as a way to create awareness and raise funds for charitable programs, primarily focusing on disabled veterans and widows and orphans of those who fought and died. One of the places the money Jane’s Post (the Hopkins VFW) supports is the VFW National Home For Children in Eaton Rapids, Michigan. With a smile, Jane hands out poppies to all who pass and want one. The poppies are not for sale, they’re distributed as a way to keep the awareness of veterans in the public’s eye. Donations are accepted, and most people do donate. Many talk about their family members who have served and in some cases, still are serving.

When Jane’s shift is over, she’ll pass the basket and head back to the Post and swap stories with other volunteers. Everyone has a story to tell, like Dick Dvorak, a South Pacific WWII Vet and his wife Pat, or Dave Klocek who served in Viet Nam and his wife Mary Ann. The story they all want everyone to know is when people see the volunteers out today and tomorrow with baskets of poppies, remember the veteran who has returned and especially remember the veterans that didn’t.

In Flanders fields the poppies grow
Between the crosses, row on row
That mark our place; and in the sky
The larks, still bravely singing, fly
Scarce heard amid the guns below.
We are the Dead. Short days ago
We lived, felt dawn, saw sunset glow,
Loved, and were loved, and now we lie
In Flanders fields.
Take up our quarrel with the foe:
To you from failing hands we throw
The torch; be yours to hold it high.
If ye break faith with us who die
We shall not sleep, though the poppies grow
In Flanders fields.
— Col John McCrae, Ypres, Belgium – 1915