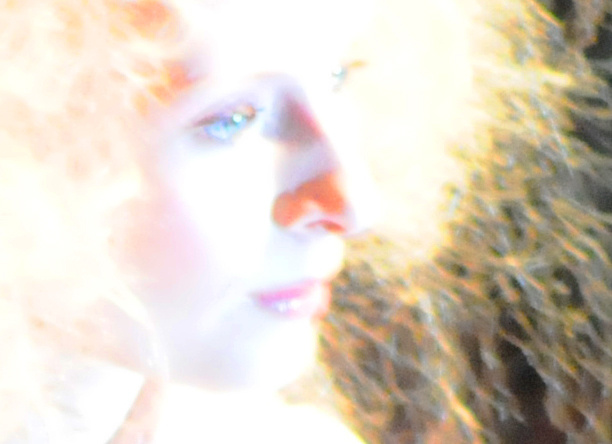 You only had to step one foot inside of First Avenue last Friday night to realize just how seriously the organizers of Voltage: Fashion Amplified took the event. As someone coming from outside of the fashion community I was skeptical about how successful a Minnesotan approximation of the Fashion Week model might be. It was immediately clear that MNfashion meant business, as the entire thing from entry to finish was like a well-oiled machine.

Also putting in tremendous effort were the designers and stylists behind the ten featured lines shown. No Holly Hobby, rural-fakes-urban work here—everything that came down the runway was at the very least attention-capturing, imaginative, and unique.

And appropriately so, as I think “viewpoint” is the right word when talking about fashion. One of the highlights of the show was brother design team Tim+Thom’s line, which showcased menswear and womenswear looks that were intricate and progressive while still seeming totally wearable (unlike some more fashion-forward outfits that appear as though you’d have to be funneled into them and the only way to walk in them would involve some sort of complex pulley system). Another intriguing show came from opener Kathryn V, who managed to tap into the current popular appeal of the flirtatious but sweet pinup look in a way that managed to push the envelope a bit with bare midriffs and mismatched fabrics. But again, this is all in my view. 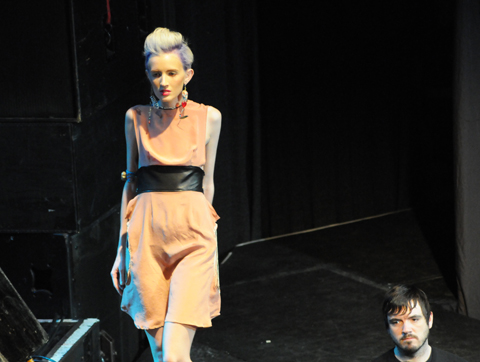 I haven’t been at this very long, but it seems that the point of a review, whether of music, art, movies, or fashion, is not simply to describe what occurred, but to add some sort of value-based assessment of what was observed, using objective or at least objective-within-a-context terminology to describe the relative quality of whatever it was you experienced. With most types of reviews, it’s possible to say things like “this fits a certain genre” and “the quality of the mix was such and such” or “the crowd was X populated and their behavior led me to infer Y.”

But with fashion I find it difficult to say anything at all with any element of objectivity besides simply “that was a dress” or “that model was Caucasian.” Though I will disclaim that I am not a member of the fashion community nor do I have much, if any, experience with it, I’m casually interested in it (as in, I had a subscription to Vogue in college, and no, it wasn’t just to make me feel better about my too-old-to-still-be-wearing-Hollister self) and this should not imply that I have some sort of grudge against models or fashion designers or that I think the fashion industry is silly or given too much attention or anything like that. That said—and hear me out before you throw your Louboutin at your computer screen—I’m not sure whether a member of the “non-fashionable” class like myself can actually say anything at all about fashion with objectivity. 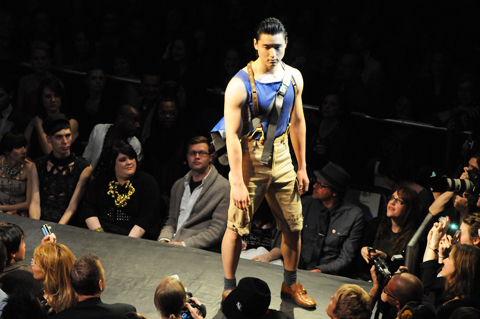 From my vantage point (I mean the physical one this time) on the mezzanine I felt sort of like a judge on America’s Next Top Model as the first few models charged down the runway. I thought to myself, “That model is chubby” or “I love that one’s hair style.” It only took me a few minutes to realize that every thought that crossed my mind wasn’t so much a review comment as it was an expression of one underlying sentiment: envy. You’re right, thinking “That dress is total crap” is not an expression of envy, but still, it’s an expression of the opposite and still betrays the nature of comparative judgment in my feelings (translation: “I don’t wish I looked like her”).

Again, I am fully aware of the fact that I lack the education and/or experience to say anything about current trends, fabric choices, and things like that. But at the end of the day, isn’t saying “oversized chiffon bows are trendy” as arbitrary as saying “I like oversized chiffon bows” or “most of us like oversized chiffon bows”? Besides value judgments based on expressions of personal preference, what else can be said of our experience watching models on a runway other than “That model is beautiful” or “That outfit is amazing” (or “fabulous” or “timeless” or whatever the en vogue way to talk about things is these days). But likewise, can’t those statements simply be reduced to expressions of either personal preference or, fundamentally, of envy? 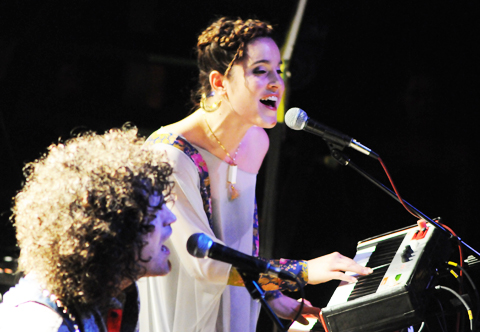 At one point during the show I turned to Jay Gabler and commented that Fort Wilson Riot member Amy Hager (above) was the best-looking woman I’d seen so far. Though she, like the rest of the bands, was dressed by a designer that night (Carly Schoen, in this case), her outfit and styling had more of a casual, accidentally stylish vibe than everything else I’d seen. This made me wonder why a non-model hadn’t filled that spot, and made me worry that perhaps I was being slightly prejudicial. But then I realized it: no, I had nothing against the models, I was just more envious of Hager than I was of the models, and I simply liked her outfit more. And while we’re being completely honest, I’ll also add that the envy I’m describing in this case specifically but also in general is the kind that sort of confuses I want to be you with I want to be with you, but I’ll spare you my reflections on homoeroticism for today.

In just about every sense of the phrase, Voltage: Fashion Amplified was a sight to be seen (and heard, too). The bands sounded and looked great (especially Fort Wilson Riot, who made a new fan of me, and not just because I have a fashion crush on the singer), and every single behind-the-scenes person I encountered including publicists, security, stylists, etc. somehow managed to make converting a barebones venue into a vibrant fashion arena complete with angled runway, multiple areas of restricted and unrestricted seating, and bands seamlessly coming on and off stage (and the runway, as Hastings 3000 theatrically descended upon it in a blingy mosaic jacket and his signature gas mask) seem totally effortless. The whole event was a spectacle in the best sense of the word; next time I’m just taking someone fashion-y with me as a tour guide. No offense, Jay. 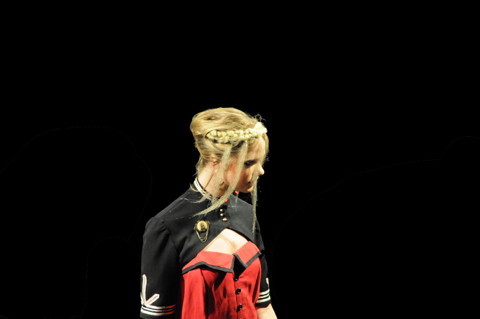