In the beginning … I introduced myself. My name is Lindsay LaBarre and if you don’t know who I am, I run a concert review blog entitled My Mom Is My Concert Buddy, so entitled because I end up going to a lot of concerts with my mom. This has to do with 18+ rules and all that jazz. So anyways, here I am to entertain you on the lovely whereabouts of Friday, March 2 at First Avenue.

Arriving a bit after seven, I settled myself on the edge of the empty main floor and did some hardcore Tumblr-ing before the show started. When Fort Wilson Riot took the stage, the crowd closed the awkward pit arch by inches and pushed a bit closer to the stage, but I was still only one of three people on the barrier. Fort Wilson Riot are a two-piece of Amy Hager on vocals and synths, and Jacob Mullis on guitar, vocals, and additional synths. Most of their set was kind of hit-and-miss for me. They seemed to perform better and in a more cohesive way during their higher-energy songs. There were some really solid guitar riffs that stood out more during these songs and the sounds all seemed to blend effectively. Sometimes it seemed like they were leaning too heavily on the guitar, but that impression might have been made only because the guitar amp was pointed right at my face. It’s not like they fell apart during the slow songs, but there seemed to be a higher disconnect of emotion and sincerity during those. The vocals weren’t particularly striking but it can be really hard to tell with the sound set-up. The way they had the male-female vocal blend reminded me of Band of Skulls’ vocal style. They played a pretty good set overall; I’m excited to hear future releases from this band and to watch them develop as a band.

Next to take the stage were Pink Mink. In the millisecond that the first guitar strain hit, you knew they were ready to rock. They started out their set with an instrumental that was laden with big rock-guitar sounds. The whole styling of their show in general had me thinking of classic and 70s rock and punk. Christy Hunt (lead guitarist and vocals) had a kind of Courtney Love-kind of style going on (but not quite as disheveled) with a spaghetti strapped light blue dress and velvet leggings, whilst Arzu Gokcen (guitar and vocals) sported a satiny blue dress and played a guitar with a helluvah-lot of sparkles on it. They had good energy to their performance, but the whole time I felt there was something missing. Perhaps it was the lack of subtlety. Most of the lyric content centered around guys and gals and bikes and whatnot. There was one song that particularly intrigued me called “Ghost Bike.” To be honest, it had me thinking of Scooby-Doo, but in a good way. I don’t know, man. Their set wasn’t terrible, but not fulfilling in my mind. One problem that I foresee is a possible disconnect at SXSW. I feel like the majority of new bands are focusing on synth or a newer punk sound, and there’s a possibility that the crowd won’t connect with Pink Mink’s sound. Then again, I’m not really attuned to the throw-back facet of new music, and could be terribly wrong. I guess we’ll just wait and see!

The Bind Shake were the next to play, starting right off with some high-speed punk. All three members of the band sported shaved heads and all-black zip up jackets. Mike and Jim Blaha (guitars, vocals) decorated their zip-ups with duct-taped pound symbols (Jim) and what seemed like a freemason symbol (Mike (OMG ILLUMINATI SECRET CULT BLAH BLAH)). But anyways, the music. It basically was a perfect sound track for a wind tunnel. I mean, imagine being in a fully lighted white wind tunnel with a white bodysuit and goggles on. If there were to be music playing in that tunnel, it would probably be The Blind Shake. They whole band was teeming with energy and you could really feel it come through in their music. It was a great set from them and I’d be glad to see them again. They came, they rocked, they sweat, and they left. And that, my friends, was The Blind Shake.

Oh the suspense, the drumroll… Throughout the night both twitter and crowd reactions gave me the feeling that The Japhies would be the winner of the Battle of the Bands. So because of that, I was rather surprised when it was announced that Prissy Clerks were the winners. I hate to give bad reviews to bands that have really nice-seeming people, but I was actually pretty disappointed with Prissy Clerks. I just didn’t get anything new from their show. I thought the incorporation of the accordion was a good idea, but I couldn’t even hear it during the set. They had cool instruments, it’s just … their music. It was what I would’ve expected from any other indie rock band. There weren’t any innovative elements to it. Listening to The Japhies’ music now, I kind of wish they would have won instead.

On to the next. This band is (and I keep getting the urge to say “local band”), Peter Wolf Crier. I had seen them once before at their Cedar Cultural Center album release show (review here) so this will provide a nice comparison. In contrast to the CCC show, I thought this one was a bit less energetic. All three members still proved to be highly talented (especially Brian Moen), but the energy level in the music was down. I still really enjoyed seeing them live again, and appreciate the inventiveness in their music. Peter Pisano’s voice was unique and fresh and the performance proved to be a satisfying one. I’ll be keeping an eye on this band as time goes on.

The last and seemingly most-anticipated act of the night was the Florida-born rapper, Astronautalis. Again I must say that I’m not usually too fond of rapping, but I will look at his performance from a strictly musical point-of-view. First off, the show was a bit devoid of the live show aspect, considering that Andy Bothwell and a DJ were the only two on stage (until later in the show when a lady from Gayngs joined him on stage. I’m sorry guys, there are way too many people in Gayngs and I can’t figure out which one she is). At this point of the show I had stepped off of the barrier and was drooping from being used to 9:30 bed-times (due to school). I wasn’t terribly impressed by his rapping skills overall but his sound was definitely more inventive than most of the rappers I’ve seen. My favorite song of the night was “The Wondersmith and His Sons.” Unfortunately I had to leave just before he began his freestyle (which promised to include themes of short girls, Step by Step, and Peter Wolf Crier). I feel like I can’t properly evaluate this set because of the lack of musicians, but it wasn’t bad.

So, six bands and five-or-so hours later, I headed back to my quiet suburban home and slept for a solid eight hours. 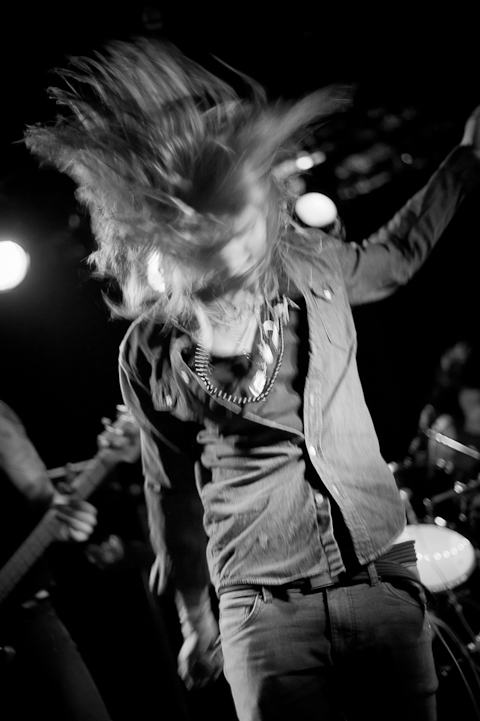 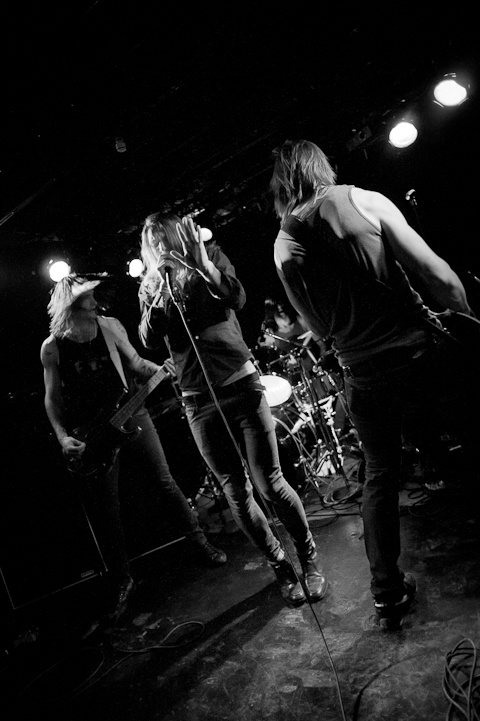 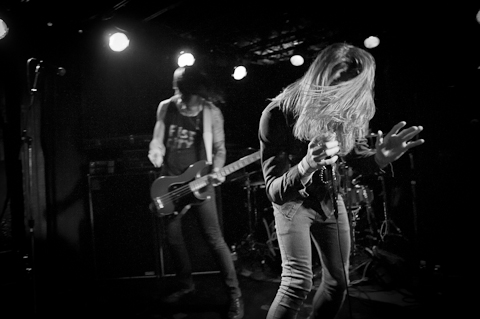 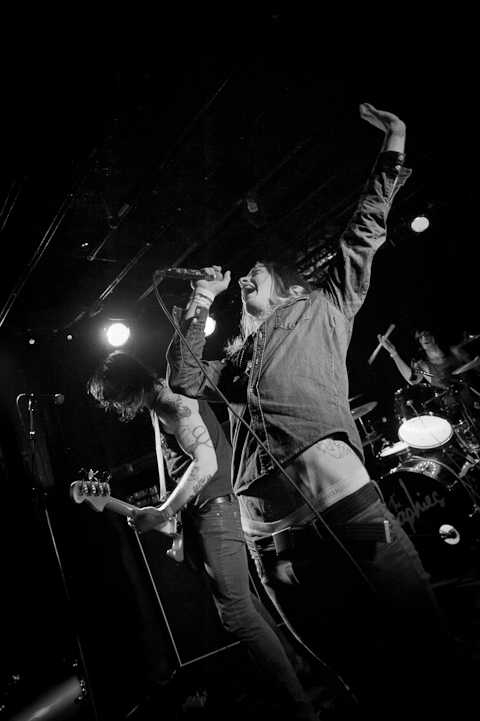 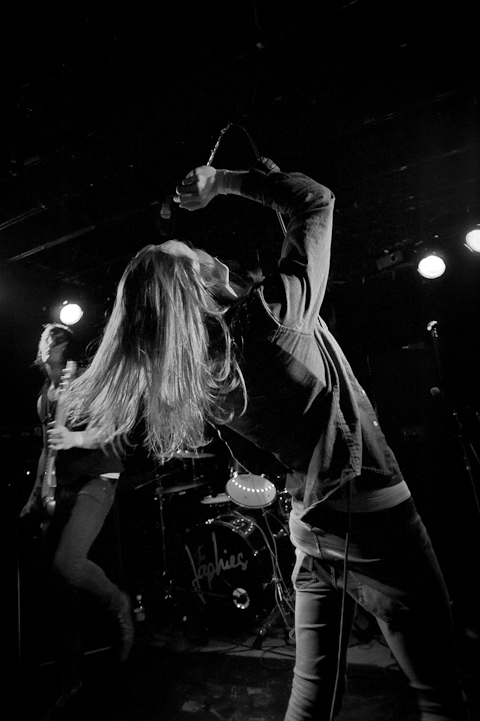 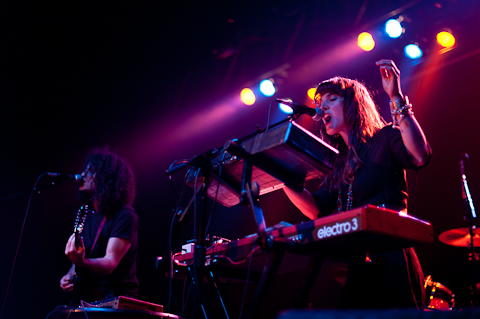 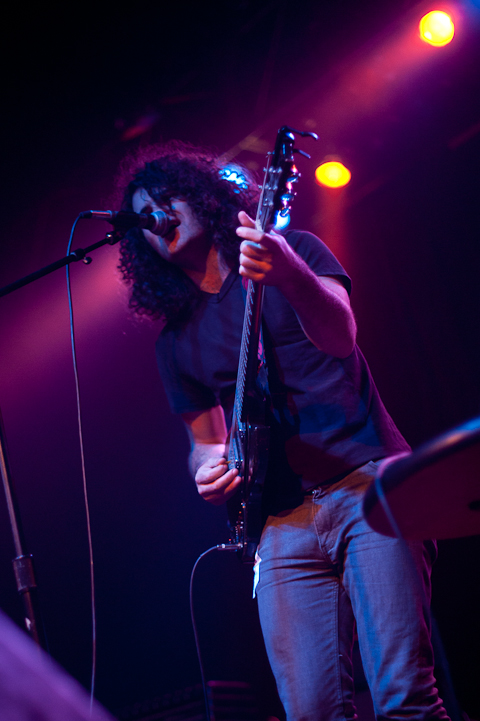 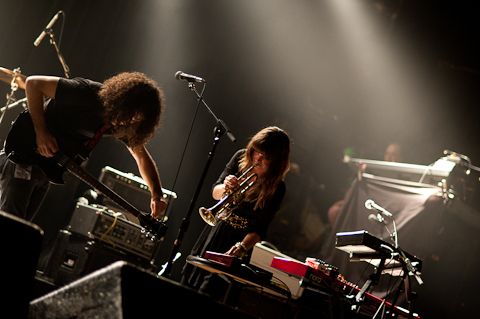 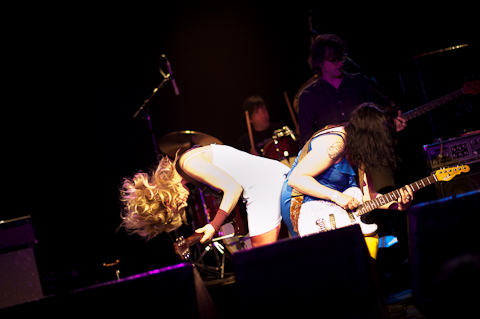 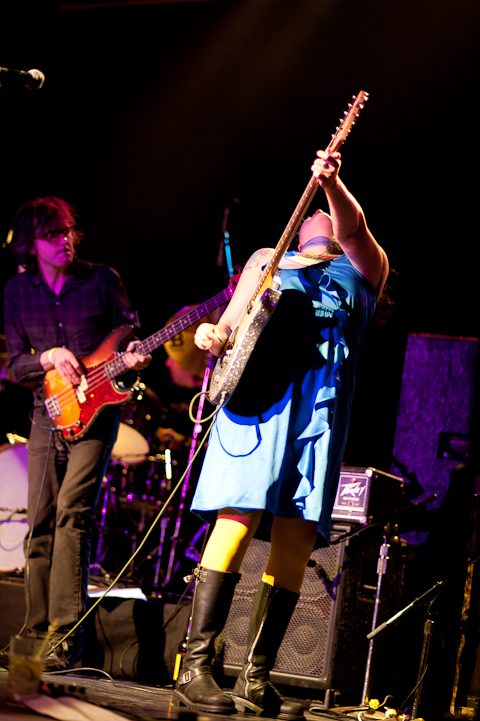 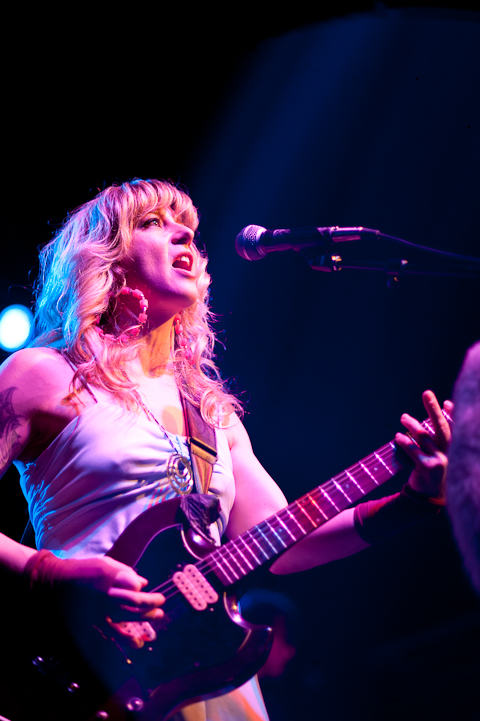 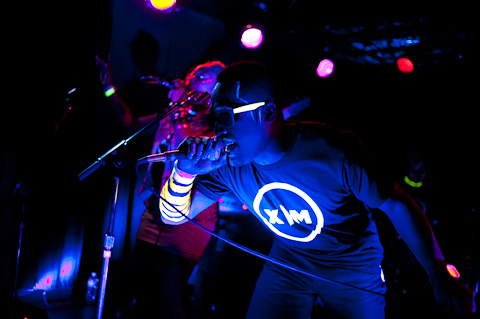 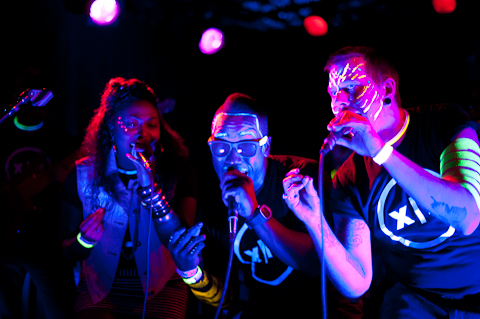 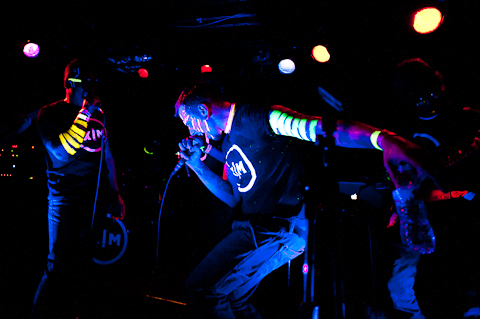 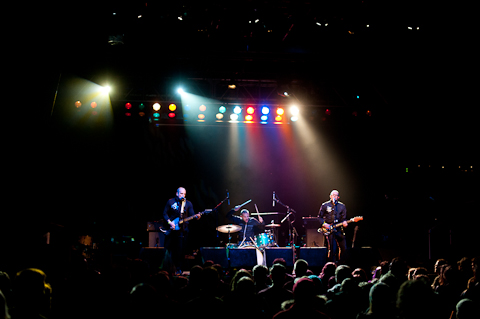 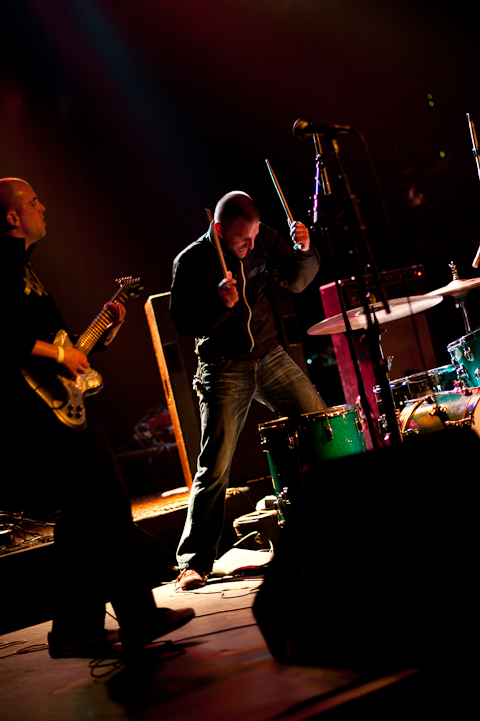 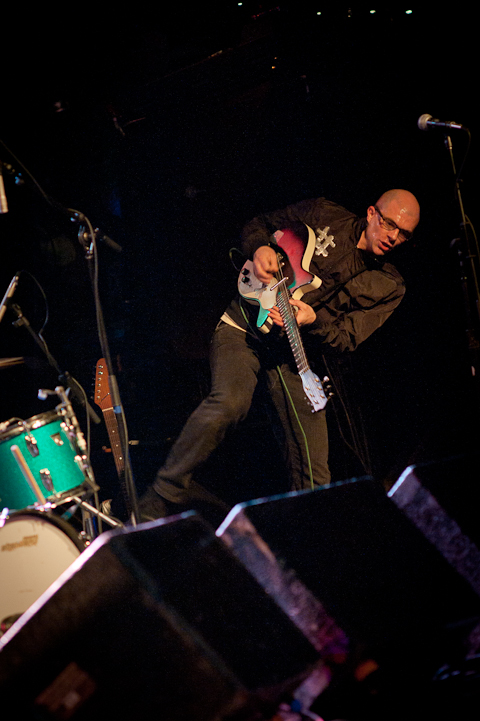 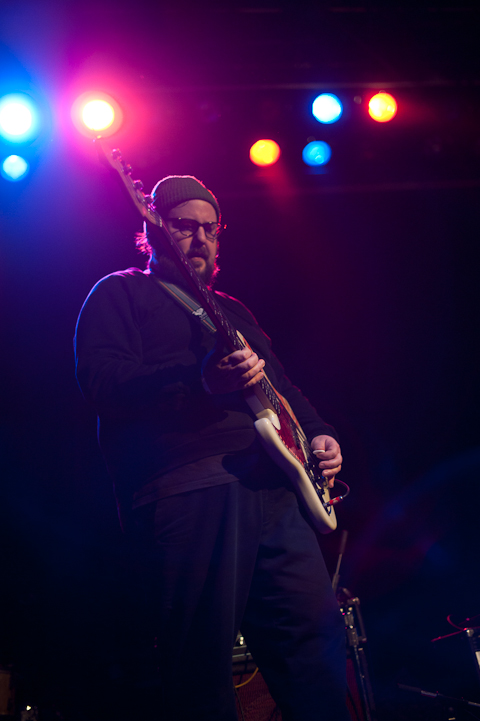 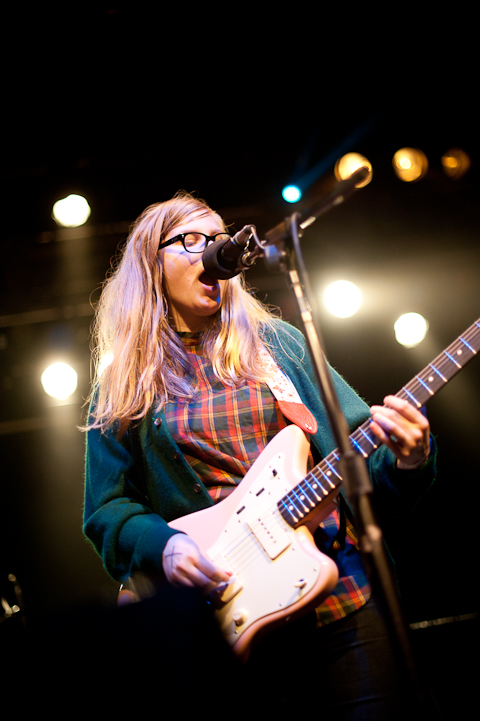 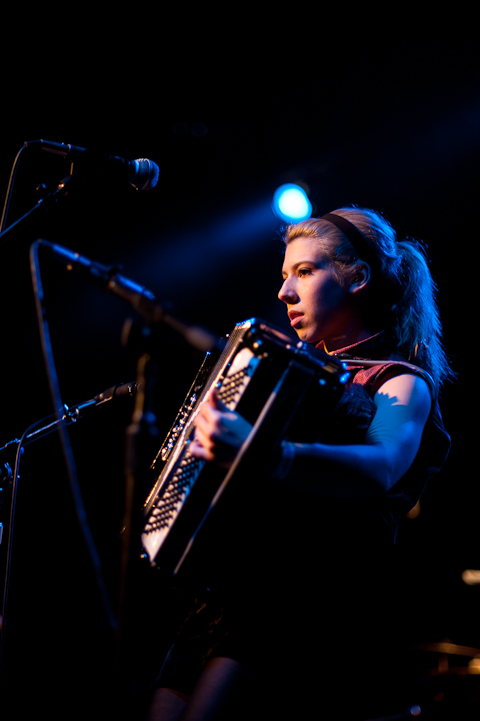 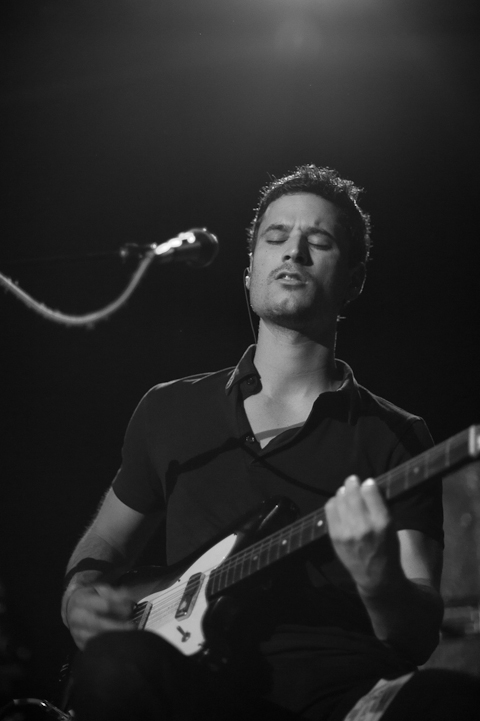 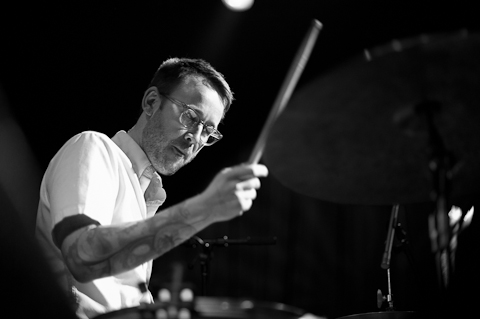 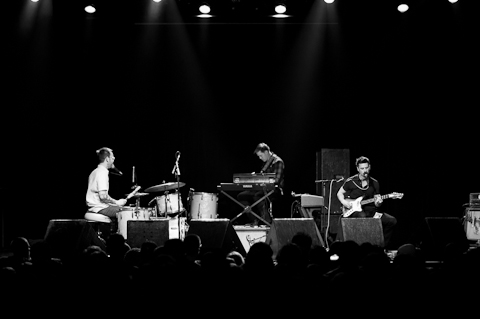 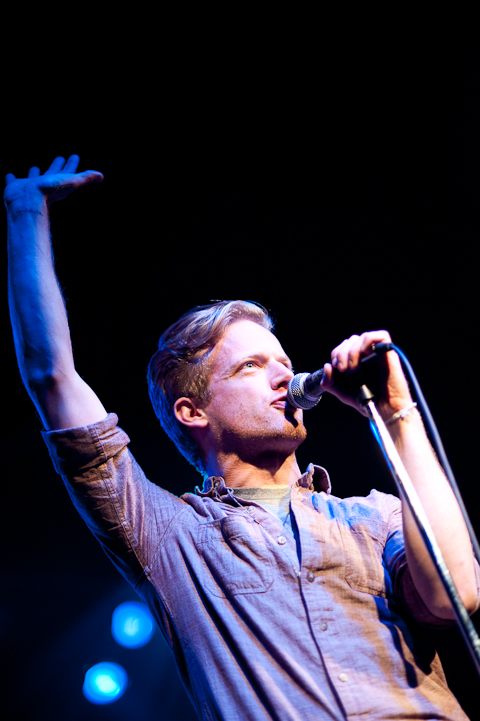 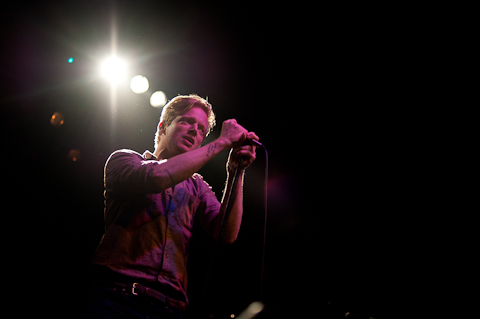 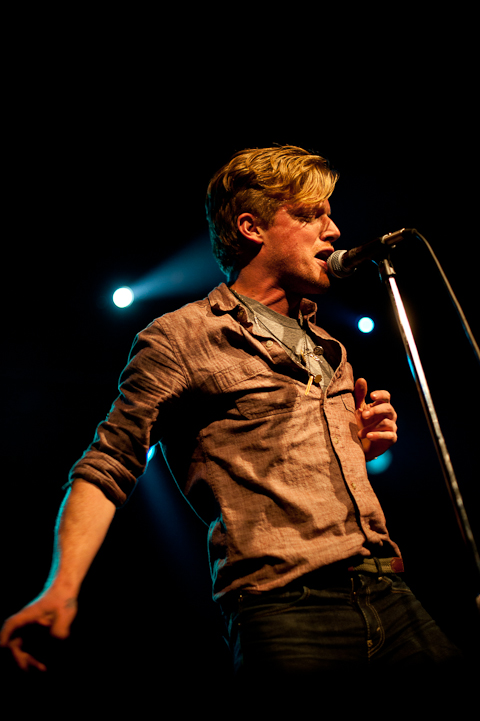 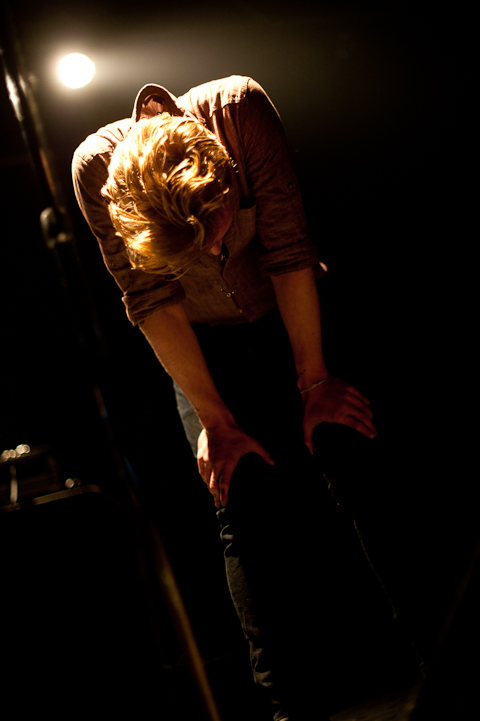 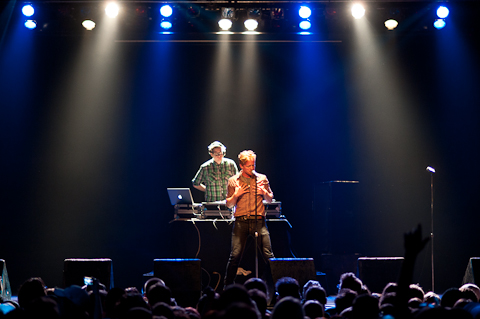 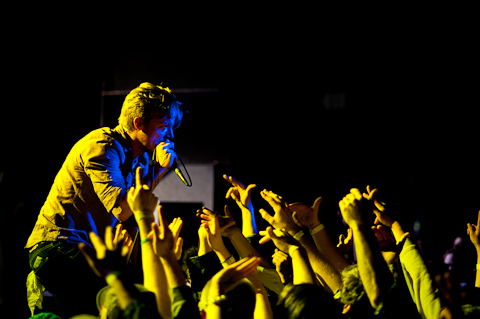 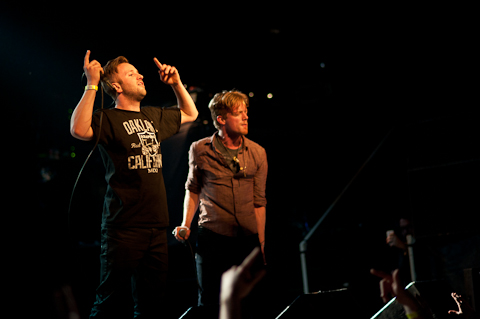