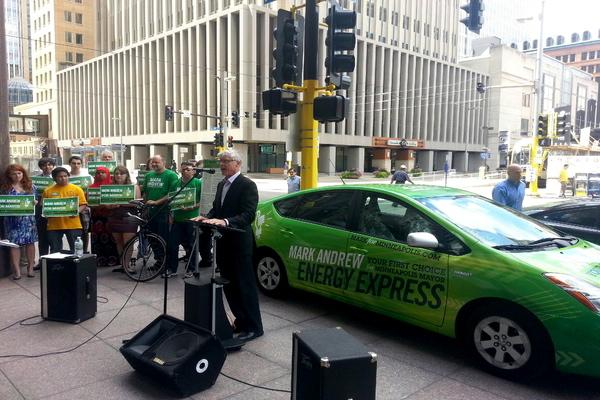 The podcast this week is a conversation with Mark Andrew, one of the leading candidates to replace R. T. Rybak as mayor of Minneapolis. Mark Andrew is a lifelong Minneapolis resident, former Hennepin county commissioner, owner of a S’Mores stand at the State Fair, and environmental entrepreneur for Greenmark, a consulting company. He also co-founded MPIRG and served as chair of the DFL party of Minnesota back in the 90s, and today he’s running a very competitive campaign in the wide open Minneapolis Mayor’s race. His platform emphasizes sustainability, equity, and economic development.

We sat down a few weeks ago in Mark’s office in South Minneapolis to talk about his campaign, the difference between county and city government, the latest on the Southwest light rail train, the city’s streetcar proposal, and what makes a good mayor. [Audio below]

The link to the audio is here, subscribe to all the candidacy on the podcast feed.