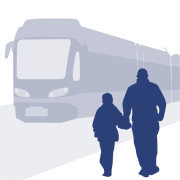 There hasn’t been an update in our Progress on Our Doorstep series for a while, because the complexity of construction projects allows progress to happen for weeks without visible milestones.

Traffic has been flowing more smoothly than expected on the north side of University Avenue, and part of Raymond Avenue was torn up for further infrastructure improvements. This has caused pedestrian detours, which have changed from week to week, but have never been a significant hassle to overcome. Fortunately, everyone’s patience was recently rewarded with two very visible milestones.

First, freshly poured curbs have appeared alongside new asphalt on our stretch of University Avenue. Second, the framework of the future Raymond Avenue light rail station has arisen, immediately in front of our building’s doorstep. Further up the avenue towards Emerald Street, uniquely colored crosswalks are being installed and sidewalks are being reconstructed, which is documented by an informative blog from a city planner, called Let There Be Light Rail. We have yet to see new sidewalks at University & Raymond, but it is a matter of weeks instead of months, which makes this frequent pedestrian very happy.

Soon, traffic will be redirected to the newly paved southern side of University Avenue, and construction will move to the northern side of the street. By the end of the year, all four lanes of traffic will be flowing freely. After the winter, this traffic will be flowing freely alongside the construction of tracks, stations, and other light rail infrastructure in the center of the avenue. Sadly, I often find myself assuring people that this construction is taking place on segments of road at a time, and never for more than a few months, which is contrary to many perceptions.

Construction has been disruptive, but that is the nature of all construction projects. As we have pointed out, if this was only a much-needed repaving of University Avenue, businesses would be disrupted without any aid or even much attention. As it happens, this is both a much-need rehaul of University Avenue and an installation of a much-needed light rail link between the Twin Cities. Fortunately, all of the apocalyptic predictions of empty storefronts have fallen flat thus far, as the Central Corridor has seen a net gain in businesses.

We are happy to see such visible progress on our doorstep, which persists even in times of impasse and polarization among policy makers. The Central Corridor light rail is a wise investment, and the construction is a job-creating necessity, which makes us happy to deal with the inconveniences it brings, and even happier to support the local businesses affected by it.