Six Minnesotans will receive this year’s Virginia McKnight Binger Awards in Human Service and $10,000 each during a private luncheon at the McKnight Foundation headquarters in Minneapolis Wednesday.

Over the past 29 years, the foundation has given the award in recognition of Minnesota residents who are making a difference in the lives of others through community service.

A committee of six people with decades of experience in the human-service arena chose the winners from a pool of more than 75 nominations.

MinnPost interviewed the six recipients, who include community activists, mentors and advocates for the immigrant, homeless and underserved communities. Here is a look at their service to communities across Minnesota:

Susan Neis of Minneapolis is the executive director of Cornerstone Advocacy Service, which she has been serving since 1985. The nonprofit organization provides abused women and children with shelter, transitional housing, legal services, as well as comprehensive service programs for children who have experienced and witnessed violence. 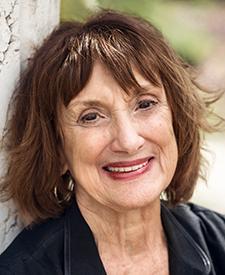 Neis isn’t new to the plight of the victims she serves: “I, actually, am a survivor of domestic violence. I left after I had four children.”

When Neis first joined the organization, it was located in a small room in a Bloomington church with a small number of volunteers. Under her leadership, the organization expanded to a staff of 80, providing services to nearly 4,000 victims in 10 cities across Hennepin County.

Juan Linares of St. Paul discovered more than two decades ago that working with Catholic Charities of St. Paul and Minneapolis to help feed, clothe and shelter poor people wasn’t enough. So in 1992, after serving the organization for about 25 years, Linares asked himself: “What else can I do to help these people, besides giving them food and clothes?” 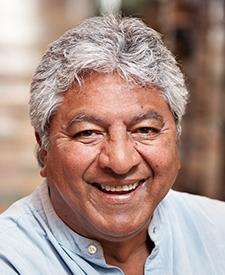 “I realized that I wasn’t doing what folks wanted,” Linares said. “I was just putting a bandage on a bleeding wound.” Instead, he wanted to heal the wound — to correct the broken system of immigration, to teach people skills and ways to advocate for themselves.

Linares said he felt he could contribute to society more effectively if he became an activist, rallying people around empowering his Latino community, fighting the root causes of poverty, increasing access to resources for immigrants and improving racial equality.

Linares takes pride in his longtime activism of organizing people around a common interest: “Everybody who comes to this country comes for a reason. And most of the time, that reason is economic reason. They come to better their lives, to establish a quality lifestyle and prosperous families.” He organizes around what people need. For instance, he punctuates the talents, gifts and abilities of immigrants.

“A lot of immigrants feel worthless just because they don’t have a college degree,” he said. “They speak in terms of deficits. I help them to get out of that and go to asset mentality, by capitalizing on what they know, what their abilities are.”

Melissa Eagle Uhlmann of Rochester volunteers at the Intercultural Mutual Assistance Association (IMAA), helping immigrant communities in her area navigate life in the United States. Despite her busy schedule, Uhlmann, a registered nurse, wife and mother of five, has been serving at IMAA about 20 hours a week for five years. 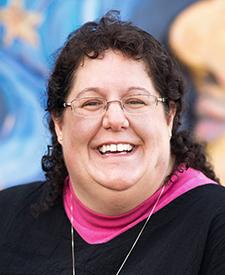 Over the years, she has taught nursing-assistant classes, facilitated community health workshops and trained medical interpreters — skills that have opened employment doors for the immigrants.

“The IMAA works with immigrants and refugees, and people aren’t always very kind to these people,” Uhlmann said. “These are often people that others don’t want to talk to. And yet when I listen to their stories and they tell me the things that they’ve experienced, I see wonderful people.”

Uhlmann has watched many people overcome challenges and establish better lives for themselves and for their families.

“It’s rewarding to see somebody grow,” she said. “Many of these folks have gone through horrible situations…and it’s wonderful to just watch somebody who’s really struggling, watch them grow, watch them get their first jobs, or watch them go back to school, or watch a woman who didn’t have the opportunity of education. That’s exciting. That’s life-changing stuff. And if I can be a little part of that, that’s just awesome.”

Liz Kuoppala of Moorhead grew up on the Iron Range with 10 children. Early on, Kuoppala learned the importance of working together with others.

“I saw it every day,” she said. “Together we decided what we should have for breakfast, for dinner. The more we could get to an agreement, the more we were more likely to get what we wanted.” 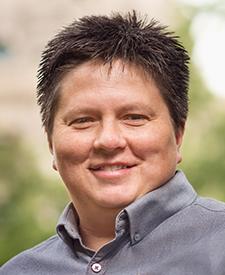 Even though Kuoppala’s big family had faced economic struggles, one thing was clear to her and to her siblings: No matter how poor, “we knew we were just as smart and capable as anybody else, we just had less access to opportunity.”

Today, as a director of the Minnesota Coalition for the Homeless, Kuoppala serves as a legislative advocate for thousands of homeless families and individuals in the state.

“This year, we helped a lot of the people to secure $100 million for housing, which will help between 5,000 to 20,000 families,” she said. “We are eight staff, we do primarily legislative advocacy on behalf of our member organizations.”

Brenda Anderson of Waseca serves children who have been raised in the foster-care system and disconnected from the important people in their lives.

“The kids I work with have been in multiple foster-care placements and others in juvenile court systems,” she said. “Many people have given up on these children.” 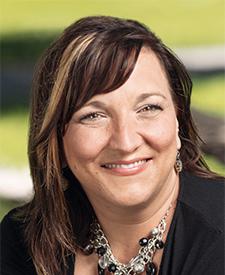 As an intensive trauma specialist at Anu Family Services, Anderson works on traumas the children have been through. She also helps them find important people and important things that they have lost from the constant moves they have had.

Anderson eventually left the security of a government job so she could create a support system for the foster children in their own communities, instead of depending on a government system.

“It’s been amazing,” she said of her current job. “It’s everything I was lacking in my job before. I’ve the freedom to do some healing and not just treatment.”

Barbara Fabre of Ogema has been a longtime advocate for early childhood development on the White Earth Reservation. She now serves as the director of the White Earth Child Care/Early Childhood Program. 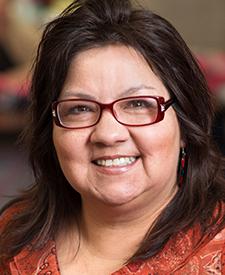 Fabre was one of the first people to establish tribal child-care service in Ogema. With no system in place, Fabre developed licensing standards on her own, thanks to previous experience working in Indian child welfare.

When the program started many years ago, Fabre was the only employee. Now she manages 15 staff members, while the program continues to expand to other services.