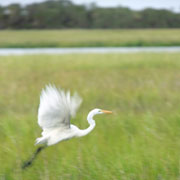 Although some attention around a new Minnesota Vikings stadium in the Twin Cities has shifted to a possible Minneapolis site, the team’s preferred location in Arden Hills should not be forgotten. And that’s with or without a stadium.

The proposed 430 acre Arden Hills site is currently part of the larger 2,400 acre Twin Cities Army Ammunition Plant (TCAAP) land area, but after months of negotiations the Ramsey County Board recently voted unanimously to purchase the site from the Army. If the plan to build a stadium on the newly purchased site falls through, Ramsey County will likely appropriate it to some other residential or commercial development.

But there’s one hitch to future development of any kind at the site. The TCAAP is a Superfund site and is currently on the National Priorities List (NPL) due to the release or threatened release of hazardous substances, pollutants, or contaminants. The Army used the plant from the beginning of U.S. involvement in World War II through the Vietnam War to test, manufacture and disable ammunition rounds, resulting in the release of numerous nasty chemicals into the area’s soil and water. More worrisome is that some of these chemicals seeped into the groundwater aquifers that surrounding cities like Arden Hills and New Brighton used to rely on.

Since the TCAAP first appeared on the NPL in 1983, the Army, U.S. Environmental Protection Agency (EPA) and Minnesota Pollution Control Agency (MPCA) have made considerable progress in removing these chemicals and cleaning up the site. However, final stages of this effort still need to be completed, and the site will need continued monitoring in the future to detect and control any spread of groundwater contamination.

The TCAAP site is a wasted brownfield that occupies the largest piece of undeveloped land in the Twin Cities and is an eyesore in the community; nearly anything that is placed there, Vikings stadium or otherwise, will be an improvement. But to prevent unsafe human and wildlife exposure to toxic chemicals in the area, we must ensure that any action moving forward includes efforts to complete the cleanup of the site and allow for stringent monitoring in the future.