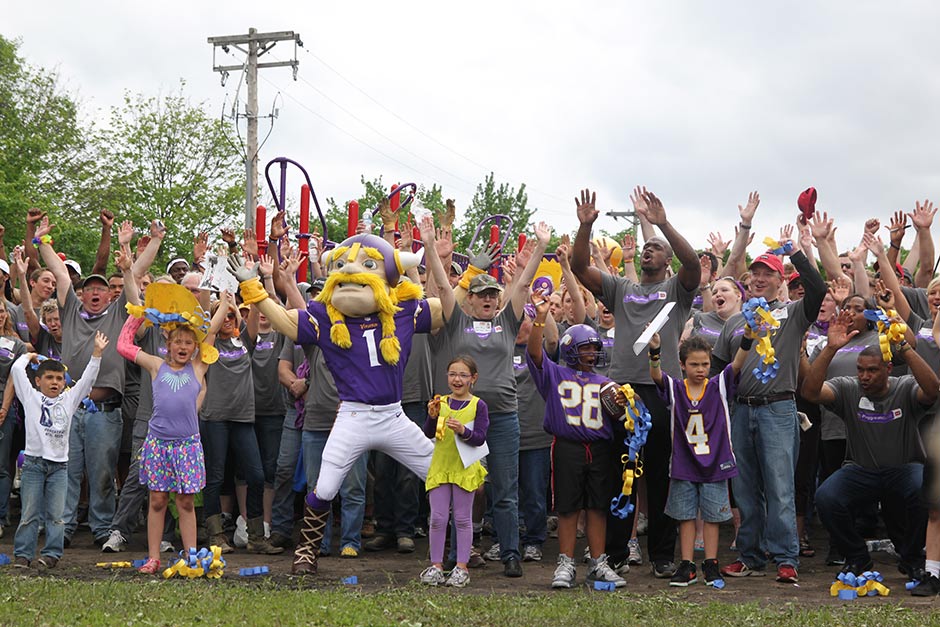 Adult volunteers, school children, and the Vikings celebrate the new playground at Howe with a ribbon cutting.

Can a playground get built in a day? You betcha!

With the work of more than 200 community volunteers and all of the Vikings coaches and players, a new KaBOOM! playground was built in less than five hours at the Howe campus of Hiawatha Community School.

This morning, volunteers moved approximately eight tractor trailers of mulch, thousands of pounds of concrete by hand, and installed garden boxes and a mural at the school.

The playground design was based on drawings by children who provided their input at a design event in March.

The build day was a collaboration between Minneapolis Public Schools, Hiawatha PTO, The Toro Company, KaBOOM!, and the Minnesota Vikings. This is the eighth playground built in the Twin Cities with the help of the Vikings and the Toro Company. Together, they have donated nearly $529,000 towards playgrounds at local schools. 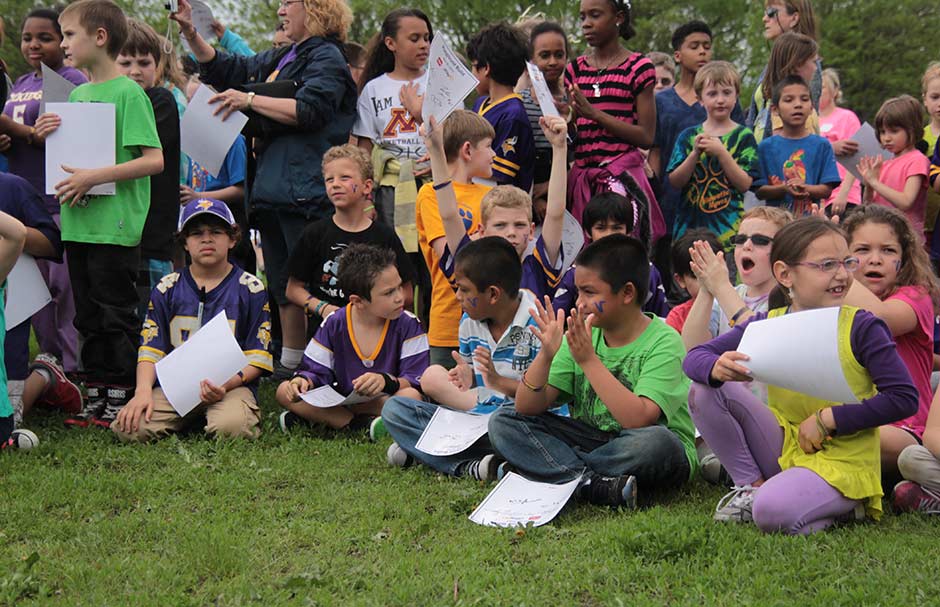 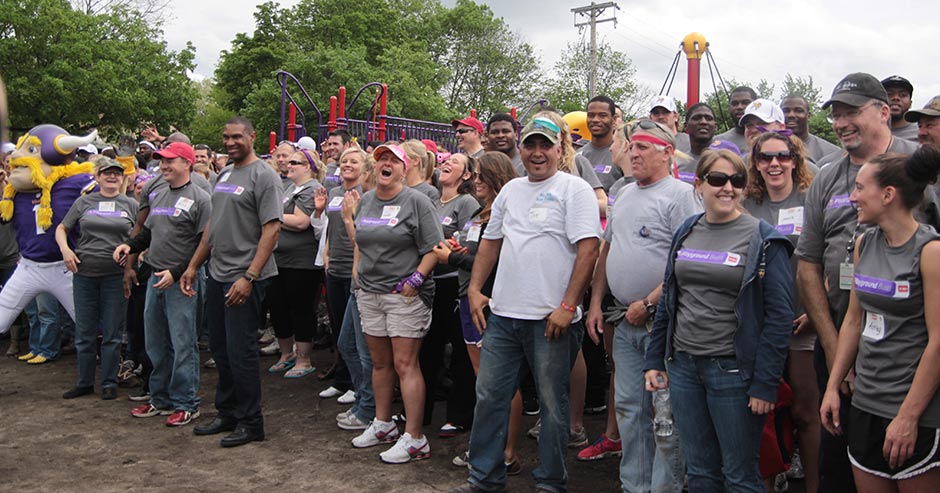 The adult volunteers are all smiles as they line up for a picture after spending a morning building the playground.

The new playground will be ready for kids in 72 hours – when the concrete dries. 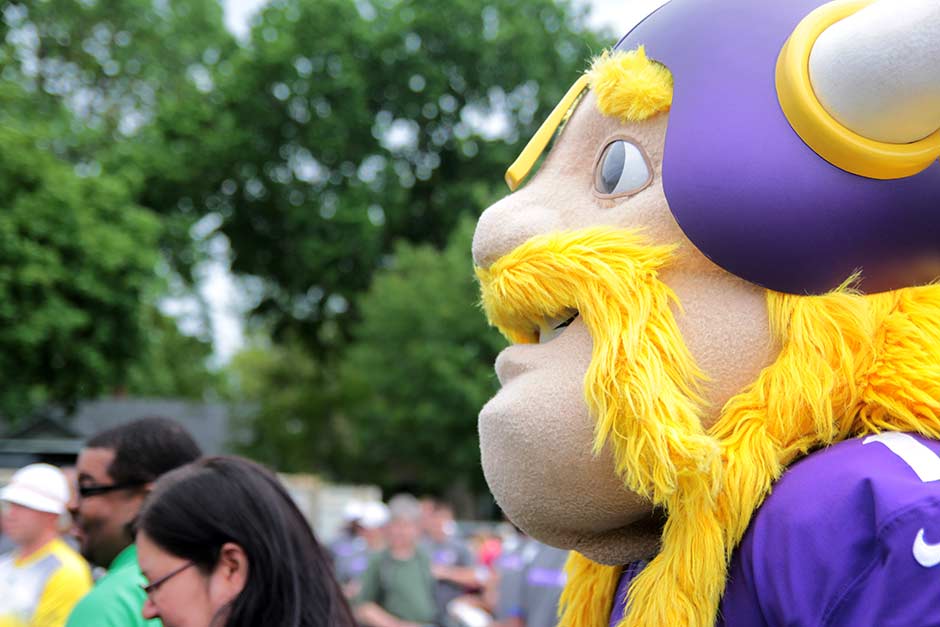 Even the Vikings mascot showed up to take part in the festivities. 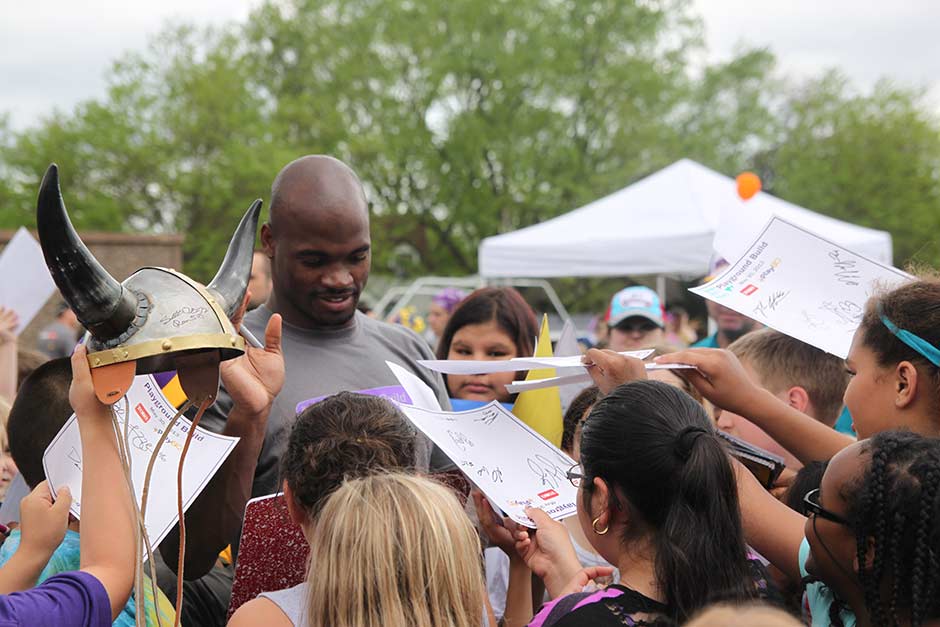 While all of the kids had special sheets to collect autographs from Vikings players, one stood out by bringing a helmet for signatures.