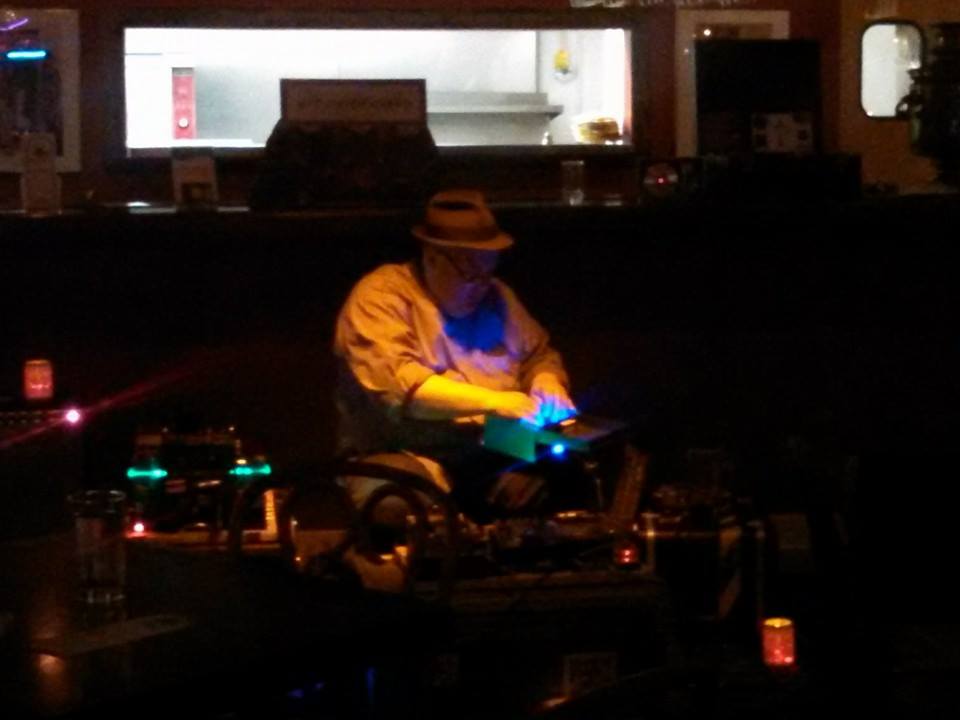 Thursdays continue to be the most interesting nights in Mac Groveland at Khyber Pass. That’s where Tim Kaiser performed with his music boxes on July 24. Kaiser, who has been playing all over the world for 30 years, specializes in experimental music.

His music comes from deconstructed (maybe reconstructed) electronic music boxes of all shapes and sizes. Some of those boxes look like the vintage music mechanics – minus the jagged spool playing the metal tines. Kaiser plays the tines with tuners and a bow and his hands and other make-do instruments. The sounds produced vary. Sometimes is sounds like a clock tick-tocking, sometimes it sounds like chimes and sometimes you can hear the winding of the instrument.

Some of the boxes are like block boxes where you can’t see what’s going on but mysterious sounds emerge, like gongs under water. The mystery is enhanced by the lighting and candle effects which are both part of the performance and the exotic setting of the Khyber Pass.

Kaiser records the sounds and manipulates them as he plays them back. At times (my favorite times) it feels like time is being slowed down and stretched as the tick-tocking gets warped and played at different tempos and volumes. It is like being inside a music box in the Twilight Zone.

But that’s just a chapter in the work of the performance. There were moments that felt like a dirt track date or like clanking the side of a submarine or smooth static from a radio moving closer and closer. It’s experimental but easy to take in. The music is melodic and pretty with a touch of cacophony – just enough to add depth.