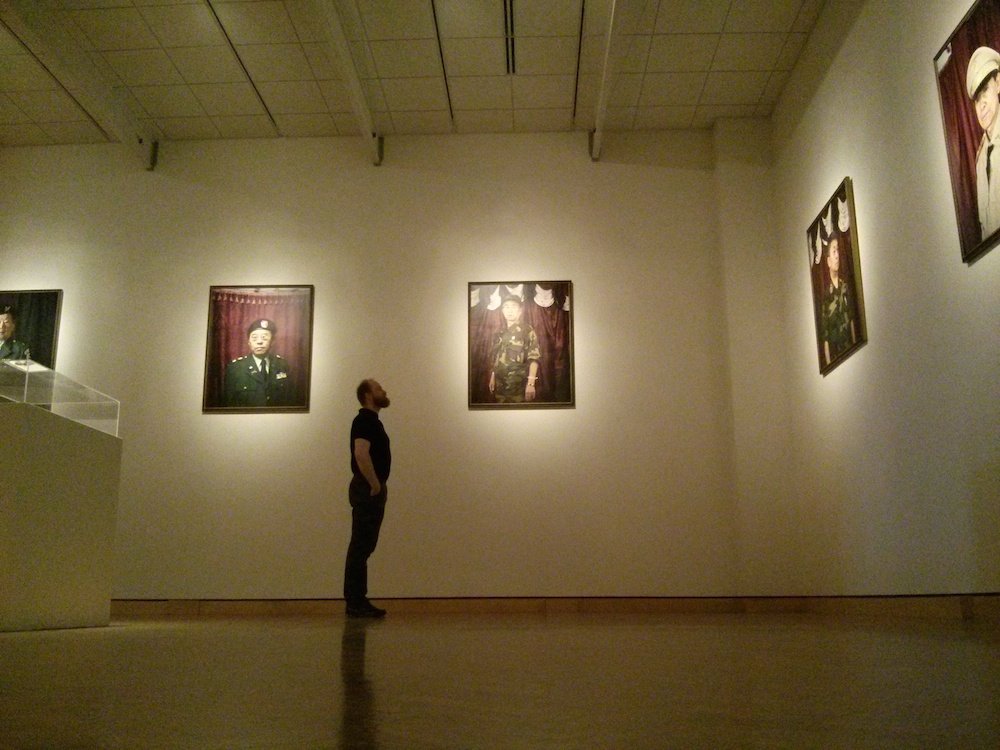 Without context, Pao Her’s photographs appear to be simply portraits of U.S. veterans from the 19th century. With context, The new installation Attention at the Minneapolis Institute of Arts provokes questions about international politics and what it means to be a Hmong American who served in Vietnam.

Pao Her, photographing Hmong American veterans of the Vietnam War in uniforms, medals, and ribbons they bought themselves, attempts to draw attention to their exclusion from recognition by the U.S. military. Since the war, many Hmong soldiers have immigrated to the U.S. and made their home here, but they are denied the benefits U.S. veterans receive because they were not officially a part of the U.S. military, even though the U.S. recruited and trained them to fight a civil war on our behalf.

Should a government be able to recruit and train foreign soldiers without recognizing an obligation to them as veterans? Should every soldier recruited and trained by the U.S. be recognized and provided with benefits? Does this change if the soldiers are displaced when the U.S. loses? The U.S. trained soldiers in Korea and Central America and continues to train soldiers in Iran. The way we answer these questions for Hmong Americans makes a difference to people across the globe.