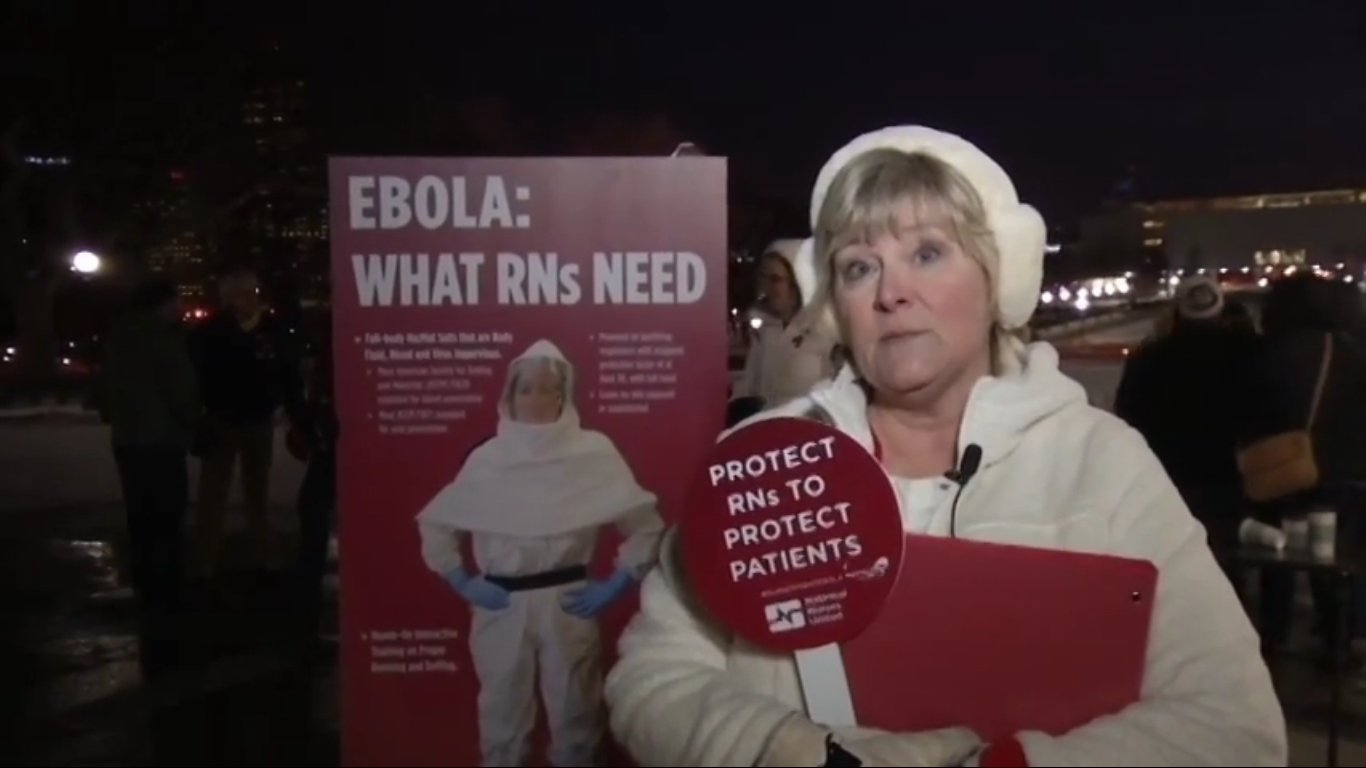 The Minnesota Nurses Association (MNA) held a rally and candlelight vigil at the Minnesota Capitol to draw attention to the lack of uniform and adequate safety procedures for dangerous viruses like Ebola at hospitals around the state.

Nurses from the Twin Cities, Bemidji and Duluth were joined by members of SEIU Healthcare Minnesota and others. They called on state officials to live up to their responsibility to protect front-line healthcare workers by providing mandates around equipment and training and enforcing existing laws.

“At my hospital, we do have some equipment and we have had some training – but it’s just not enough,” said Gail Olson, RN at Unity Hospital. “Nurses keep asking the hospital for more because we know what we have is not the best protection. Nurses want to care for every patient – with Ebola, any infectious disease – any health problem.”

MNA nurses will file complaints with the state OSHA office if they feel their workplaces are unprepared for Ebola or other infectious diseases. OSHA can investigate alleged violations and impose fines on hospitals that are not providing necessary safety equipment and training. Regulations that cover bloodborne diseases require impermeable protective equipment.

“You have the right to file a complaint with the Minnesota OSHA,” said Mary McGibbon, MNA vice president and Methodist Hospital RN. “You have a right to call and ask for inspectors to come to your hospital to see if the equipment and preparedness plans meet federal and state law.”

Lack of consistent standards and guildines is part of the problem.

“It’s kinda like everybody is trying to reinvent the wheel,” said McGibbon. “Every facility is trying to come up with their own plan and there should be one plan.”

“The Centers for Disease Control has “either-or” guidelines and these are confusing to people,” said National Nurses United co-president Jean Ross. “Instead of picking from a smorgasbord, we want the same standards for all hospitals across the United States so all of our nurses are protected.”

The rally and candlelight vigil were part of the National Day of Ebola Preparedness organized by National Nurses United. Thousands of nurses and other healthcare workers across the country held public events to demand optimal protective equipment, training, and staffing to make sure healthcare workers are safe as they care for their patients.