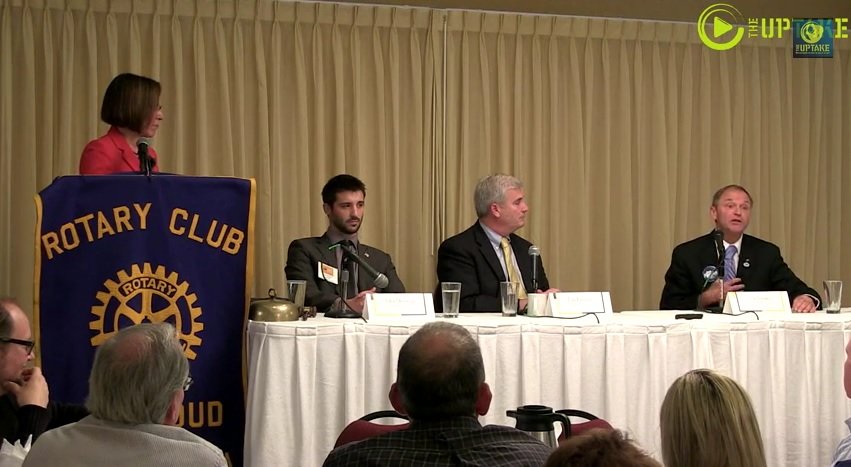 (Still from debate video by The Uptake) Video clip below.

“This is difficult for me to say because I’ve always been taught to be a nice polite person,” Perske starts off. “Tom has been very dividing. Very divisive. Even in his own party. In the legislature he’s been bullying, threatening … He has a record of being uncooperative.”

Perske then goes on to discuss Emmer’s DWI arrests, and accuses Emmer of being “self-serving.”

When the moderator asks Emmer if he’d like a one minute rebuttal, Emmer responds with “Ah, no. Thank you for having me today.”

Watch the whole encounter in the video below: