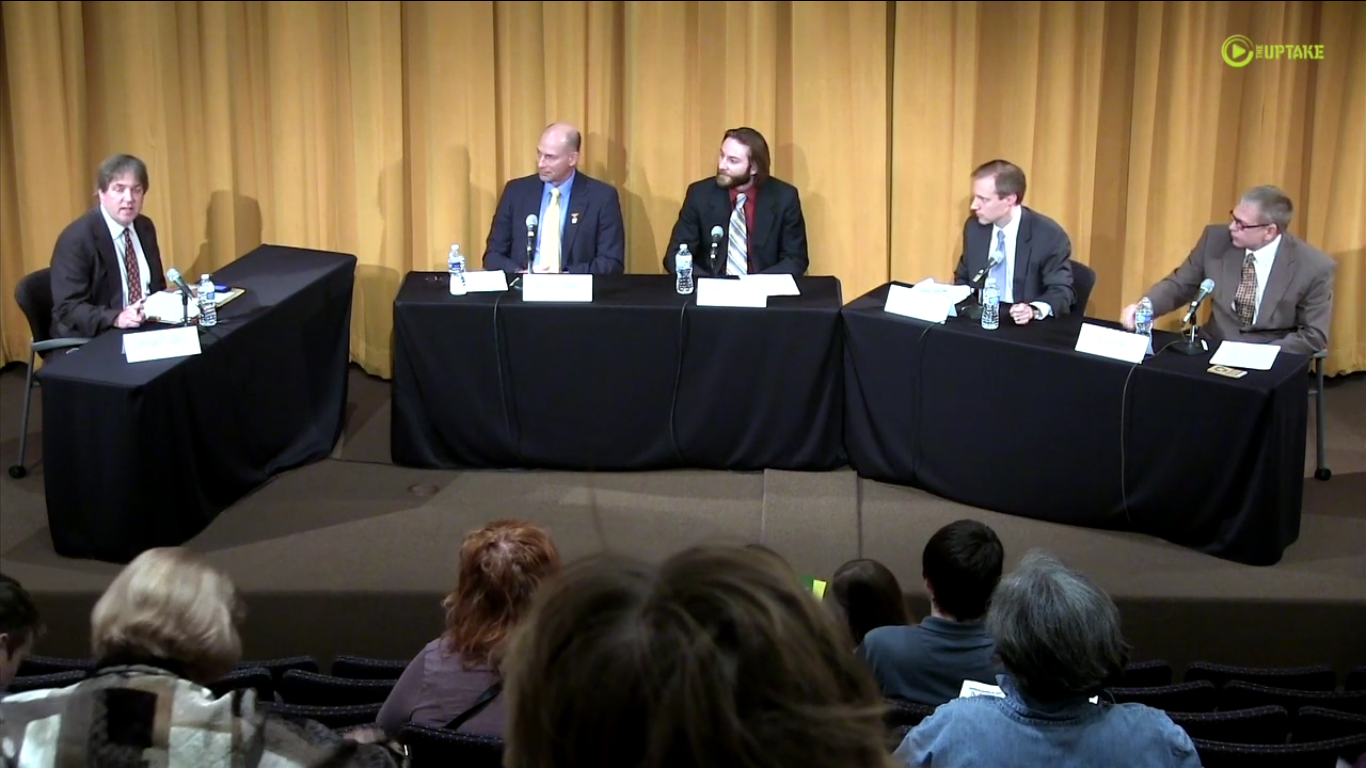 Secretary of State Mark Ritchie is stepping down after two terms that have been filled with battles over voters rights — from recounting absentee ballots in the very close U.S. Senate race between Al Franken and Norm Coleman, to fighting back against a voter suppression “voter photo ID” constitutional amendment, to making Minnesota’s absentee balloting easier and “excuse free.” The lines that were drawn in those battles between Ritchie (a Democrat) and Republicans remain in place as Democrat Steve Simon takes on Republican Dan Severson. Simon promises to carry on and expand Ritchie’s work. Severson would like more restrictions on voting in the name of preventing “voter fraud.”

Scroll down for video of the debate.

After the debate Dan Severson, Republican secretary of state candidate is asked about his assertions that voters in the military are not covered by Minnesota’s new “no excuse” absentee ballot law. Severson had said previously that military voters must give an excuse – something that the secretary of state’s office says he is wrong on.