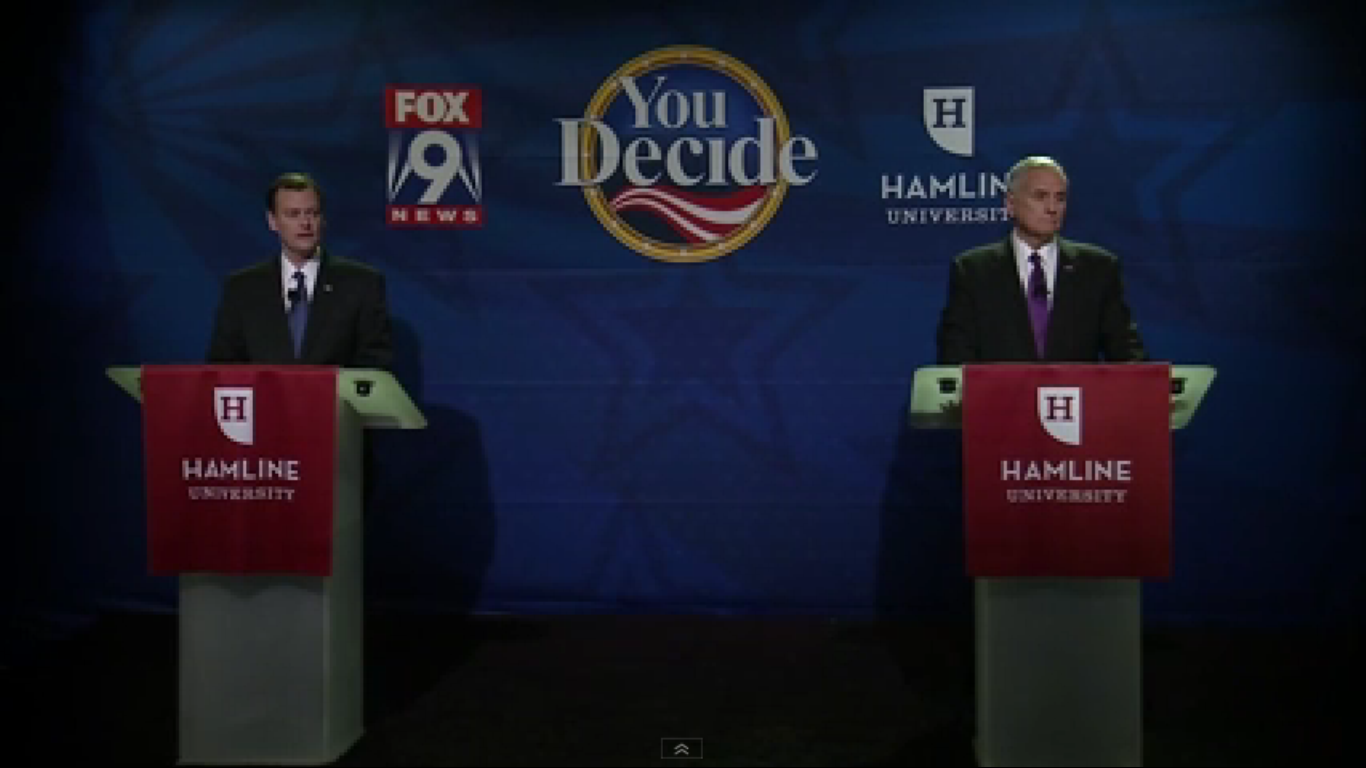 Scroll down for full video of the debate.

Nicollet told supporters and the media she is considering legal action against Hamline because she says their non-profit charter prohibits the school from favoring one candidate for public office over another. A Nicollet campaign spokesperson says when they approached Hamline to point out excluding candidates from the debate would go against the IRS rules for non-profits, Hamline changed its website describing the debate. The Nicollet campaign says the Hamline website originally described the debate as a “partnership” with KMSP-TV, but Hamline changed that to say it was the “host” of the debate.

When asked about the website change, Hamline issued a statement that did not directly address the website language:

To clarify Hamline’s involvement in the debate content decision-making, the editorial decisions, such as which candidates would appear at this event were entirely those of FOX9.

Hamline was approached as a partner venue to provide a site for this event, and FOX9 rented that space from the university. Hamline does not support or oppose candidates for public office. The opinions expressed at this event are not those of the university.

Above: full video of the debate courtesy of KMSP-TV

Below: Hannah Nicollet and supporters protest outside the debate.