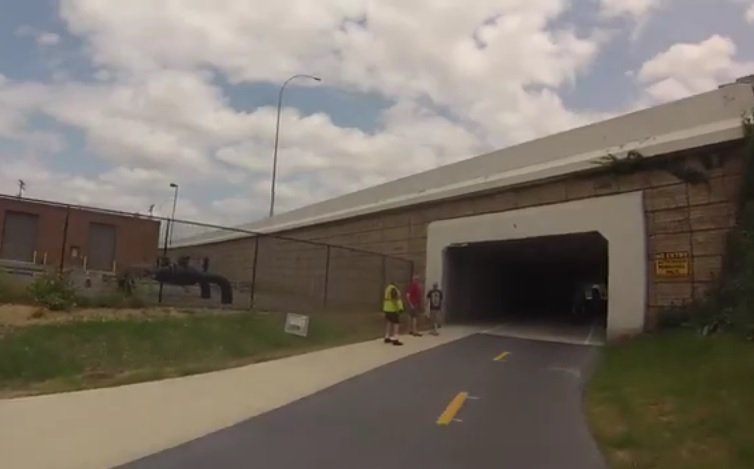 Phase III of the Dinkytown Greenway, an off road bike trail that connects the University of Minnesota with downtown, opened on July 20 with a ribbon cutting ceremony and two group rides. Phase III utilizes a tunnel under the 35W bridge approach that was built under the bridge when it was reconstructed.
Council Members Jacob Frey and Cam Gordon led group rides from Gateway Park and TCF Stadium and met Minneapolis Mayor Betsy Hodges and other local leaders at Bluff Street Park, near where the tunnel connects Bridge #9 and an off-road bike trail that leads to the far end of the University of Minnesota campus with on-street bike lanes on 2nd Street South that lead to downtown.

This video takes a look at the Gateway Park Group ride and the speeches and ribbon cutting at Bluff Street Park: