MC John Huerth, a Vietnam veteran, opened the ceremony playing taps on his harmonica. “This is for all our loved ones who couldn’t be with us today,” he said.

Huerth spent his service years digging foxholes in Vietnam where solider ants and leeches were a constant challenge, he said.

Many branches of service

Many residents described service years in Korea, Vietnam, and World War II. Some served in the Reserves or Nursing Corps.

Fred was in the Signal Corps in Korea “sending messages to the boys.” Earl was an Army operating room specialist while Phil was in the Naval Air Reserves. Patrick was drafted in June of 1944 and served in the Railroad Battalion. One nurse veteran gave injections to Marines going over to Vietnam (“Those Marines would cry,” she said jokingly). Arnold flew B52s for the Air Force in World War II. Army paratroopers and flight engineers all told stories of serving in the military.

Twenty-three veterans were honored at the celebration, which included cake, ice cream, and military songs. A large crowd of supporters came to applaud and listen to the veterans’ stories.

Yorktown Apartments have been doing a Veterans Day gala for many years, because a lot of vets live in the complex. 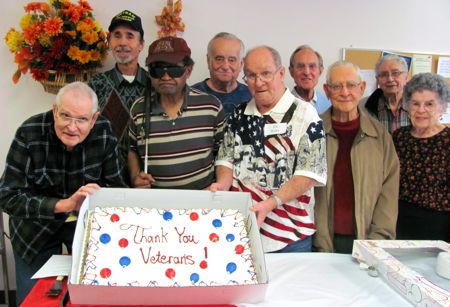 (Above) Veterans were presented with a cake. (Photos by Barb Teed) 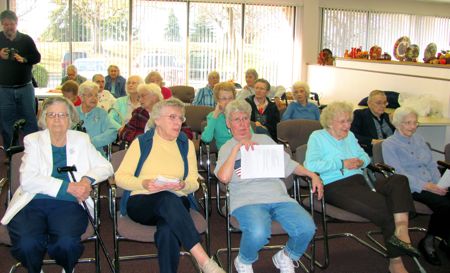 (Above) A large crowd of Veterans Day supporters attended the celebration. 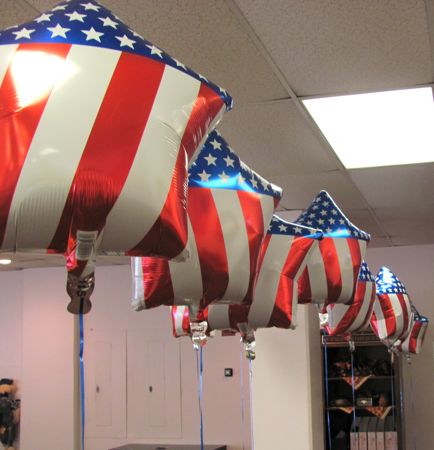 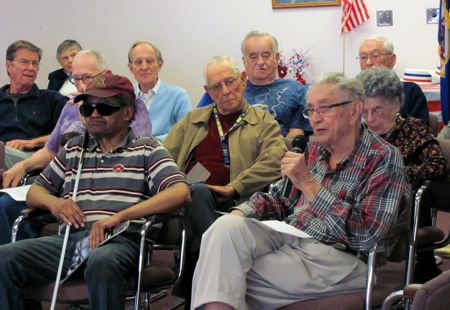 (Above) Each veteran gave his or her first name, rank, and a small story about their service. Here WWII vet Arnold describes flying B52s. “I graduated from high school and went right to Fort Snelling. I was given a uniform that smelled like moth balls,” he said. 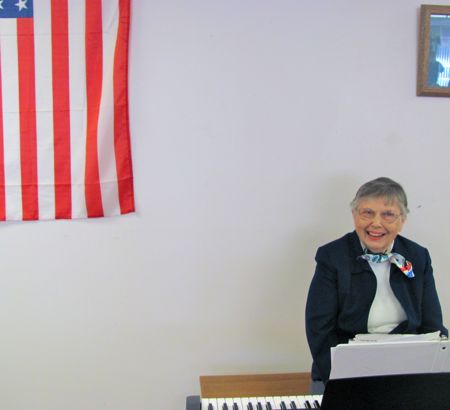