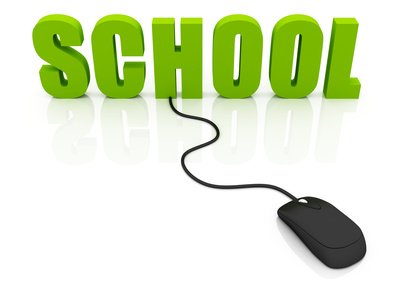 Under Rich Valerga’s tenure as Chief Information Officer (CIO) for the Minneapolis Public Schools (MPS), the district’s information technology department has undergone extensive changes, most notably in terms of who is employed there. As of May 2014, thirty-four of the department’s approximately sixty employees had been laid off, “excessed,” fired, or otherwise let go. This has left many current and former IT employees wondering what Valerga’s vision is for the IT department.

Rich Valerga took the job in August 2013, and is the third CIO to hold the position since it was created as part of a district-led restructuring of the IT department in late 2011. See related article: Leaner or meaner? Minneapolis Public Schools makes changes in IT department

In an interview with Valerga, held in his office at MPS’ Davis Center headquarters, he answered some questions and explained what his vision for the IT department is. The interview was kept to a brief thirty minutes at the direction of MPS’ new Media Relations supervisor, Myrle Croasdale, who sat in on the interview, along with MPS Communications employee Larissa Mavros.

When pressed for further details, Croasdale and Valerga said that there currently is not a separate, distinct plan for the IT department, as all departments within MPS are waiting for the district’s “Strategic Plan 2020” to be finalized. According to Croasdale and Valerga, the IT department’s future vision will be “aligned” to meet the broader plan for MPS that will be articulated in the upcoming strategic plan.

Valerga did state that, since he has become CIO, he has worked to reshape the IT department towards a “process-driven approach,” in contrast to the “fire-fighting” approach to problem solving that he said previously existed in the IT department. Croasdale expanded on this point, saying that such a process-driven method “aligns with what you see in corporations,” which Valerga confirmed. When asked whether MPS was a corporation, both Croasdale and Valerga said no, but did indicate that many “best practices” found in corporate IT departments could be applied to a school district’s IT department. Valerga, for example, referenced the Council on Great City Schools as a source of valuable strategies for the IT department.

Valerga also said that, for him, outsourcing IT services is not a priority because there is “no cost savings benefit” for this, and “no philosophical drive to that.” He did indicate a willingness to use consultants, as necessary, for evaluating the department or temporarily filling long-term vacancies. He mentioned KPGM consultants as an example of a group he has pulled in this year.

He also mentioned doing site visits to MPS schools this year, and seeing the “robust tool sets” teachers have come to appreciate in their classrooms, such as document cameras, smart boards, and in-class projectors. He also spoke of the value “teachers on special assignment,” or TOSAs, can provide to schools through the IT department, as they have teaching experience and expertise in utilizing technology in the classroom. Valerga spoke of wanting to “leverage resources” by having TOSAs, who have previously worked throughout the district on a variety of IT tasks, become “project-specific.” He says he plans to hire eight TOSAs, as well as a director to oversee them.

Valerga’s desire to have eight TOSAs working in the IT department, under the guidance of a director, is an example of the personnel changes and restructuring he has done since becoming CIO. According to sources within the IT department, TOSAs were originally brought in to the IT department under former Executive Director Coleen Kosloski, and were largely responsible for getting teacher-friendly tech equipment into classrooms. Prior to MPS adding a CIO position in 2012, all TOSAs reported directly to the IT department’s executive director.

This year, all seven of the long-term TOSAs were fired, laid off, or have otherwise left the IT department. Now, Valerga is trying to hire for these positions.