There is a small area in the West 7th neighborhood that was hit particularly hard by foreclosures and so the neighbors got together in 2008 and started working together to stabilize the neighborhood. Many of the homes were rentals and several of those were larger homes that were split up into multiple units.

“The Little Bohemia Neighborhood Association is a grass roots organization whose members are local residents, landlords, and business owners dedicated to developing a safe, clean, pedestrian-friendly urban residential neighborhood.” [from the web site]

The group is working on several projects that range from community gardens and bike paths to tackling zoning issues and increasing neighborhood safety. The group is composed of residents, business owners and landlords.

Some of the vacant homes in Little Bohemia have been demolished and others have been rehabbed or are in the process of rehabilitation. The Fort Road Federation a non-profit neighborhood group affiliated with St. Paul district council 9 are working to renovate several properties in the neighborhood. These homes will eventually be put on the market and sold to owner occupants. 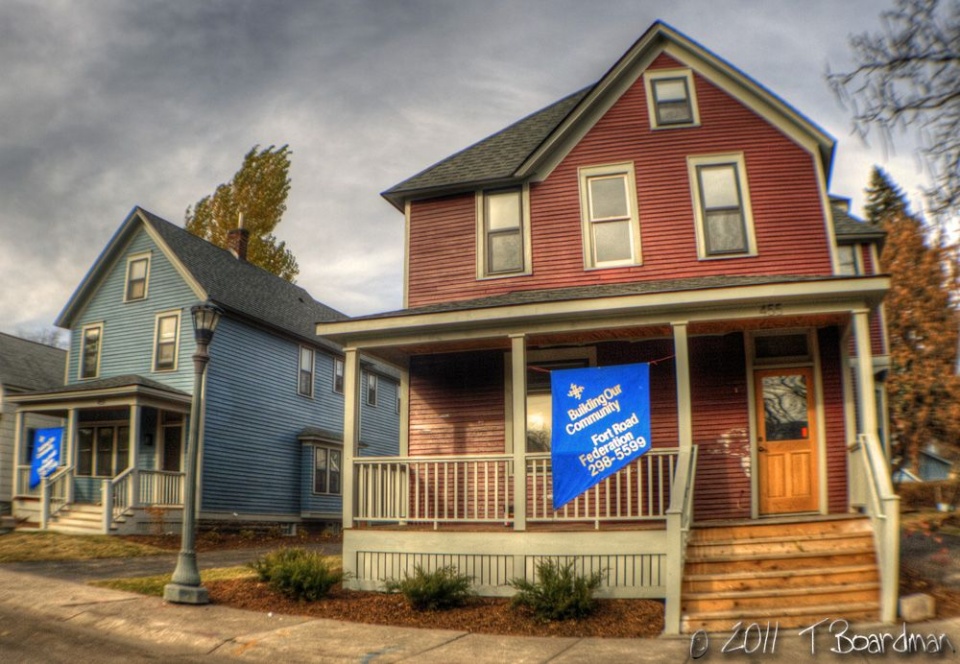 These two homes are side-by-side on a stretch of Banfil street on the North side of West 7th near 35E.  It is a quiet little pocket near downtown St. Paul and has some of the oldest homes in the city. 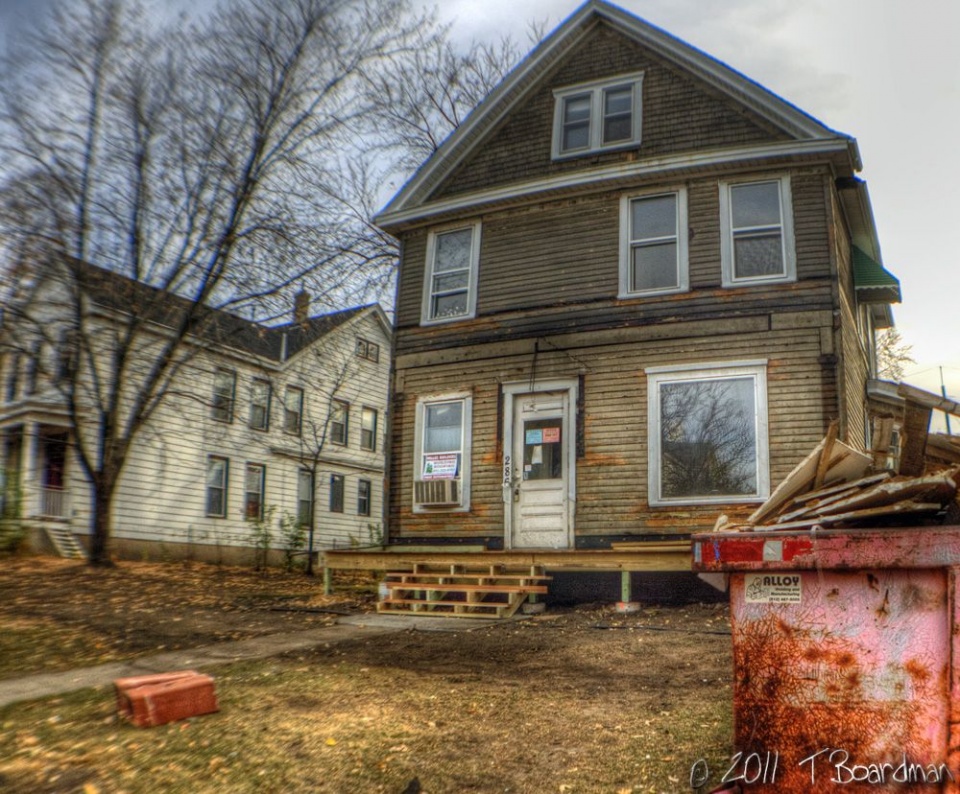 The home on Harris is a diamond in the rough.  None of the houses are crooked or bulge but were taken with a fish eye lens attachment that I sometimes put on my camera before I go out to play.