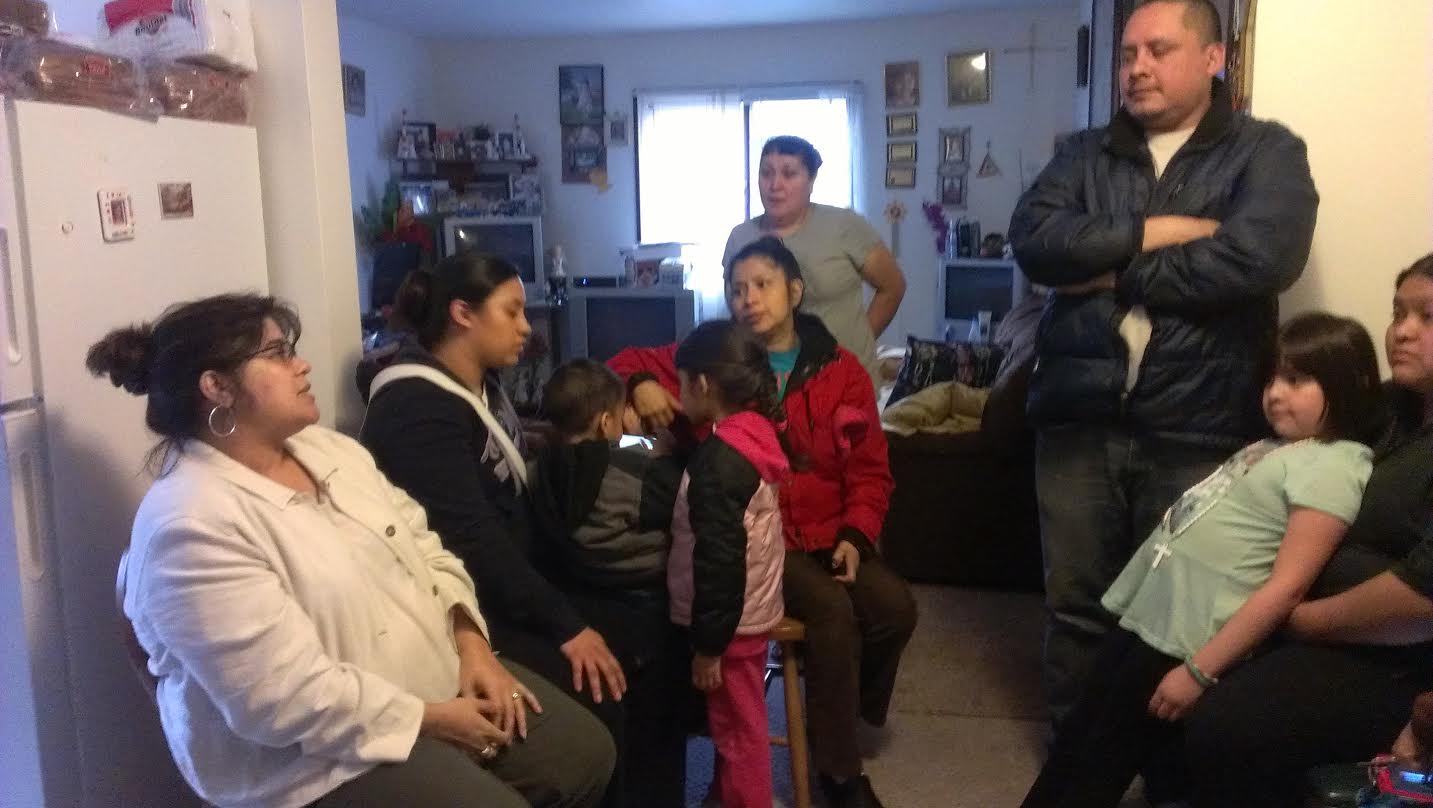 On May 12, Corcoran Neighborhood Organization and a group of residents experiencing sub-standard housing conditions met with Director of Regulatory Services Nuria Rivera-Vandermyde with the City of Minneapolis, and Deputy Director Kellie Jones.

CNO strongly supports renter rights to housing that will not make them sick, cause undue harm, and is of quality. However, this continues to be a concern at six apartment buildings in Corcoran due to delayed investments by owned Steven Frenz, and his management company The Apartment Shop. Affected properties include 3105, 3112, 3116, 3122, 3141 on 22nd Ave, and 3215 21st Ave.

Residents, with the support of CNO and legal advocates HOME Line, have made numerous direct requests to the landlord for reasonable repairs. For example, it took nearly a year of advocacy with phone calls, in-person office visits and letters before management replaced hallway carpet in four buildings. Longtime residents reported that the carpet was more than 15 years old, being well beyond the rental industry’s standard of depreciating carpet over 7-8 years. When the old carpet was finally being pulled up this spring at on the third floor of 3105 22nd Ave, there were immediate signs of an ongoing bedbug infestation.

Several residents requesting replacement of similar carpet in their units have been told by landlord Frenz that it would only be fixed if they decided to move out. Frenz has also coerced residents experiencing bedbugs into paying extermination costs despite whole building problems that HOME Line’s attorneys have advised is illegal.

Director Rivera-Vandermyde has responded with strong action by following residents’ recommendation for full building inspections that have been scheduled for July. Already, 16 inspections orders written at 3112 22nd Ave have compelled noticeable improvement of exterior peeling paint.

Decent housing is not only the reasonability of property owners, and the City of Minneapolis that regulates landlords by issuing rental licenses. We in neighborhood groups, which seek to represent our residents, have an important role to play because residents who rent are often the same folks who face real, everyday marginalization in our society. Through CNO’s canvassing and consistent outreach, we know that people of color make up over 90% of residents in Corcoran buildings managed by The Apartment Shop. Additionally, a wide majority of residents identify themselves with an immigrant background, and a significant number also have disabilities.

CNO and residents are urging the City to overcome language and cultural barriers in the housing inspection process. Spanish is the overwhelming majority language spoken in these apartment buildings, and African American residents have expressed frustration with inspections due to misperception of what the resident wants fixed by the landlord.

These barriers are important to address as they limit the ability of City inspectors to ensure compliance with minimum housing standards.

Deputy Director Jones has assured that City policy reform is underway. For the first time, inspection consent cards sent to residents will be provided in Spanish language for the upcoming July full building inspections in Corcoran.

Rental apartments are critical to the continued vibrancy and inclusivity of Corcoran neighborhood. Residents who obtain their homes through rental agreements, whether as short as a few months or longer than a decade in the same unit, make up 42% of households in Corcoran. Together, we have the opportunity to raise the quality of life in our neighborhood, and advance racial & economic equity.