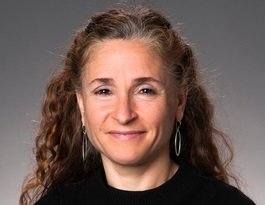 The University of St. Thomas adjunct faculty members have been voting on whether to unionize since July 03. Both the Administration and the Service Employees International Union (SEIU) have been very vocal. Just prior to the vote, two other collectives entered into the fray with great urgency, both of which wanted to grant the Administration time to work directly with adjuncts before unionizing. Despite their pressure, the Union gambled on winning more “yes” than “no” votes, rather than cancel the vote as it did at Macalester.

The first collective was made up of adjunct faculty members of the Theology Department, including myself. While not ideologically opposed to unionization, we concluded that the best strategy was to deliver to the Administration a proposal that would have required it to meet certain benchmarks by January 31, 2015, or those who signed would restart the unionization effort without reservation, and with greater unity. The proposal demanded that adjunct faculty be considered equals at President Julie Sullivan’s table in efforts to secure higher pay, health and retirement benefits, job security, professional development funds and other rights. Nearly 60 adjuncts signed on to our proposal.

At the same time a second collective emerged asking adjuncts to vote “no,” with the same goal of restarting the unionizing process if necessary. Their concern was with the rapid pace at which the SEUI had moved. All faculty at St. Thomas are tasked to teach students, “to think critically, and to act wisely.” This collective believed that adjuncts were not being given enough time to do either of these on their own behalf. Between 90-100 adjunct faculty signed on to this effort. The Union, however, did its own math.

At one of her last brown bag gatherings, Dr. Sullivan repeated her strong commitment to improve the working conditions of adjuncts without union interference. When directly and specifically asked whether a “no” vote would cause adjuncts to lose their leverage or bargaining power, she took two steps forward and stated adamantly that it would not or she would lose all credibility, not only with adjuncts but with full-time faculty, the staff, the students, the alumni, the community at large and the Board of Trustees as well. Also in attendance, the Chair of the Board, Mr. John Morrison affirmed that he fully supports Dr. Sullivan and would do whatever it takes to help her succeed.

I was a member of the original union organizing committee. As a Senior Adjunct, I have taught at St. Thomas for 23 years. I have never received health care or other benefits and the compensation I receive per class is inadequate, having increased only marginally over the years. Like many adjuncts, I forwent a more secure career-track to raise children. Like all, I am very committed to what I do here. Adjunct faculty are critical to the education of students at the St. Thomas. It is reported that 90 percent of the 100-level English courses this fall are to be taught by adjunct faculty.

For these reasons, I was strongly in favor of unionizing until I and several other members of the organizing committee met with Dr. Sullivan. Fully aware of what union-busting efforts look like, I gradually stepped back from the committee in order to discern what exactly to do with her pledge to improve our lot. When the Dean of the College of Arts and Sciences, Dr. Terry Langan professed his belief in Dr. Sullivan’s promises, in stark contrast to his disdain toward the policies of past administrations, I changed my course. If Dr. Langan would feel betrayed by Dr. Sullivan for failing to deliver, so would I.

Votes are to be received by July 18 and counted on July 21. It was not a sign of weakness to ask the Union to cancel the vote nor is it one to vote “no.” Instead, it is a gesture of good will towards and a sign of faith in Dr. Sullivan, something that adjuncts ask for in return. What unfolds in the next few days will define the tone and nature of this relationship. I am voting “no” and am confident that the Union will lose out on its gamble – at least for now.