The University of Minnesota has ambitious diversity goals, and Dr. Katrice A. Albert, in her newly appointed position as vice president for equity and diversity, is prepared to lead forward in pursuit of those goals.

Since 2005, Albert had served as chief diversity officer at Louisiana State University (LSU). She was responsible there for developing and implementing strategic initiatives and policies aimed at cultivating a campus environment that embraced individual difference, sustained inclusion, and enhanced institutional access and equity.

In her new role at the U of M, she will also be a member of the senior leadership group. While leading the university’s access, equity, and diverse multicultural resources and programs at the U of M, Albert will also collaborate with diverse Minnesota communities and uphold educational and employment equity.

Albert has a Ph.D. in counseling psychology. She was recognized by the National Diversity Council as one of Louisiana’s Most Powerful and Influential Women in 2010.

The MSR caught up with Dr. Albert (KA) for a phone interview on July 8. 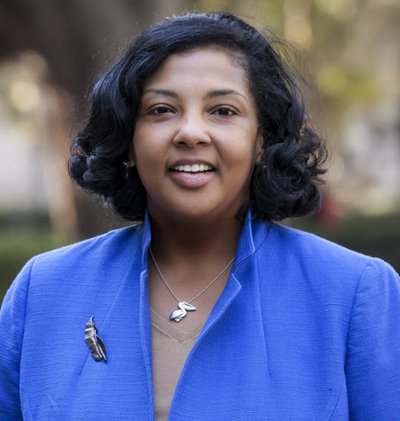 Right: Katrice Albert (Photo courtesy of the University of Minnesota)

MSR: Given your résumé and accomplishments, you have a unique panoramic perspective of the world. As it relates to individual initiative and American possibility, can you talk a little about the freedom and opportunity that you’ve discovered in your own life?

KA: I grew up in what I would consider a very working-class family even though my parents had higher education. My mother was a chemistry professor at Southern University in Baton Rouge. So, I was exposed to being on a college campus prior to even being born because she was still in school [while she was pregnant].

My dad was a petroleum engineer. They were just one generation removed from — on my dad’s side — sharecropping. So, my grandfather was the oldest sibling of 12 children, and so he stayed back and sharecropped so his younger siblings could have education.

Even though my parents had higher education, I think I grew up in a very working-class mentality. But I do know that I grew up with a lot of privilege. I was afforded a Catholic education, which in my small community, having a parochial education meant that my parents sacrificed in order to give me a better quality education than the public schooling. That was a road to freedom and opportunity…

I do believe that a career that was kind of set into motion because of a Catholic education — understanding hard work, understanding that I was standing on other people’s shoulders to get to where I got — it was just a focus on making sure that in my career I was bringing other people along, almost the adage “lifting as we climb,” and then demonstrating a commitment to service and leadership. So, I think that is very freeing, to know that even though I’m leading, I’m serving others at the same time…

It is not uncommon for me to have this conversation with other administrators who are really on the fast track to a career trajectory that they’re just marching to the top, verses realizing what they’re doing at this very moment. So, when the call came about this job, I was very happy at LSU [Louisiana State University].

I was on the move. I was making headway, making changes. We had the largest incoming class of African Americans and Hispanics. We were just about to dedicate a new African American cultural center and Women’s Center. So, when the call came about this job, I was like, oh, well, maybe I can take this show on the road. [laughing]

MSR: Affirmative Action in higher education and decisions based on race-based college admissions is a hot topic now since the Supreme Court sent a Texas case involving Abigail Fisher, a White Texan who sued the University of Texas after she was denied a spot in 2008, back to a lower court for a second viewing. Fisher has since earned her undergraduate degree from LSU, where you served in leadership positions in the office of multicultural affairs from 2001-2004. What is your perspective on the ruling and potential outcome?

KA: For the initial review, it’s basically that the court has affirmed the 2003 decision involving the University of Michigan, which approved race-conscious admissions. So, sending it back to the lower court to say whether or not the University of Texas is involved in strict scrutiny basically affirms the 2003 case.

So, the University of Texas and other institutions are still able to utilize race-conscious admission decisions. I think that at the U of M, the president has affirmed that diversity and access are top-of-list priorities…

I am sure that our office of the general counsel will be doing more in-depth reviews and will be working to determine how we identify any types of changes related to our admissions policies, but as it stands right now, we will continue to have a focus on diversity and access.

MSR: As your bio states, you have previously demonstrated a strong commitment to and engagement in your local community. What immediate plans do you have for creating community-university partnerships here in Minnesota communities?

KA: I’ve been already engaged in meetings and having meals with key community constituents and stakeholders, and doing some very strategic listening about things that the community sees as points of pride for the university as it relates to engaging the institution and the university’s commitment to the community as well as some of the challenges. They have already had several welcome receptions in key communities and some that are coming up.

I’ve also been very actively engaged with all of the units that report up to this office, specifically the business and community economic development office where they have a true commitment to building small businesses in communities of color. I’ve also met with some of…the folks who are a part of the Generation Next leadership. I will be serving on that committee partnership to try and help close the educational achievement gap.

So, I’ve already been busy trying to do strategic listening, hearing the points of pride, hearing some of the concerns. And getting myself out there and making myself available to stand ready to partner and use the university’s resources to help with some of these social concerns.

I’m also a Link and an AKA [Alpha Kappa Alpha]. So, they’ve already reached out to me, those types of community programs where the U can become more involved because of my relationship with the institutions and those civic organizations.